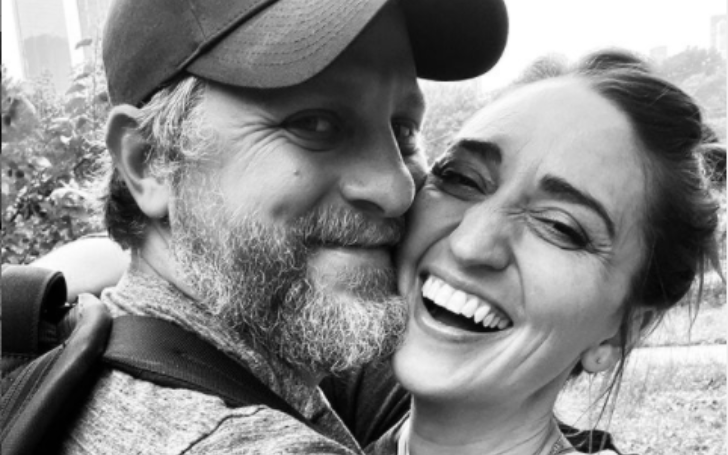 Sara Bareilles, 41, and Joe Tippett, 39, have been one of the power couples in Hollywood. They began dating in early 2016 and still going strong after six years.

The Bravo singer and the Rise actor made their official red carpet debut at the 2017 Tony Awards. Over the past years, the couple's love has grown stronger and stronger.

Here we will talk more about the duo's love life:

Sara & Joe's Love Story: When Did The Couple Begin Dating?

The American author and songwriter Sara began dating actor Joe Tippet who is popular for his roles in Rise and Mare of Easttown. They first met in August 2015 during the out-of-town tryout for Waitress at the American Repertory Theater in Cambridge, Massachusetts, and eventually started dating.

The couple made their first public appearance in 2017 during the Tony Awards. As of 2021, they have been in a relationship for approximately five years.

Recently in April 2020, Bareilles was tested positive for COVID-19 and later shared her experience. In an interview, she opened up about how Joe took care of her.

Sara said: "He did a good job taking care of me. He was a good friend and companion through all of that."

She also added: "I didn’t have it nearly as bad as other people who are struggling with it, one of them being Nick Cordero, I was lucky. As I said, I had a very mild case, so I didn't need to go to the hospital or anything."

According to the online resource, Sara was rumored to be dating Javier Dunn before dating Joe. However, the news was not confirmed by both parties.

Where Was Sara Bareilles Born In?

Sara Beth Bareilles was born on December 7, 1979, and raised in  Eureka, Humboldt Country, California. She was born to Bonnie Halvorsen who works as a funeral home worker and Paul Bareilles, an insurance adjuster.

Bareilles grew up alongside her sister Stacey and Jennifer. Similarly, she also has a half-sister named Melody.

After Bareilles graduated from Eureka Highschool in 1998, she studied communication studies at the University of California. While attending university, she was a member of the co-ed a cappella group Awaken a Cappella.

Bareilles began her career in music in 2002 after graduating from UCLA. As of now, the singer-songwriter has released several albums like Careful Confessions(2005), Little Voice(2007), What's Inside: song from Waitress (2015), and many others.

Sara became one of the most successful singers in 2007 with the hit single “Love Song”, which reached no. 4 on the Billboard Hot 100 chart. Bareilles has sold over one million records and over seven million singles in the United States alone and has been nominated for a Grammy Award five times as well as earning a nomination for a Grammy Award for Album of the Year.

Bareilles has won several awards and accolades including the Music Pioneer Award, MVPA Award, and ASCAP Pop Music Award. She was also nominated for Grammy Award (two times), Olivier Award, and so on.

Apart from singing, Sara is also known for her acting roles in films and television shows like Girl Play, Lipstick Jungle, 30 Rock, No Ordinary Family, Julie's Greenroom, and others.