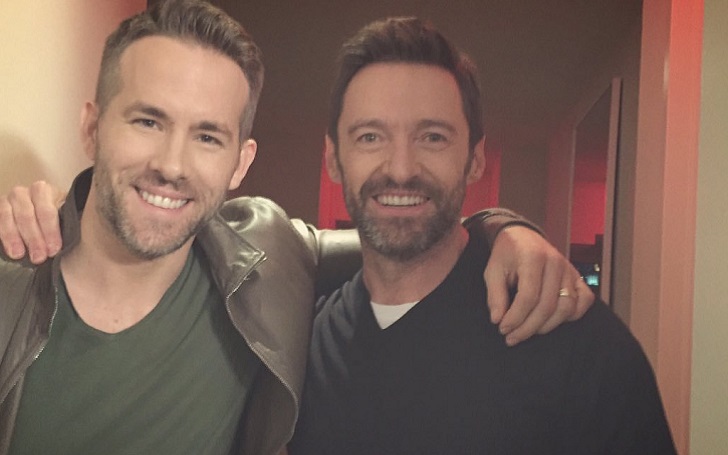 Ryan Reynolds who trolled on Hugh Jackman’s moving tribute to Deborra-Lee Furness increased the flames on their long-running mock feud.

X-Men star wrote a moving tribute to his loving wife, Deborra-Lee Furness on their completion of 22 years of marriage on Wednesday.

He penned “Deb, From day one, we had that. 22 years later, it only gets deeper. You & the kids are the greatest gifts ever.”

I believe in life we need to see and truly be seen by the most important people in our lives. Deb, from day one, we had that. 22 years later ... it only gets deeper. You and the kids are the greatest gift I will ever receive. I love you a gazillion times around the world. pic.twitter.com/VsoDq4HxDw

Something was missing in the anniversary love letter and it was a comment from Ryan Reynolds. And Deadpool star wasn’t going to let such huge moment pass without a little joke.

“Gave this 3 months. Tops.  I was Wrong” Reynolds tweeted.

I gave this 3 months. Tops. I was wrong. https://t.co/gxXSdACQ1X

The Reynolds and Jackman are engaged in a long-running mock feud, let’s see when it ends. In fact, their trolls are exactly like their recurring roles in Deadpool and X-Men.

Below there is some early funny social media fight.

Presenting ... ME by HIM. @vancityreynolds #SMA

"WHO put somethin n my drink! Woke and @deadpoolmovie was on. @VancityReynolds and your cute lil red suit come anywhere near me and ..." W

In reality, they are friendly and just having fun mocking each other on social media. We are grateful to both as they entertain us on the big screen and social media too.