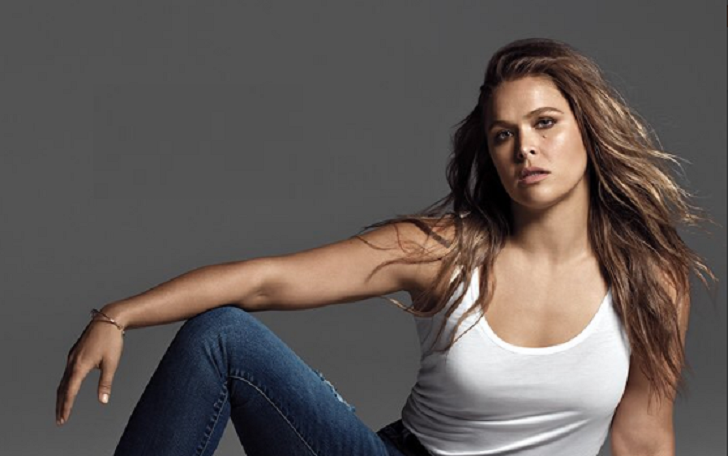 The secrets of combat world have been revealed and confirmed, Ronda Rousey officially signed WWE and appeared in first female Royal Rumble Event.

First American female citizen to win Olympic medal in Judo Ronda Rousey jumped from MMA wild wrestling world to WWE. After signing the full-time contract she was seen in the first woman royal rumble ever.

Though Ronda Rousey was seen in the women Royal Rumble she did not show her martial arts in the WWE ring. The one thing that she showed was her finger towards the WWE hoarding board with a furious facial expression.

Read More: How much is Ronda Rousey's Net Worth? Know about her Career and Awards

As if Rousey was trying to signal something. Rousey must be trying to say that she has now signed to WWE and thing are going to be different in her presence in WWE pointing towards the hoarding board. Subsequently, commentator comment “the rumors are true”.

Rousey told “that this will be no flash in the pan stunt, rather it’s a very serious career change”.  Rousey is definitely curious with her WWE entry which is proved by her above statement and snaps on her Instagram.