Mexican reality television personality Kary Brittingham, who grabbed attention for appearing on the fourth season of The Real Housewives of Dallas, is divorcing her husband, Eduardo Brittingham. The couple was married for twelve years.

So, what is the reason behind their separation? Was this a quick decision? Have they found new love? Know everything story below:

The 50 years old television personality has called it off! She and her husband, Eduardo Brittingham, are getting a divorce.

During an exclusive interview with PEOPLE, the reality television personality openly talked about the challenges and the current tragic moments the couple has been going through. In the interview, the reality personality admitted that the decision was the difficult one.

As she is divorcing her husband of twelve years, Kary revealed that she has been hiding from her friends and costars. However, she is planning to move forward.

During the Real Housewives of Dallas reunion, when Andy Cohen asked her about the rude behavior throughout the season, she admitted that she was struggling in her life. She said:

As I watched that, I realized how much in pain I was. My marriage was falling apart and I didn't want to admit it. After the show finished, me and Eduardo had a real heart-to-heart talk and we decided we needed to go our separate ways.

The news of their separation flashed on the media in January 2021 when a friendly neighbor offered them to buy their house.

Their Married Life And Children!

It was the second marriage for both Kary and Eduardo. The couple got married in Careyes, Mexico, in 2009, after dating for a while. They were married for twelve years before calling it to quit. 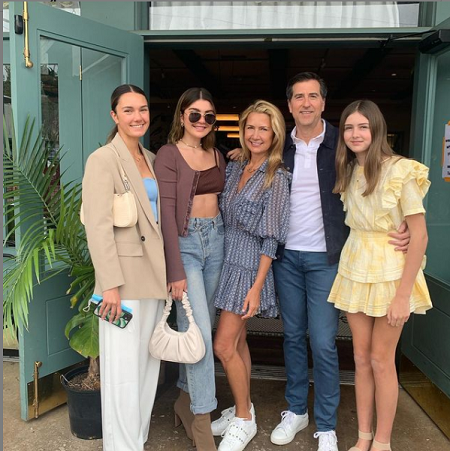 Trying to Rebuild Relationship With Her Mother

Kary is working hard to heal the wounds that she left behind by her chaotic childhood. As per sources, the reality television personality is trying her best to rebuild her relationship with her mother.

Many times, Kary has admitted that she is afraid of making the same mistake with her children. She now has a clear mind and knows what is important to her.

The reality television personality is looking forward to a new chapter of her life as she is stepping into with a positive attitude.