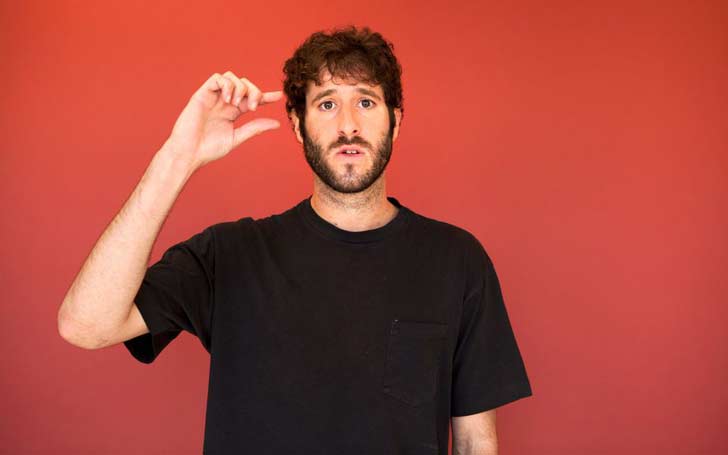 David Andrew Burd aka LIL Dicky, a 30 years old professional rapper, songwriter, and a comedian, started his rap career to get attention for his comedy career. But sometimes the universe has a different plan and people fall right into it, as David fell in love with the rap and was not ready to give up the game until he would prove it.

Lil Dicky is best known for his song Ex-boyfriend that went viral and had 1 million views in 24 hours on youtube. This fact was enough for Lil Dicky to step up as a rapper. Till now, American rapper dicky has collected a good sum of cash from his professional career. The rapper with his quality earning loves to live a lavish life, so let get more idea about Dicky's career earnings, net worth, and his lifestyle.

Net Worth of Lil Dicky

Popular American rapper Lil Dicky's fans and followers have rapidly increased which has helped him to build up his professional musical career and earn an impressive amount of net worth which is estimated to be around $8 million.

Also Read: Chris Brown's Hands on Woman's Neck; Is he again in a violent relationship? 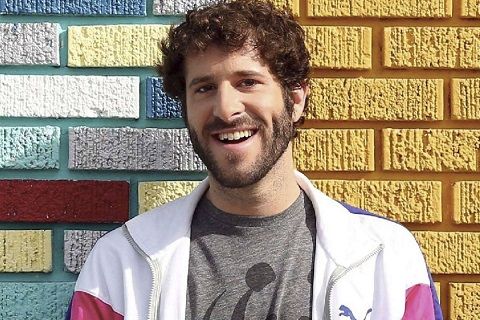 With his highly growing popularity and craze for his songs, Lil Dicky now has more than 2.5 million subscribers on youtube, which is Dicky's primary source of earnings. Lil Dicky worked in an advertisements company as a model before persuaded his musical career.

In 2015 rapper Lil Dicky released his first album, Professional Rapper which collected quality views and fans, furthermore after his success with his first album as a professional rapper DIcky' released some other album, songs, and mixtapes which took him to the height of his successful career in a short period of time. He recently released his new single Freaky Friday featuring Chris Brown which is already viewed by 209,926,998 people.

Lil Dicky has also been in some musical tours like Professional Rapper Tour in 2014, looking for love tour in 2015 and 2016, similarly, Dick or Treat Tour again in 2016 and Australia and New Zealand tour in 2018 which has been the side source of his income.

Lil Dicky also seems to be putting his hand in some business as for his secondary source of earnings as he is often seen advertising outwear collections of his own Lil Dicky Merch clothing collection. 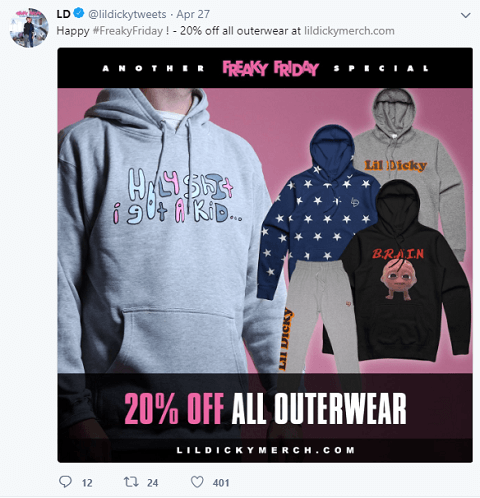 He spends a lot of his money on visiting different places and spend his time freely. Dicky is often seen sharing the picture of the places he visited via social media. We can see lots of pictures of him spending his time in several cities on his Instagram. 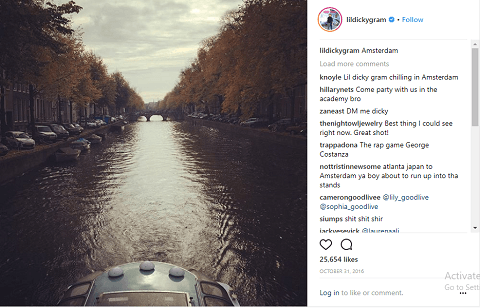 Lil Dicky with his growing fame likes to keep himself good looking as he spends lots of money on the expensive outfits and gadgets too. He often shares the picture wearing expensive clothes as we found a picture where he looks to be wearing a black and grey classic suit and black high neck sweater with an expensive i-phone7 in his hand. 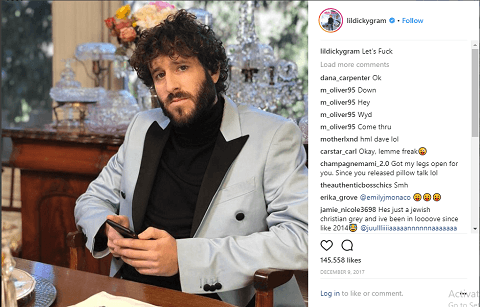 CAPTION: Lil Dicky in a black and grey classic suit and a phone SOURCE: Instagram

He is also seen spending much of his time with the famous rappers like Snoop Dogg, Chris Brown and many others enjoying his times. With his high earnings, we assure that he is having a good time and is living a luxurious lifestyle.