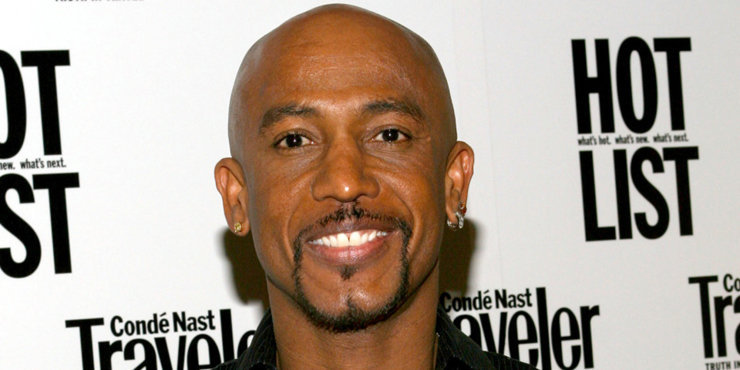 Montel Williams is someone with a hot head. It might burst any time, at any place, so you better watch yourself. If you piss off this US Navy veteran then there are going to be consequences. And looks like somebody has dared mess with this former radio talk show host. This time it is none other than American business man and the multi-millionaire Donald Trump.

So what did Trump did to piss off Williams?

Donald Trump made a very nasty comment on the Vietnam War veteran John McCain. The U.S. Republican presidential candidate slammed McCain following his recent visit to Arizona. During a campaign speech in Iowa, Mr. Trump remarked on McCain saying he was not a war hero.

“He’s not a war hero,” Trump said of McCain.

“He’s a war hero because he was captured,” Trump said sarcastically. “I like people that weren’t captured.”

The remarks were followed by wide criticism and outrage on Trump, the most popular (or hilarious) being that of TV personality Montel Williams’ which he unloaded on presidential hopeful Donald Trump after Trump’s criticism of Sen. John McCain’s service record in the Navy as a prisoner of war in Vietnam.

Famous television personality Montel Williams who himself is a veteran of the Navy and the U.S. Marine Corps was greatly offended by Trump calling McCain a “dummy” for being captured as a prisoner of war during Vietnam. Williams took a step further by slamming Donald Trump instead. On Saturday, July 18, Williams took to Twitter to voice his opinion.

The US army veteran turned celebrity ranted against Trump calling him a “carnival barker and a p**k,” reports say. Soon after that, Williams started a series of tweets lashing out at Trump.

“One doesn't have to agree with his politics. His service is due a special level of respect that is absolute.”

“Sorry, #DonaldTrump didn't have courage to put on the uniform. Can't walk this back. #Pissed”

“#trumplogic #trumptrainwreck - will be best military president ever - but I think McCain is a chump for getting captured. #DonaldTrump”

Williams who had publicly slammed Josh Duggar after he admitted molesting multiple young girls when he was a teenager unleashed his anger and hatred against Duggar who had previously stated that LGBT people are danger to kids. And this the fireball was dropped on Trump who always remains in the eye of the media sometimes for his hateful anti-immigrants speech and sometimes for anti-war hero statements. This proves that one can do or say anything if one has billions of dollars in his/her pocket.

John McCain, didn’t say much against Trump. But when asked by MSNBC’s Morning Joe, if Trump owed him an apology, McCain responded: "No, I don't think so. But I think he may owe an apology to the families of those who have sacrificed in conflict and those who have undergone the prison experience in serving their country."

"There are so many men, and some women, who served and sacrificed and happened to be held prisoner and somehow to denigrate that, in any way, their service I think is offensive," he added.

Despite world-wide criticism, Trump has refused to apologize.

We all hope that Williams will be there to make him feel sorry for what he said.

Williams has two daughters from his first marriage with wife Rochele See. And a son and daughter from his second marriage with Grace Morley.  After two divorces, Williams married his girlfriend Tara Fowler, an American Airlines flight attendant in 2007. Their marriage took place on a beach in Bermuda. They don't have any children yet.