Home Gossip Pierson Fode,known for dating girlfriend Victoria Justice, is the new Thomas Forrester in "The Bold and the Beautiful”

Pierson Fode,known for dating girlfriend Victoria Justice, is the new Thomas Forrester in "The Bold and the Beautiful” 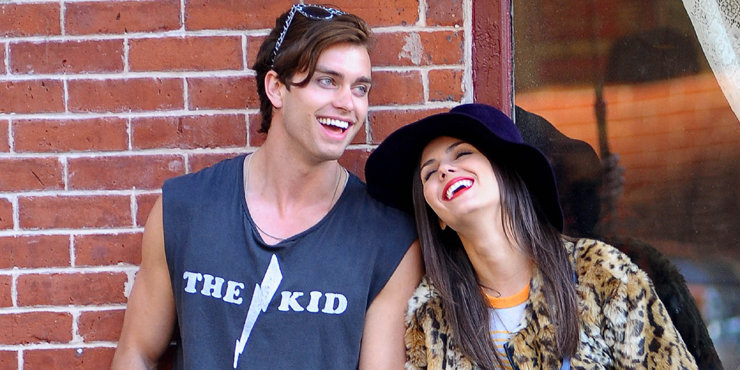 The rumors have turned out to be true and the TV show, "The Bold and the Beautiful” has revealed that they have finally cast their new Thomas Forrester. Soap Opera Digest is reporting that Pierson Fode will make his debut in the role of Thomas Forrester on July 24. Thomas was previously portrayed by Adam Gregory from 2010-2014 and Drew Tyler Bell from 2004-2010.

The handsome, tall 24 year old Caucasian is sure to make soap fans swoon. Pierson, who stands at a height of 6 feet 2, has plenty of acting experience to go alongside his good looks. The NYC based star featured in the HBO series, “Hello Ladies,” and the 2014 horror film, “Indigenous.” Not only this, his romance with much loved actress/singer Victoria Justice also puts him in celeb news constantly. The two, who have been dating since 2013, recently appeared in a new movie called “Naomi and Ely’s No Kiss List.”

Victoria Dawn Justice is an American actress and singer who debuted as an actress at the age of ten and has since appeared in several films as well as television series which includes the Nickelodeon series Zoey, 101 and Victorious. Not only this, she has also appeared in several Nickelodeon series such as True Jackson, VP, The Troop, The Penguins of Madagascar and iCarly, alongside Nickelodeon game shows BrainSurge and Figure It Out . In 2010, she starred in the Nickelodeon film The Boy Who Cried Werewolf. She has also carved a name for her in singing by performing several songs for the soundtrack to the Nickelodeon musical Spectacular! and recorded a number of songs for “Victorious.”

Pierson Fode was raised in Washington State. He graduated with a degree in artistic and scientific studies. Moving forward quickly in his career, he interned for a live production company where he was able to rise quickly. He then turned to LA and continues to further his career and dreams. As a model, he has received several awards which includes Star of the Year, Best Runway Walk, Best Fashion Print Photos, Best Scene Performance, Best TV Commercial Read Beauty and Best Smile

Recently, Fode starred in "Naomi and Ely's No Kiss List" along side love interest Victoria Justice. The movie is based on the book by Rachel Cohn and David Levithan. In the fall, Pierson shall star in Disney's "Jessie" portraying the character of 'Brooks Wentworth,' Jessie's soon to be fiance'. He will be part of history as Fode and Debby Ryan will portray the first ever Disney TV wedding. No Disney show has depicted their character getting married ever before. Fode also stars in "Kill Game", a sociopathic thriller that debuted at the Cannes Film Festival.

Although only of age 24, Fode has achieved imminent success in a short career. He also has a Youtube account, where he posts various videos alongside some quotes- mostly videos he likes. Nonetheless, it’s an effective and unusual way of interacting with his fans, which seem to be on rise. His fans would certainly love seeing his own videos, especially his diet and normal day videos.

We look forward to seeing Pierson in the famous soap opera and we’re sure his fans do too.