Being someone first love may be great but being their last one is beyond the perfect. In the same context, Olu Evans married Wife Misty Copeland after knowing each other for 10 years.

The 33 years old Misty Copeland and her boyfriend of 10 years, attorney Olu Evans married in front of 100 people including their friends and relatives at Laguna Beach, California's Montage Hotel on July 31, 2016. 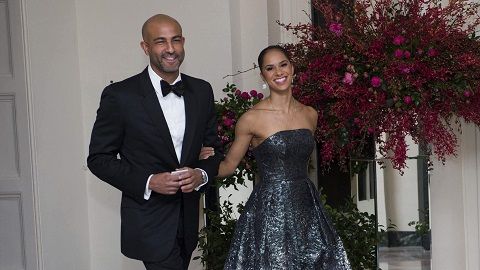 Copeland resembled an 'ethereal goddess' in a gown designed by Inbal Dror and Christian Louboutin heels. Also, the room at aisle was decorated with white and pink roses and pink hydrangeas. 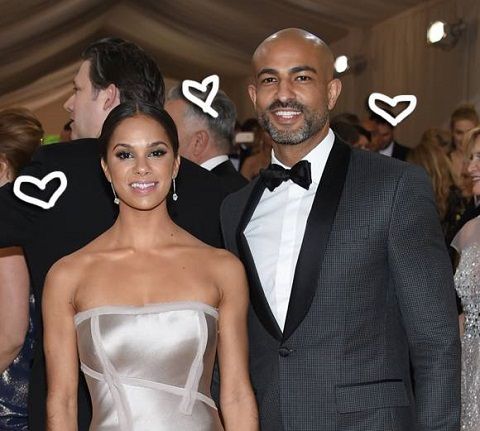 Prior to their wedding, the American female principal dancer for the American Ballet Theatre has announced her engagement with Evans and has also disclosed her summer plan for the wedding. In an interview with PEOPLE, she said that:

I’m super busy so I have amazing people taking care of a lot of stuff.

Copeland furthermore added that she wants to make their marriage date memorable and want to enjoy the day.

Talking about Olu Evans' and Misty Copeland first meeting, the couple met each other at a New York City club after his cousin, Private Practice star Taye Diggs, pointed out the stunning dancer to him in 2004.

Tall and fit, with a pair of a dimple of Olu made her heart flutter, he was there with his cousin; the actor Taye Diggs when the pair saw each other for the first time. 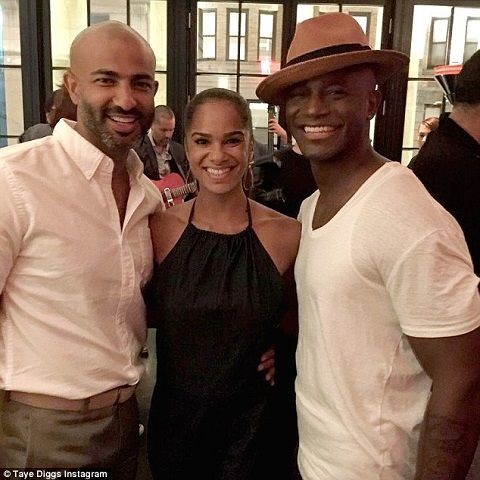 After being close and meeting each other time and again the pair fell in love but were rarely spotted together, neither any of them disclosed about their relationship. We can assume that the couple wants to live a secretive relationship rather than facing rumors and controversy. She also said:

He was my first boyfriend, He taught me to communicate in ways I'd never learned before, to not run away from problems, and sit down and think about things critically. And he made me feel like I really did have a bright future as a ballerina.

Well, the couple is living together sharing sorrows and happiness and seems supportive of each other. If we scroll through Instagram, we can find many of their photos spending good times with each other.

"He was my first boyfriend. He taught me to communicate in ways I'd never learned before, to not run away from problems, and sit down and think about things critically. And he made me feel like I really did have a bright future as a ballerina." - Congrats to #MistyCopeland who tied the knot with her longtime boyfriend #OluEvans! #xoCouple

Repost from @enspiremagazine #Congratulations to the #fierce and #phenomenal #balerina #MistyCopeland and her hubby #OluEvans on their #marriage. The couple got married on Sunday, July 31st. Can you IMAGINE their first dance. #wedding #epic #love

Its been ten years of togetherness and still, the couple is together without any rumors or news of separation which is the real example of the strong bond.