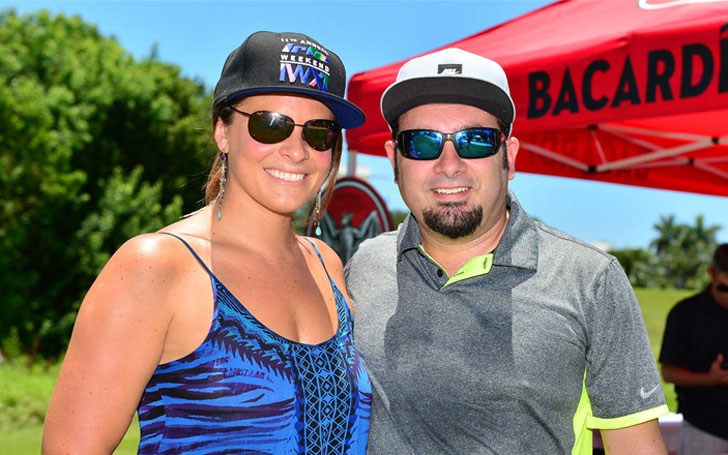 No one can imagine life having their own children but when they are born, no one can imagine their life without them. In the list of soon to be parents; we do have Chris Kirkpatrick and Karly Skladany. Christopher Alan "Chris" Kirkpatrick is an American voice actor, singer, and dancer.

Chris Kirkpatrick hit on the spotlight for his work as a founding member of the pop group NSYNC. At the moment, Chris Kirkpatrick is all set to be a dad soon. Know more about his marital life with Karly Skladany. Check it out…

NSYNC singer Chris Kirkpatrick and his wife Karly Skladany are now expecting their first child in October this year. According to PEOPLE, the couple shared a photoshopped image of themselves in front of the movie poster "The Boss Baby".

The soon to be dad Chris Kirkpatrick replied:

"Karly and I are over the moon excited that we are welcoming a new addition to the family,"

"We are both looking forward to becoming parents, and learning how much fun having a child will be."

Do you remember the moment from their wedding ceremony when Kirkpatrick shared about having a child? He said:

"Karly wants to have kids really quickly, so we're going to do that. That's our plan," he said in 2013. "We're definitely ready to have children – we both want them."

Around 300 guests took part in their wedding. Kirkpatrick proposed Skladany in 2012 in Italy. That's the reason; their wedding had an Italian motif. Italian decoration made them remember the glorious past days.

"Justin and Joey were giving me wedding advice. Justin was like, ‘You're going to be a little bit nervous here, but it'll be okay,

"It was really funny."

"I'm the oldest one of us, and I never thought I'd be getting wedding advice from Justin Timberlake! They made things seem really normal."

We think the right time has arrived. Congratulations to the couple!