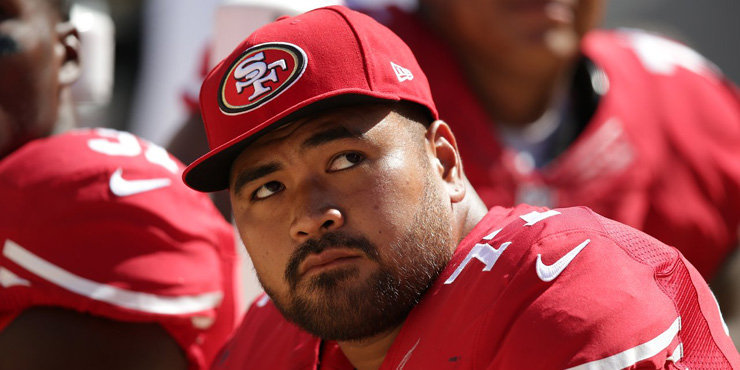 The 28 year old American football guard for the Arizona Cardinals was rushed to the hospital because of neck injury during a game against the Seattle Seahawks on November 15. And now, he is back in action and showing off some amazing skills on the football field.

The footballer signed a five year $40 million contract with Arizona Cardinals. This is reportedly the most expensive transfer contract of all time. While on the field against the Seahawks, lupati suffered major neck injury and was placed in an ambulance.

The Cardinals guard, Iupati was also said to undergo a surgery on his left knee sometime soon, which would leave him on bed rest for six to eight months. The news was reported by several media outlets and sources, but the Cardinals have refused to reveal any more information, said ESPN.

The heavyweight football legend in the making spent his first five seasons in the league with the San Francisco 49ers. Now that he had been bought by the Cardinals on a record deal, his injuries could be really difficult for the team to overcome.

Though, the team brought in lupati with hopes of bringing improvements in the offensive lines, the player could hardly show off his magic in the field as he could not be in form for a year. Plus injuries after injuries threatened to break the strength of the team. But now, Iupati is back and he is doing great.

Iupati played his first game after his recovery from the neck injury against the Bengals and showed off his best performance so far. Despite suffering a concussion and experiencing numbness down both arms after colliding with Seahawks safety Kam Chancellor in the second quarter, the footballer regained feeling in his arms soon after.

He underwent a few tests in a hospital and soon returned to his team. He seems to have rebuilt his strength in the hospital as he has passed the NFL’s concussion protocol. He is unstoppable right now and the Cardinals are really happy with his performance. The millions of dollars that they spent to bring him to the team seemed to have paid off.

After the injury, Iupati had said: “When your neck hurts and both of your arms go numb, it’s a scary feeling.

“I was just trying to wait for my numbness to (go away). It was a great job by the trainers being smart.”

His wife Ashley Iupati was informed about the whole situation soon after.

Iupati and his beloved wife Ashley Galeai met each other after a home game against Hawaii on October 17, 2009. The couple began dating soon after and got married in February 2012. The pair has a son, KoaAli'I and they live in south San Jose.

He receives an annual base salary of $1.5 million.