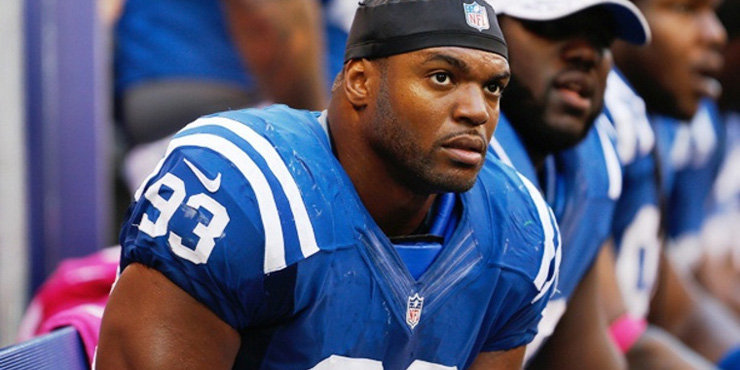 Arizona Cardinals star Dwight Freeney was set to be a free agent at the end of this season. He is already 35 years old. Because of his advanced age, it was believed that he would be announcing his retirement pretty soon. But Dwight Freeney has made it clear that he will not be hanging up his boots just yet. Arizona Cardinals have extended the contract of the outside linebacker.

Arizona Cardinals are in red hot form at the moment. They lead NFC west conference with 12 possible wins out of 14. Dwight Freeny’s performance in the field has been a big help for the Cardinals. He had managed 3.2 sacks for the San Diego the previous season and he is looking to improve that record this season.

Freeney reportedly stated that he believes that he has still got plenty to give to the Arizona Cardinals. With his outstanding defensive abilities and vision to convert defensive move to offensive ones, Dwight could be an important asset for any team he plays for. Freeney has a very athletic build. With a height of 6ft 1 inch and 268 pounds of muscle power, he is rock solid in defense. Recognizing this, Cardinals have reportedly extended his contract for one more year. The new contract is expected to be somewhat similar to his previous one.

He was signed by Cardinals for a period of one year in 2015. The contract is valued at about $1 million dollars.  The one year deal also includes a $1 million sack initiative, meaning the player can earn $200000 bonus if he records four sacks.  He will earn $100000 more per each sack he makes after that.

Dwight started his footballing career through his high school team. He wore no. 44 jersey for the Bloomfield High School Football Team. He continued his career in his University days. He played for the Syracuse University’s Syracuse Orange football team from 1998 to 2001. He finished his college career with 104 tackles 34 quarterback sacks, 51 tackles for a loss, and 43 quarterback pressures.

He was picked by Indianapolis Colts in the 11th selection of NFL Draft 2002. He spent 10 years in the team managing 107.5 sacks during his time at the franchise.  He also converted from defensive end to outside linebacker under Colts coach at the time, Chuck Pagno, due to his injury.  He was released in 2012 by Colts, claiming he was not at the top of his game anymore.

After that, Freeney signed two years contract with San Diego chargers.  He had 10 tackles, 3.5 sacks and a deflect pass during his time at the Chargers. Despite his growing age, his stats are still very impressive. It seems justified that Cardinals are extending his contract.