Ridiculously Expensive Items Ever Sold In An Auction

The earliest records of auctions date back to almost 500 BC. Babylonians auctioned off marriages and Romans used it to liquidate assets of debtors. In modern times, auctions were less frequent until the 16th and 17th century started candle auctions. Candle auctions were held until a lit candle went out. It started in London and taverns and coffeehouses were often used to auction off works of art.

The first auction house was established in Sweden as Stockholm Auction House in 1674. The tradition continued and with the advent of the internet, auctioning has become even more profitable due to a large number of bidders connected online.

Auctions have become valuable for artists and collectors alike. Below is a comprehensive list of the most expensive items that have ever been auctioned off. While the list could entirely be filled with paintings and diamonds, we’ve decided to include only the most expensive in a specific category of items. 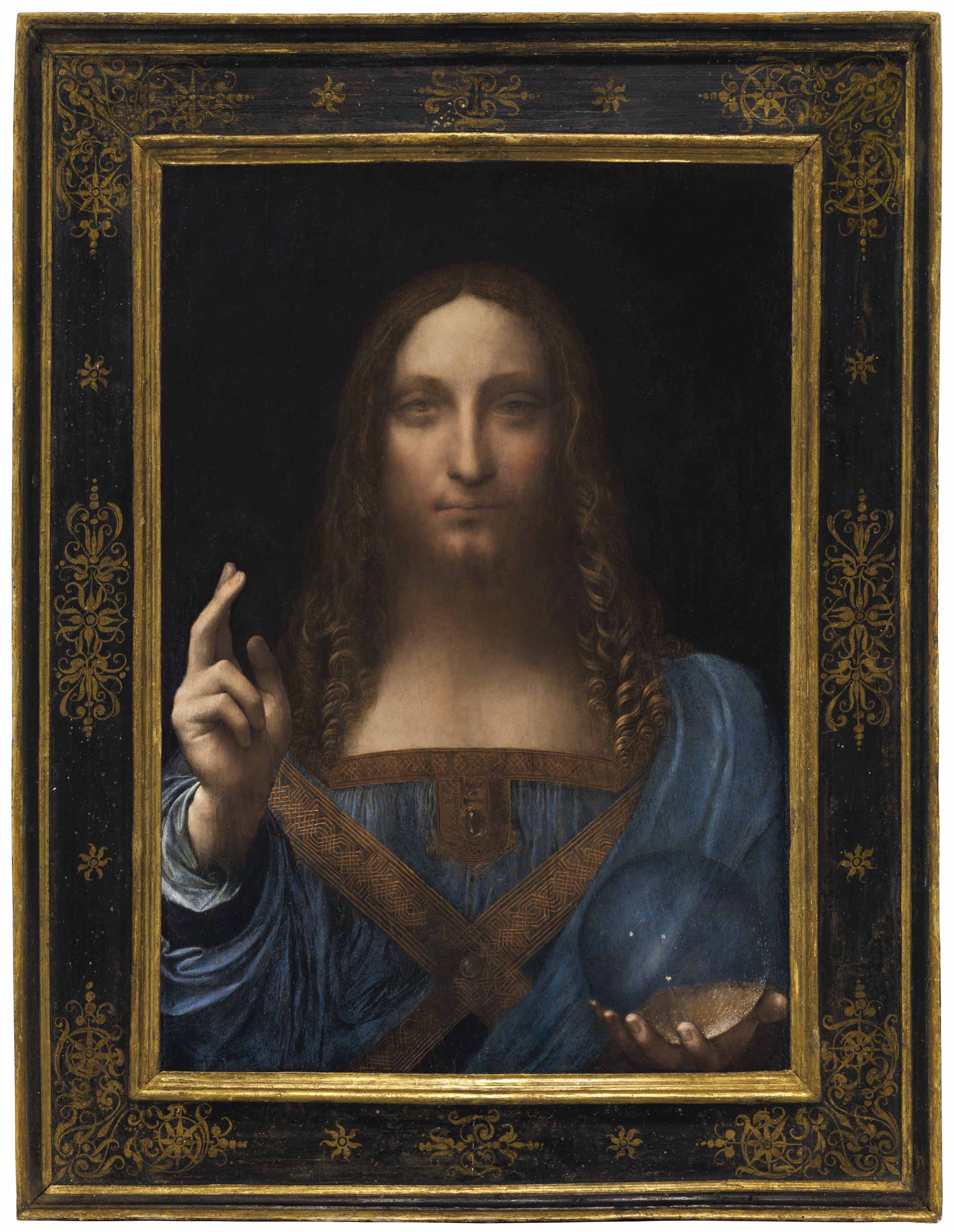 This renaissance era painting is the work of renowned artist, scientist and inventor Leonardo Da Vinci. The name Salvator Mundi comes from Latin and means ‘Savior of the World’. The painting depicts Leonardo’s interpretation of Jesus Christ in renaissance era clothing. The copy was lost and was disputed for its authenticity until it was rediscovered and restored in London. The winning bid of this painting stands at an astounding $450.3M and is believed to have been acquired by the crown prince of Saudi Arabia Mohammad Bin Salman Al Saud. The exact bid price is $450,312,500. 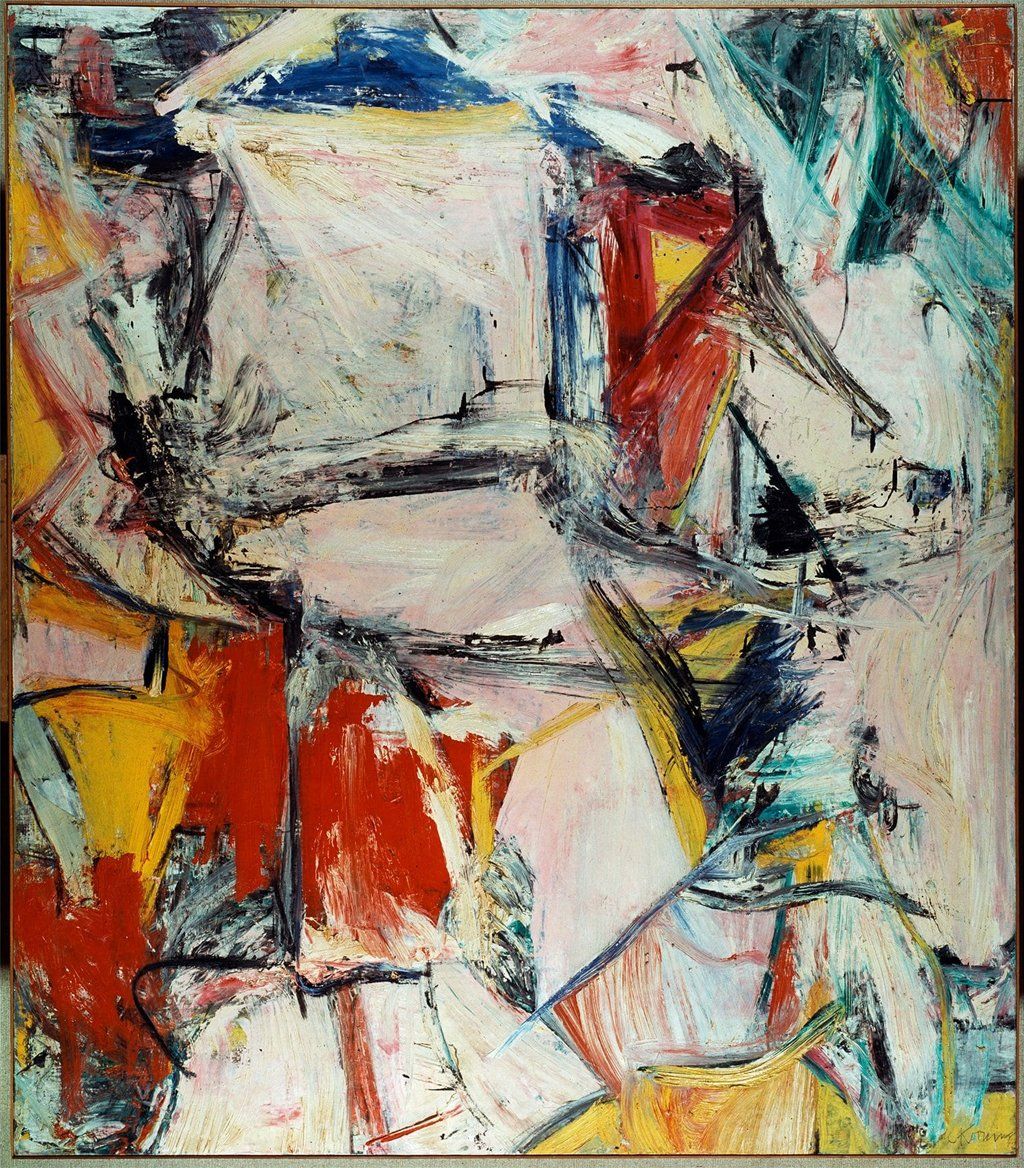 Willem De Kooning completed this oil painting in 1955. It is one of Kooning’s first abstract landscape paintings. There is a faint hint of a woman’s body in this abstract painting but the painting mostly focuses on Kooning’s surroundings and communities in downtown New York. The painting has changed owners several times. The latest acquisition was made for the price of $300M in 2015 by hedge fund mogul Ken Griffin. 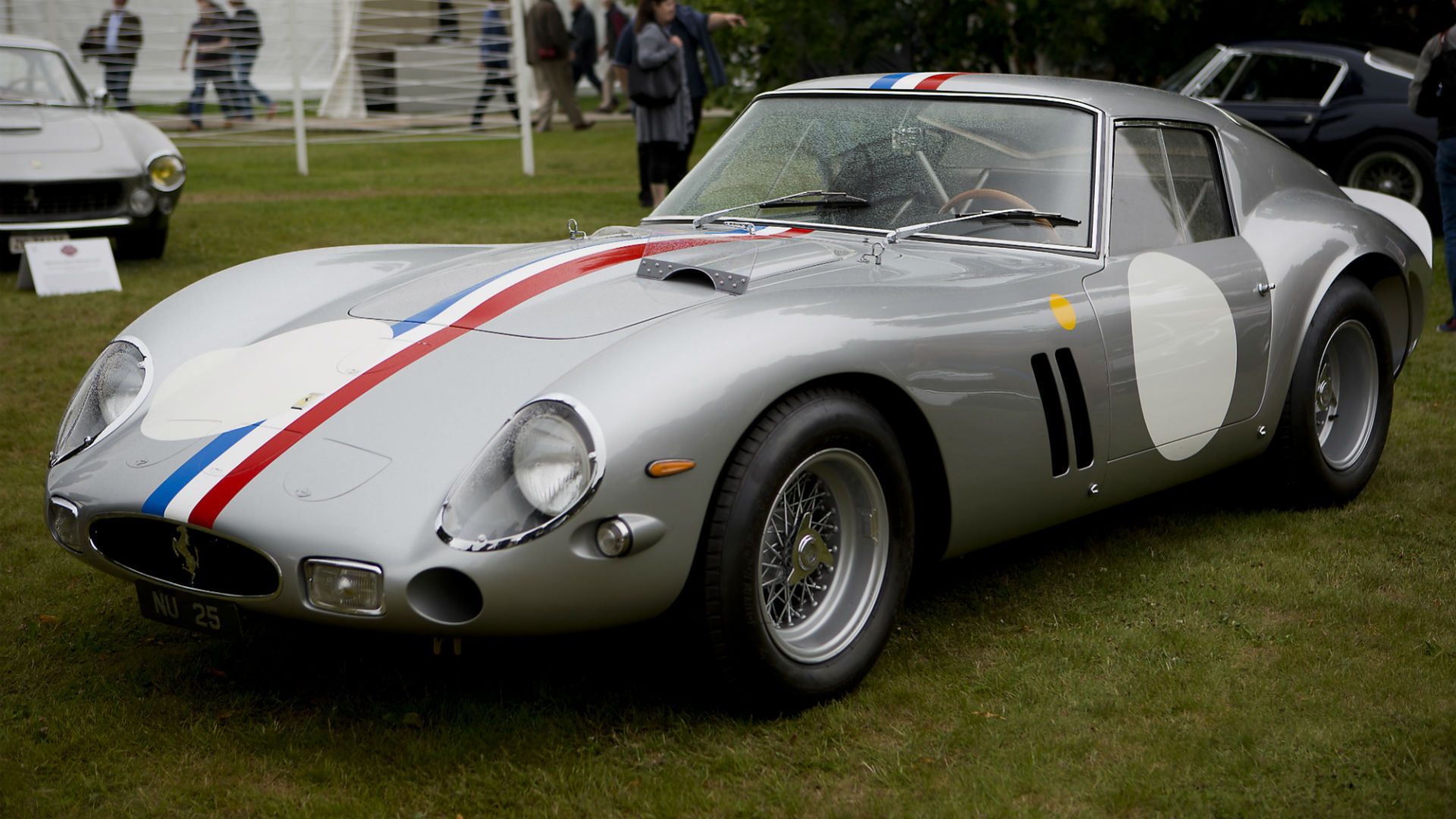 Ferrari is sports car royalty. And in the world of car auctions, the 1963 250 GTO Berlinetta is the undisputed king. Only 39 of these cars were made and all of them are still functioning today. In June 2018, one of the few GTO models was sold for $70M to American CEO David MacNeil. MacNeil is now a member of an exclusive club of people who own this classic, joining the likes of Ralph Lauren and Nick Mason. The GTO is to date the most expensive auction vehicle. 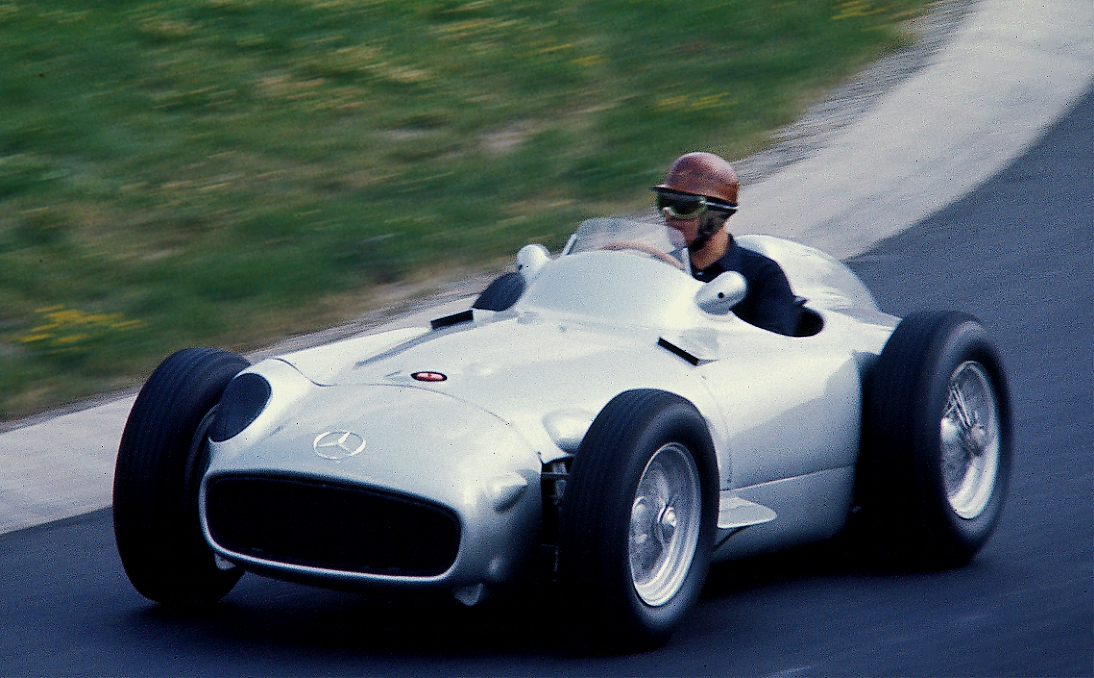 Originally raced by world champion Juan Manuel Fangio, the 1954 Benz W196 won multiple Grand Prix and also became one of the most expensive automobiles to be auctioned off. Fetching a hefty $29.6M winning bid, the car was sold at Goodwood Festival of Speed in 2013. This single-seater beauty was a technological milestone and remains a testament to Mercedes-Benz’s capability as a car maker. 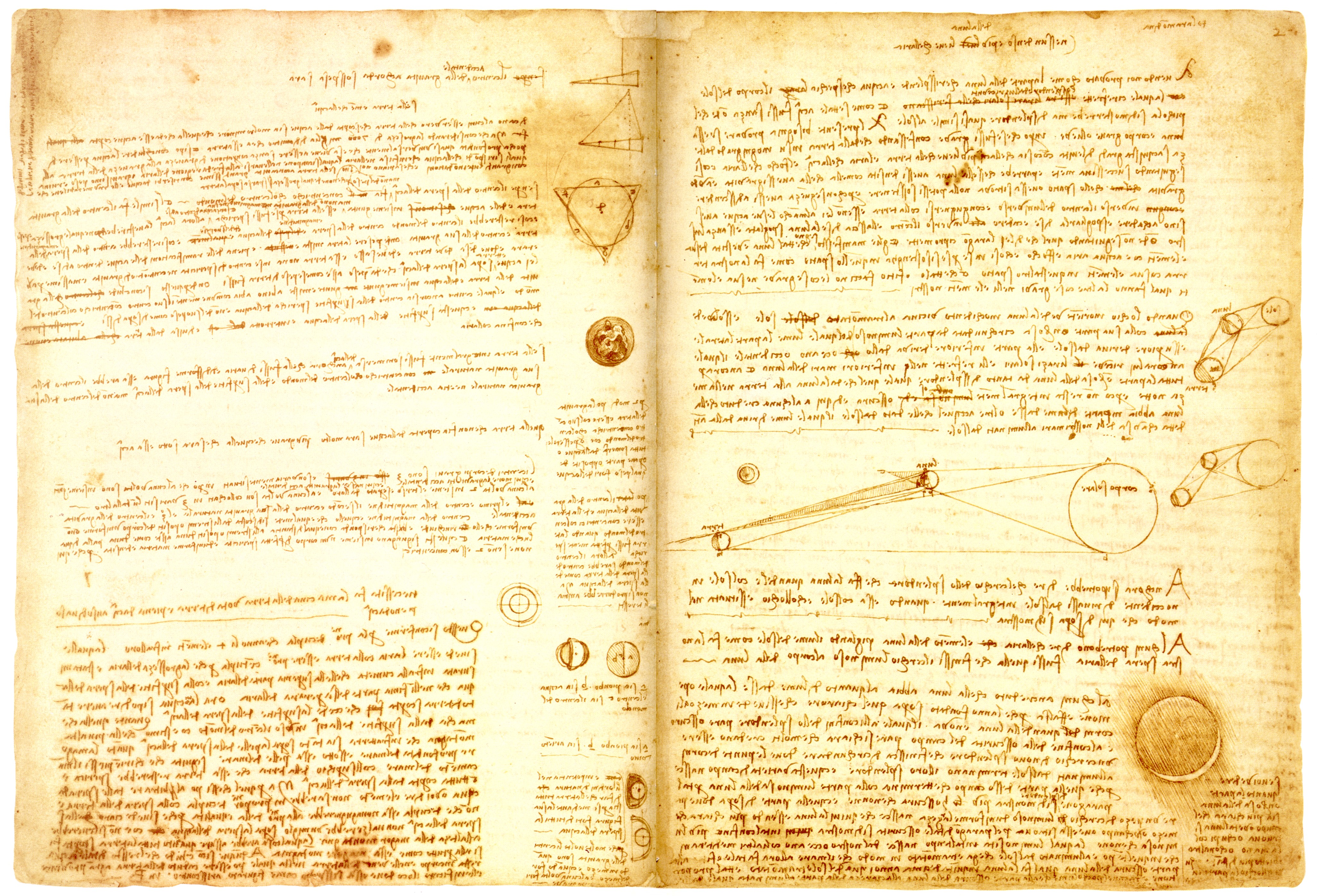 Leonardo Da Vinci was a man of many talents. Besides his paintings, he was also an innovator and a great thinker. The Codex Leicester is a 72-page notebook penned by Da Vinci. Here Da Vinci sketches possible inventions, musings, and concepts such as the glowing of the moon, fossils, hot air balloons and so on. The notebook was first purchased by Earl of Leicester Thomas Coke in 1719. Recently it was purchased in 1994 by Microsoft founder and billionaire Bill Gates for $30.8M. The exact price being $30,802,500. Gates later provided a digitally scanned copy of the famed manuscript for free. Distinct with Leonardo Da Vinci’s signature mirror writing and plenty of illustrations, the Codex Leicester is invaluable. 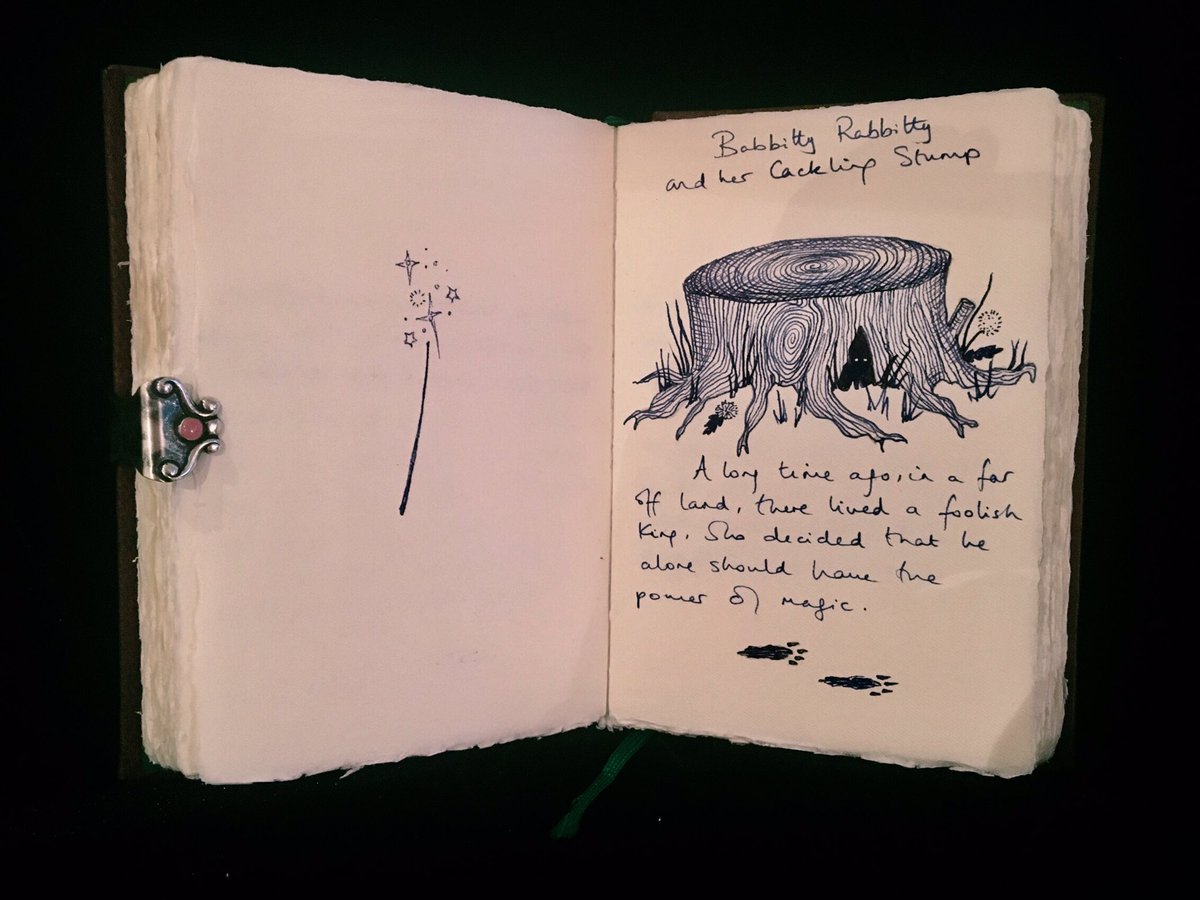 This entry in our list is a little unorthodox. It is by no means the most expensive book ever sold, but it is the most expensive companion book sold. Tales of Beedle The Bard is a book based in the Harry Potter universe. It tells many stories from the wizarding world of Rowling’s Harry Potter franchise and was an important part of the 7th book, Harry Potter and The Deathly Hallows. Rowling made 7 copies of this book. 6 of which were given to friends and editors and the final being sold off for auction. The book was purchased by Amazon for $3.98M. Bound in Moroccan leather and decorated with moonstones, this rare version of the book includes 5 stories, 157 pages and many illustrations. Amazon plans to review all stories in the book. 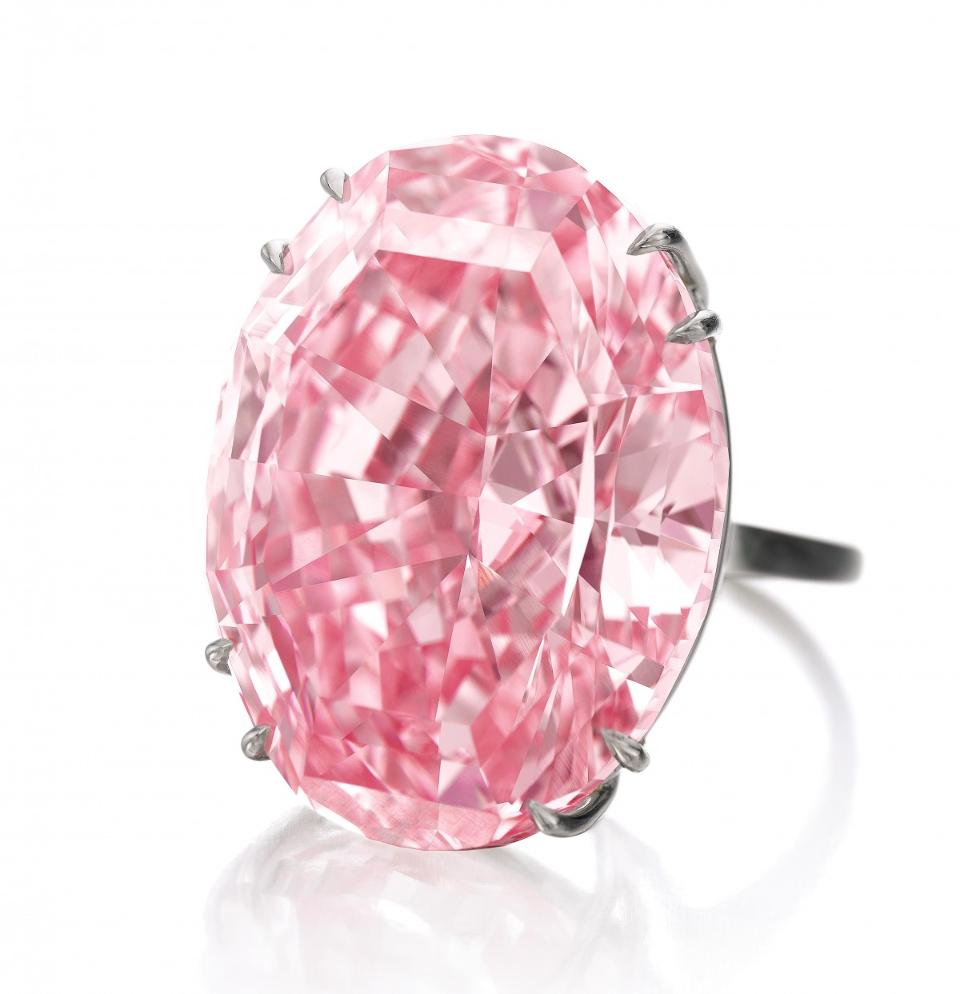 On April 2017, Sotheby’s in Hong Kong sold this rare diamond to Chow Tai Fook Enterprises, a high-end jewelry store chain. Originally discovered by De Beers diamond miners, the gem was 132.5 carats in its rough state. A natural pink glow radiates from the gem, and it took two years to cut and polish, bringing it down to 59.60 carats. The diamond fetched a winning bid of $71.2M, and it is the most expensive single jewelry item to be auctioned off. It has been dubbed as one of the greatest natural treasures in the world. 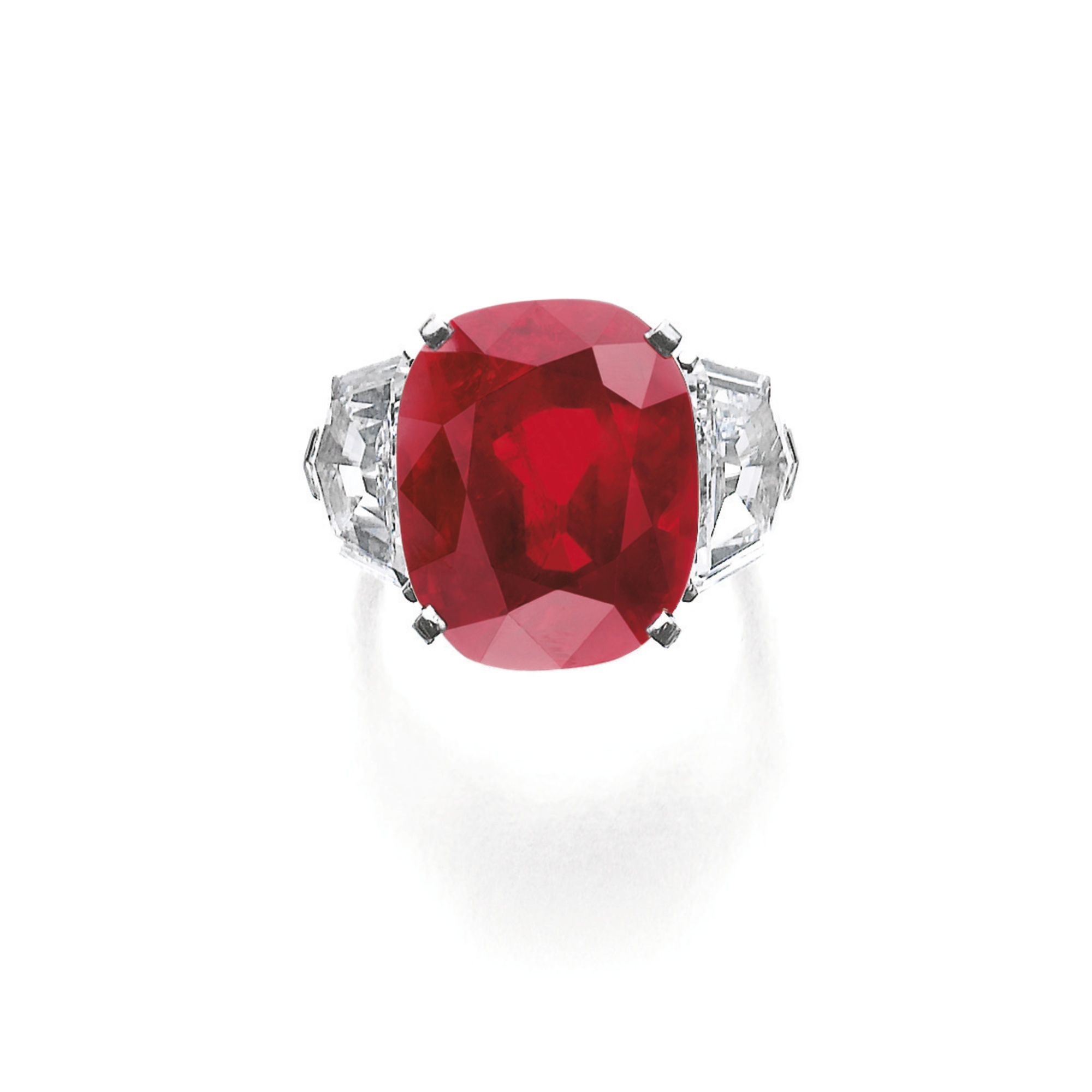 The most expensive gemstone other than a diamond, it was mined in Myanmar and is 25.59 carats. With a distinct color named as ‘Pigeon Blood Red,’ this gem was sold for $30.42M at Sotheby’s in Geneva, Switzerland to an anonymous buyer. The Swiss Gemmological Institute admired its unique color, fine purity and well-proportioned cut. 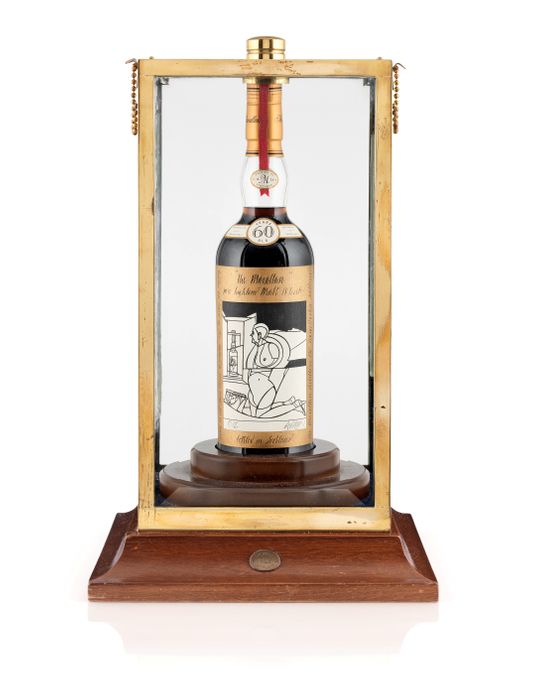 On 29th November 2018, Christie’s in London sold an extremely rare bottle of whiskey for $1.53M, topping a record set just a month ago. The whiskey was aged in sherry casks for six decades and bottled in 1986 in Scotland. The finely aged whiskey has a unique bottle painted by artist Michael Dillon. The bottle’s existence was doubted by many and believed it had already been used or lost, but the item resurfaced and was confirmed in Christie’s website. It is also hailed as the “finest and most collectable single malt produced in the 20th century”. 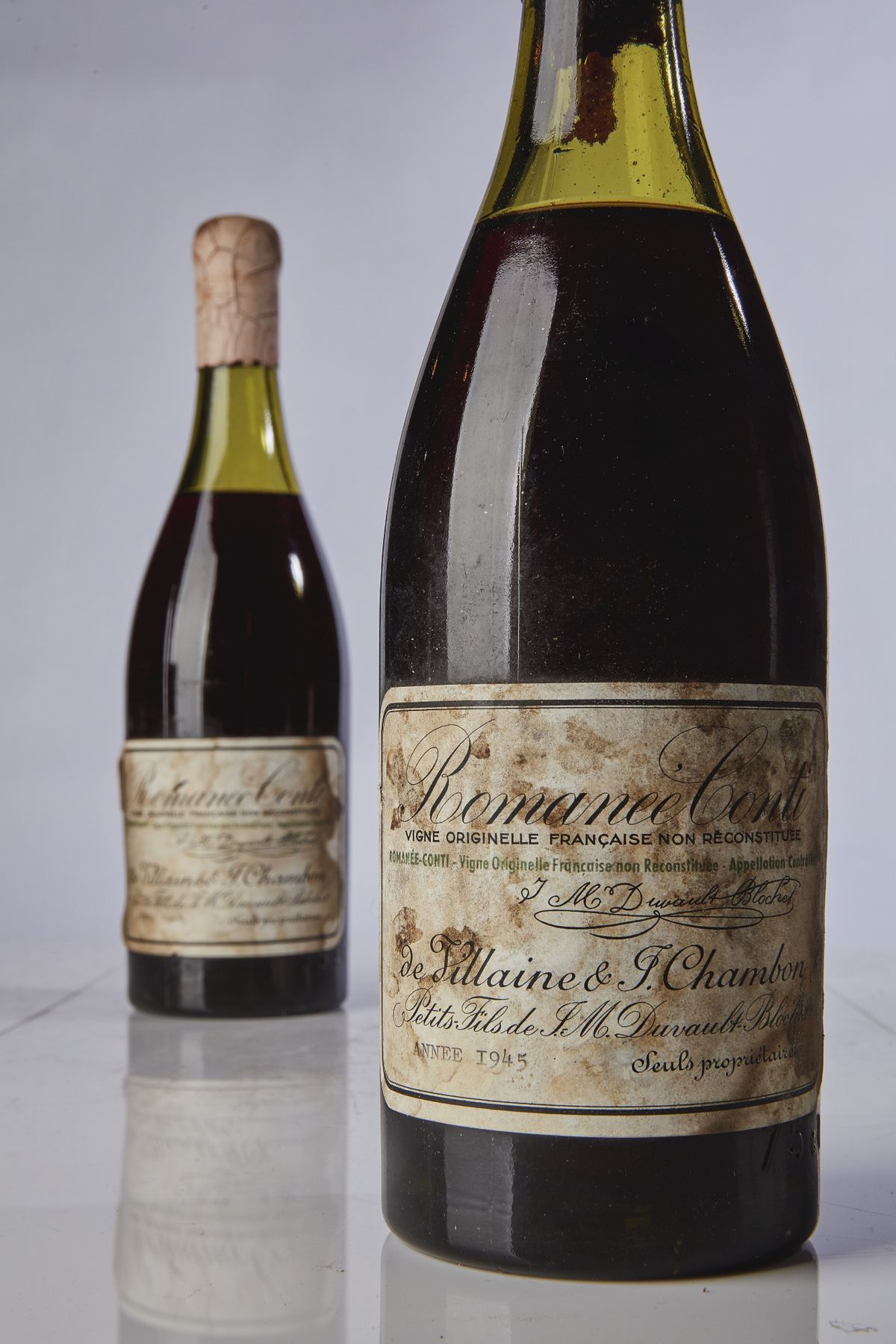 The most expensive wine auctioning to date, the Romanee Conti fetched a mind-boggling $558,000 for a single 750ml bottle. The bottle fetched roughly 15 times its estimated price and is widely considered the finest Burgundy in the world. Sotheby’s New York auction saw this fine specimen of a wine sold to an Asian collector who chose to remain private. A total of 600 bottles of the Romanee Conti ware made and very few are actually left at this point. Another bottle of the same origin was sold for $496,000 within minutes. 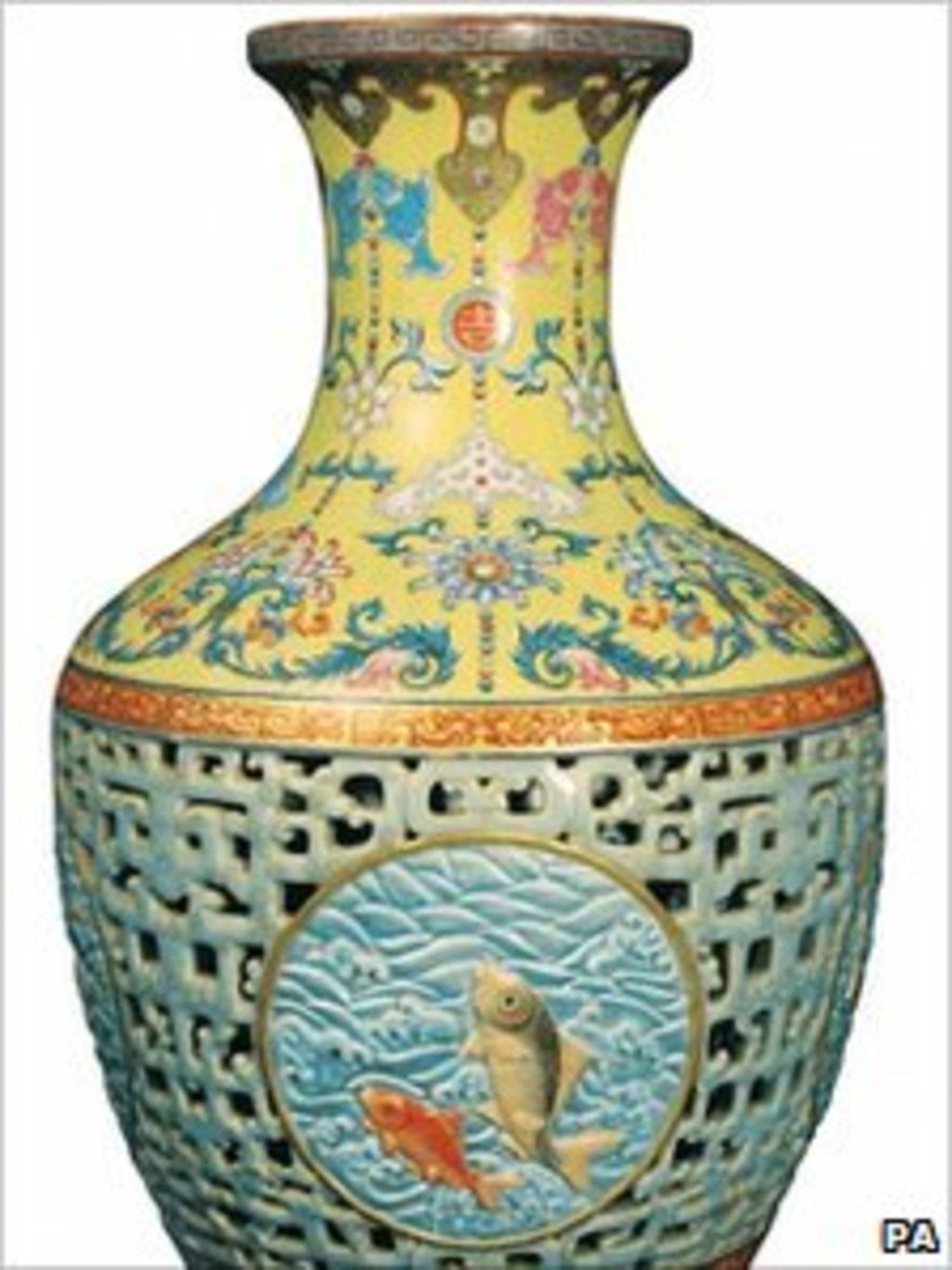 The most expensive auctioned antique is a Chinese vase from the Qing dynasty. This incredibly rare artifact is stunningly beautiful with motifs of flowers and fish painted across the delicately crafted body. It is believed this vase was crafted during the 18th century and brought to London by a traveler. The vase was sold at Bonham's auction house for $80.2M privately. The consigner of the vase, believed to be a descendant of the explorer received $29M from the sale.

Napoleon Bonaparte is one of the greatest military geniuses in history. A gold-encrusted sword belonging to Napoleon was sold for a record $6.5M. Napoleon carried the sword during the Battle of Marengo and also during his Egyptian campaign. A soft curve compliments the Egyptian inspired design of the sword at the sharp end of the blade. With an elegantly designed pommel and richly colored handle, the blade has beautifully encrusted gold in its body. The sword was sold in an auction house in South East Paris. 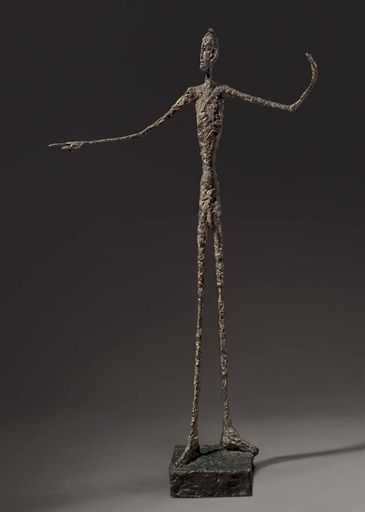 Alberto Giacometti was a revered sculptor. In May 2015, L’homme au doigt was sold for $141.3M to bidder Steve Cohen, a hedge fund mogul. The name of the sculpture translates to ‘pointing man’ and refers to the sculpture’s thin figure pointing. The tall and slender figurine is inspired by Giacometti’s inspirations in cubism and surrealism. The sculpture remained with Christie’s for 45 years before going on sale. 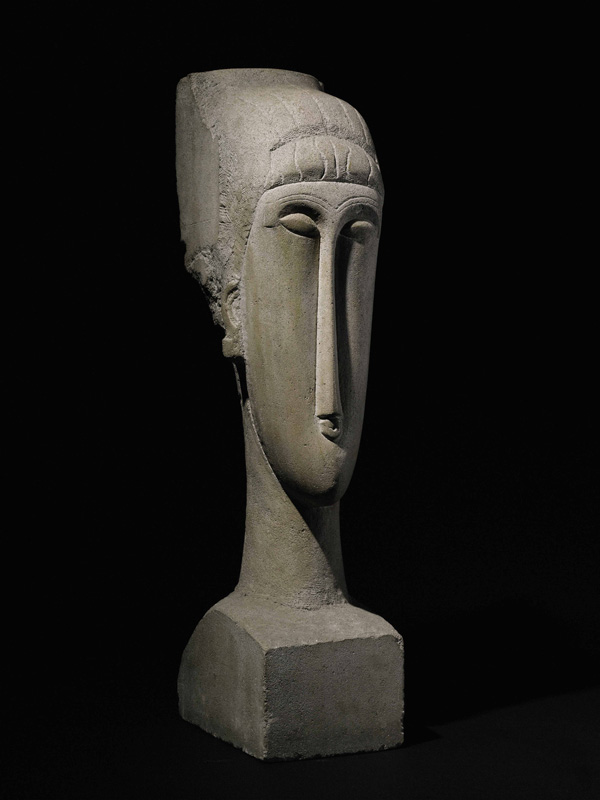 Amedeo Modigliani was an Italian artist who created a total of 27 sculptures. His most popular sculpture Tete was sold to an anonymous telephone bidder for $58.4M in 2010. The sculpture is heavily inspired by African architecture. It is symmetrical, simple in design and is made out of limestone. The sale is one of the most expensive work of art to be sold in France. It was sold by Christie’s. 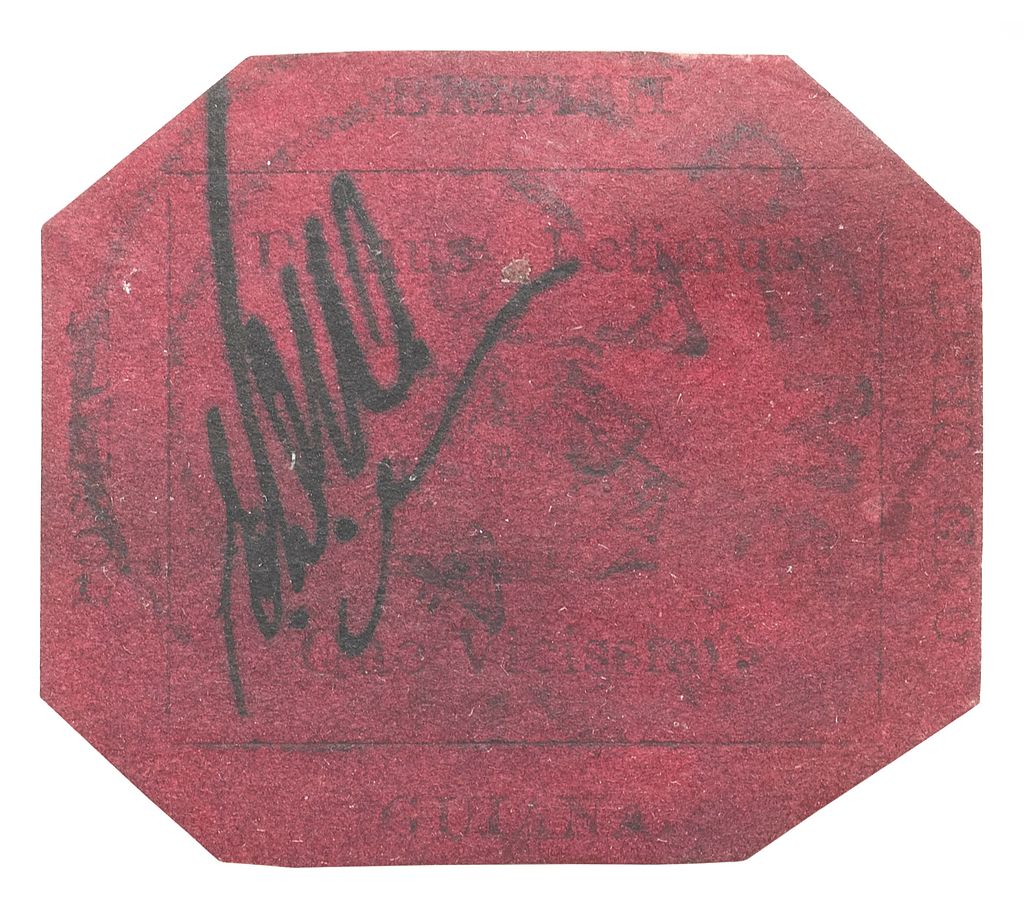 In 1856, this stamp was created and distributed in limited numbers. Back then it cost just 1 cent and there is only one of this exclusive variety that is known to exist. It makes this stamp the lightest item in this list of expensive goodies. This stamp has spent most of 160 years inside bank vaults and rarely has been showcased to the public. It was recently acquired in an auction for a bidding price of $9.4M by shoe designer Stuart Weitzman, who reportedly put the stamp in his back pocket after purchase instead of taking the armored truck provided for delivery. 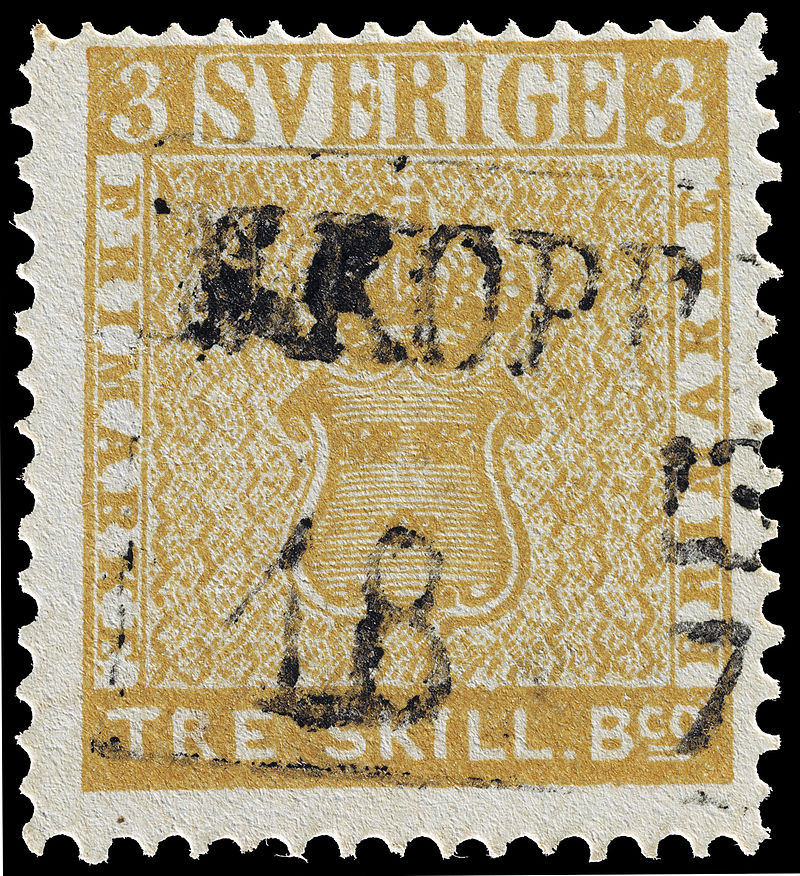 This stamp is one of a kind. Why? Because it was misprinted. While the rest of its batch was printed in blue-green color, this particular rarity was printed yellow. Issued in 1855, this Swedish stamp is believed to be the only one of its kind. The stamp has been sold many times, each time with increasing value. In May 2010, the stamp was sold in  Geneva, Switzerland for $2.3M. The item was sold once again in 2013 in a private sale by Count Gustaf Douglas, a Swedish politician for an undisclosed price. 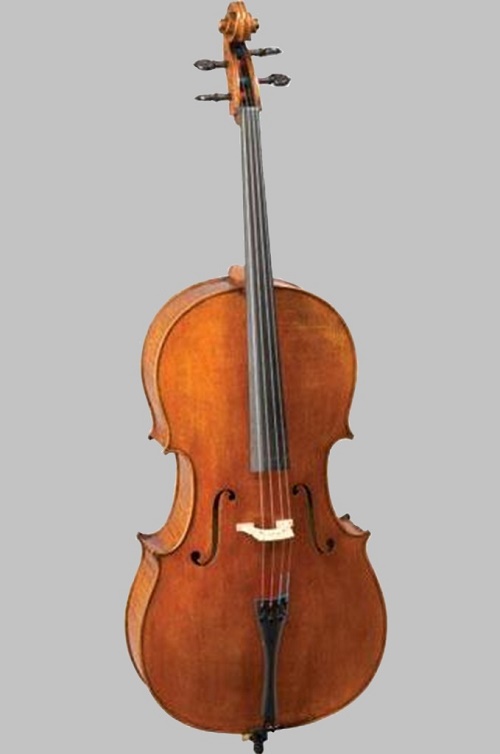 Antonio Stradivari was a renowned luthier who made this exclusive cello in the year 1711. This cello was named after Jean-Louis Duport, who played it around the year 1800. At one point, this cello was lent to Emperor Napoleon Bonaparte who is said to have mishandled the cello, causing a dent in the body that is visible to this day. This cello was owned by Mstislav Rostropovich until his death, after which Nippon Music Foundation purchased the priceless creation. Disputing articles surfaced, claiming Rostropovich’s heirs still owned the cello. Duport Stradivarius remains the most expensive auctioned musical instrument.

Named ‘Blackie,’ Eric Clapton’s legendary Fender Stratocaster guitar fetched a bidding price of $959,500 in an auction in 2004. This holds the record for most expensive auction for a guitar from the Rock era. Clapton often referred to this guitar as a "part of him." Clapton used Blackie from 1970-1985 and sparingly in the 90s and remains one of his most iconic instruments. While the guitar was estimated to cost around $100,000 - $150,000, the winning bid was significantly higher.