Miley Cyrus seen with Lima's sister in Byron Bay, Looks like the ladies had a Girl's Day Out

Rockstar Miley Cyrus and Liam Hemsworth have been dating for quite a while now. As recently, the "wrecking ball" singer Cyrus is in Liam's hometown at Byron Bay.

On 30th December 2017, Miley Cyrus was seen with some girls gang shopping around the bay. So, who are Miley's new shopping partners?

Miley Cyrus and Elsa Pataky's day out at Byron Bay

Mailey was seen in a hippy looks with bags along with some girls. She went out on shopping with Liam's sister Elsa Pataky leaving her darling boyfriend home on Saturday. She was seen spending time with Liam's Brother's wife Elsa along with some female gang. So where was the pop star heading to?

Before that take a look at a beautiful photograph of Miley and Liam uploaded by Miley in her Instagram:

Miley Cyrus 25 appeared in an Elvis Presley T-shirt and shorts while her outing and Elsa wore a revealing tank top and shorts. Miley was seen pretty excited in entire walk out and it looks like she is trying her best to fit into the Hemsworth family and guess what, it looks like she has blended pretty well. 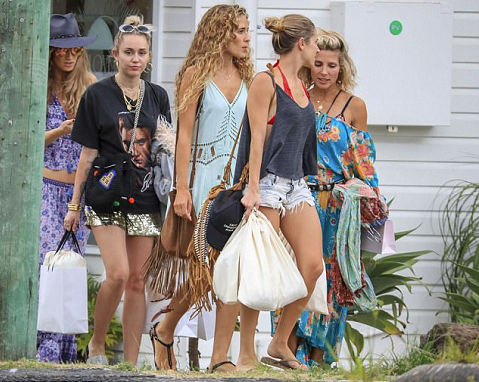 CAPTION: Miley Cyrus With Elsa along with some female friends SOURCE: Daily Mail

After the singer patched up with her long-term lover, the singer recently seems to have changed her lifestyle. Nowadays Miley is seen more laid back than ever and is enjoying her time with her fiance Liam. Looks like Elsa along with her friends did a lot of shopping on Saturday as the to be sister and Miley along with the girl gang were seen out on shopping. The group of girls was seen having fun together it in the Australian Bay and Miley dressed up in casual seems to fit in the gang perfectly.

What else can they possibly want? A sunny day, a lot of baggage and female company to talk to; Looked like Miley completely forgot that she had left her to-be husband Liam at home. Well, after shopping she returned to Liam with shopping bags for sure. We wonder what the pop star would have bought for her actor Liam who stayed home this Saturday?

Miley and Liam shared an on and off kind of relationship for quite a long time but the couple seems to be doing quite fine in recent days. They are seen spending quality time together and after their engagement, both have shown some strong commitment to making their relationship stronger. The day out with Liam's sister also seems like a step from Miley. The former Disney star was seen good fitting into girl's gang perfectly. 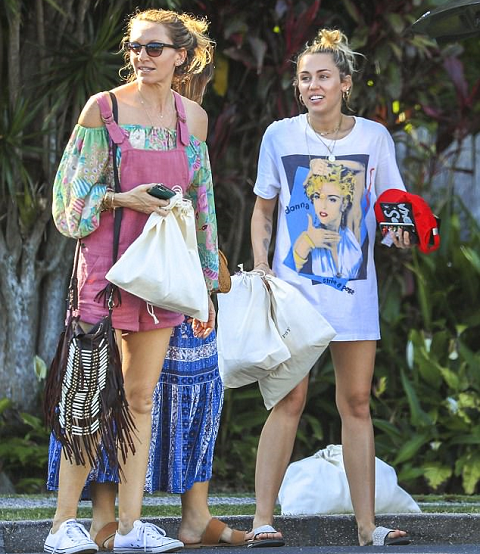 CAPTION: Miley and her Mother In-law in another fine morning SOURCE: Daily Mail

Take a look at another Image where she is seen hitting the road with her to Be hubby, and was accompanied by her Mother in-law. 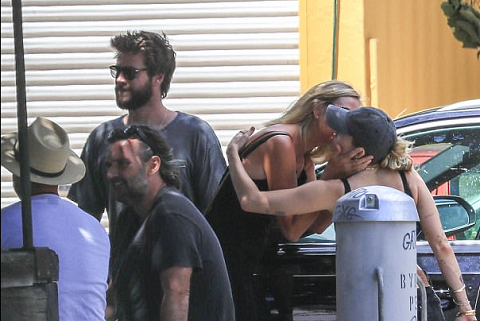 For more, keep up with Hitberry.