25-year-old Dalton Gomez took all over the internet with his relationship with Grammy-winner singer-actress Ariana Grande. The couple secretly got married on 15th May 2020.

Their first wedding photos surfaced on the internet on 26th May which left fans and viewers in awe.

So who exactly is our fan-favorite Ari married to? Scroll down below to learn about Gomez's personal as well as professional life.

Grew Up In California

Dalton Gomez was born on 7th August 1995 in San Bernardino, California, and is 25 years old currently. He grew up alongside his brother Dakota, a tattoo artist in California.

Besides this, the newly married man has kept details about his family away from the limelight. He stands 5 feet 10 inches or 178 cm tall in height and weighs around 56kg or 123 lbs. 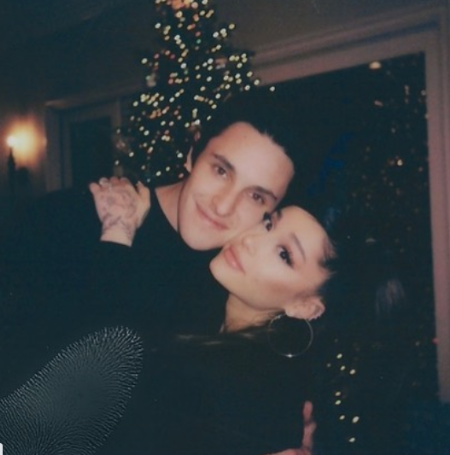 CAPTION: Dalton and Ariana made their first public appearance in Stuck With U music video SOURCE: Instagram @arianagrande

Taking about his now-wife, Ariana Grande-Butera was born on 26th June 1993 in Boca Raton, Florida to Joan Grande, CEO of Hose-McCann Communications, and Edward Butera, a graphic design firm owner.

She has Italian descent with Sicilian and Abruzzese roots. Likewise, she attended Pine Crest School and North Broward Preparatory School.

Works As A Real Estate Agent

He holds one of the largest Rolodexes of A-list buyers and is also known for his vast knowledge in the fields of luxury estates and architecture.

As a real estate agent, he has sold multi-million dollar homes and some even speculated that Gomez helped his beau buy her newest pad in Los Angeles.

The 7 Rings singer tied the marital knot with the real estate tycoon, Dalton Gomez, on 15th May 2021 in a private and intimate ceremony at Ari's historic and beautiful Montecito house. 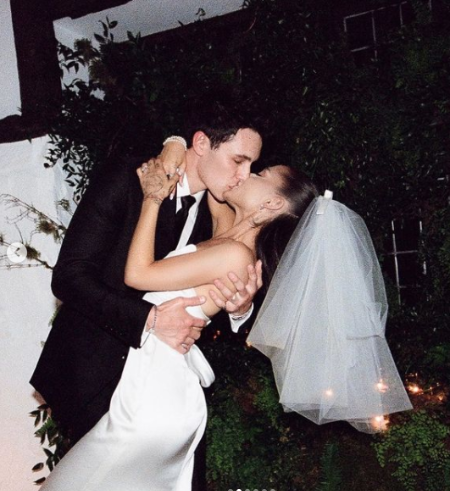 CAPTION: Ari and Dalton exchanged their wedding vows on 15th May 2021 in a private ceremony SOURCE: Instagram @arianagrande

As per reports, the wedding was small and intimate and was attended by less than 20 guests. Similarly, a source told E! that the "decor was beautiful but not over the top" as Ari wanted it to be simplistic and tasteful.

Ther wedding photos were taken by Stefan Kohli and were posted on Grande's Instagram on 26th May. In the photos, she is seen wearing a customized Vera Wang dress and Gomez wore a black and white suit by Tom Ford. 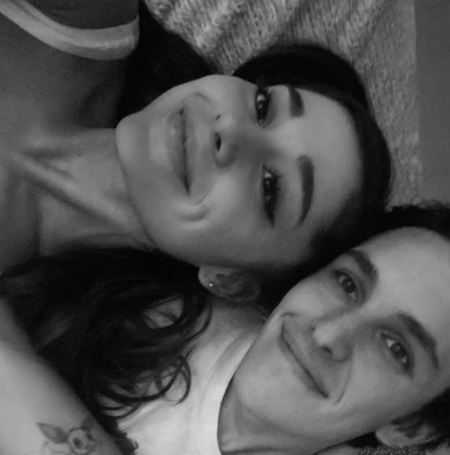 The power couple made their relationship public in May 2020 by appearing in her music video"Stuck with U" featuring Justin Bieber.

They got engaged on 20th December 2020 after dating for 11 months. The next day, she was seen flaunting her diamond and pearl engagement ring on Instagram designed by Solow & Co's jeweler Jack Solow.