Home Gossip Meet All My Children Star Kelly Ripa & Mark Consuelos' Youngest Son Joaquin Antonio Consuelos!! How Old Is He? Is He Dating Someone?

Meet All My Children Star Kelly Ripa & Mark Consuelos' Youngest Son Joaquin Antonio Consuelos!! How Old Is He? Is He Dating Someone? 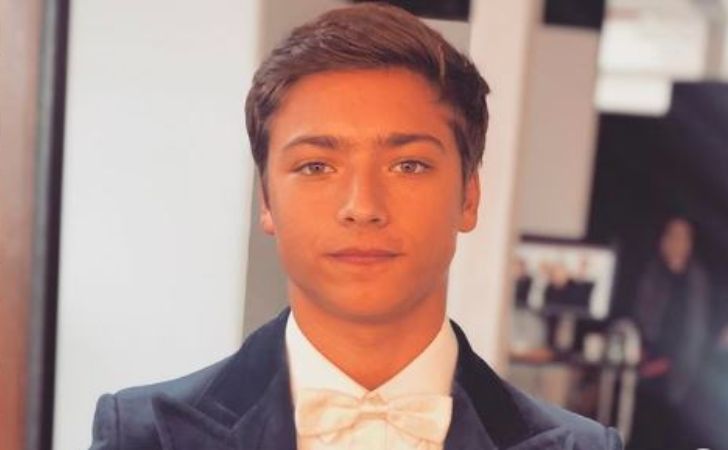 Being born into a family full of successful people is a gift in and of itself and Joaquin Antonio Consuelos, among others, is one of those lucky kids. The rising star garnered a lot of media attention right from the moment he was born.

The star kid has proven to be an outlier, choosing a different career path from his parents and siblings. He is currently enrolled at a prestigious university and seems to be living his best life! Want to know more about his family or which university he got into? Scroll down below.

Who is Joaquin Antonio Consuelos? How Old Is He? 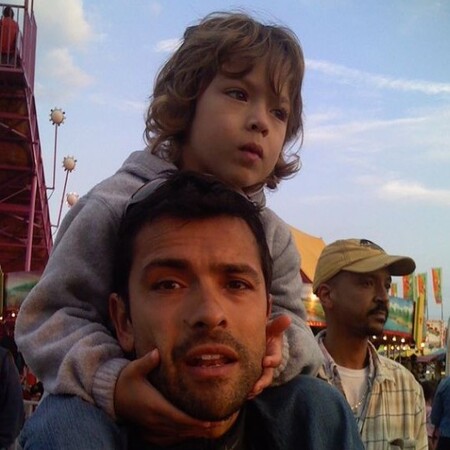 Likewise, he comes from a mixed ethnic background, Italian and Irish. He has two older siblings, Michael Joseph Consuelos and Lola Grace Consuelos. Joaquin was brought up in Manhattan, New York City, by his parents alongside his older siblings.

Joaquin Is A Renowned Student Wrestler

Moving unto his educational qualifications, the beginnings of Consuelos' school life were not very pleasant. His parents didn't think he'd be able to do well in school as he had severe dyslexia and dysgraphia.

Despite the odds, Joaquin graduated from high school with honors with the help of his school and parents. As we all know where there's a will, there's a way. 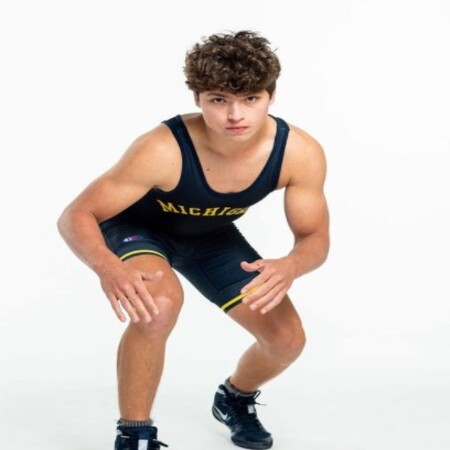 Consuelos Got Accepted Into The University of Michigan

After graduating from The Churchill School and Center, Joaquin headed to the University of Michigan (MICH) to study wrestling.

He was pleased when he received the university's acceptance letter and announced the good news writing:

"Super pleased to embark into this new chapter with @umichwrestling! I'm honored to be a part of such a fantastic program." in a thank-you post on March 13, 2021. " 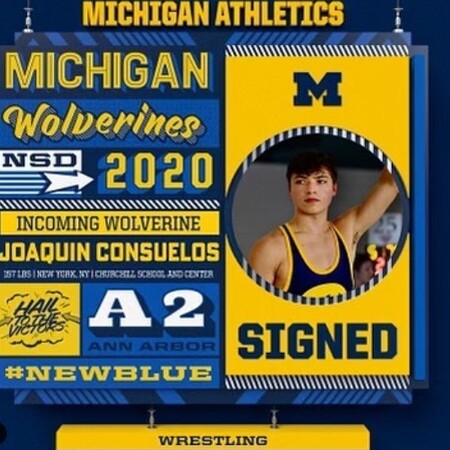 CAPTION: Joaquin getting accepted into the University of Michigan SOURCE: Instagram @joaquinconsuelos

Since high school, the young wrestler has competed in a variety of wrestling contests and has won a number of matches.

However, the journey wasn't all gold and glitters. In 2020, he injured his nose during one of the fights. It was completely busted, despite the fact that he won the fight.

Back in December 2019, after one of Joaquin's battles, his father became upset and attempted to attack his opponent after Mark claimed Joaquin's opponent had removed his helmet.

The situation eventually calmed down, however, it grabbed huge attention from the media and several outlets covered the news.

How Rich Are Joaquin Parents?

As the rising star is yet to begin a professional career of his own, his net worth and earnings are under the radar at the moment.

On the other hand, his mother Kelly Ripa, a 51-year-old American actress, host, and producer, has a net worth of $120 million and earns $22 million per year in annual salary.

Whereas his father, Mark Consuelos, has an estimated fortune of $40 million as of early 2022. He is best known for All My Children and Riverdale.

Is Joaquin Antonio Consuelos Dating Anyone?

The handsome 19-year-old has kept his personal life out of the spotlight. However, it appears that the celebrity son is currently single and has no romantic relationships.

Going through his social media profile, Joaquin seems to be occupied with building a career in the wrestling world. As mentioned above, he recently joined the University of Michigan where he is a part of the college wrestling team.

On 26th May 2021, Joaquin took a girl named Melissa to the prom with him. Although Kelly posted the picture of her son and his prom date on her official Instagram handle, no news of their budding romance popped up.

Hopefully, the youngest Consuelos will let his fans and followers to more about his mysterious love life in the near future.

SEE: What Is Dr. Dre's Son Marcel Young Up To?