Mark Steines and longtime wife Leanza Cornett, who is also a former Miss America, announced that they will be separating after seventeen years of being married.

Mark Steines and Leanza Cornett are now officially divorced. However, the announced divorce took a lot more time than either of them expected. Mark has even complained that the divorce has turned out to be an exceptionally heavy financial burden for him. 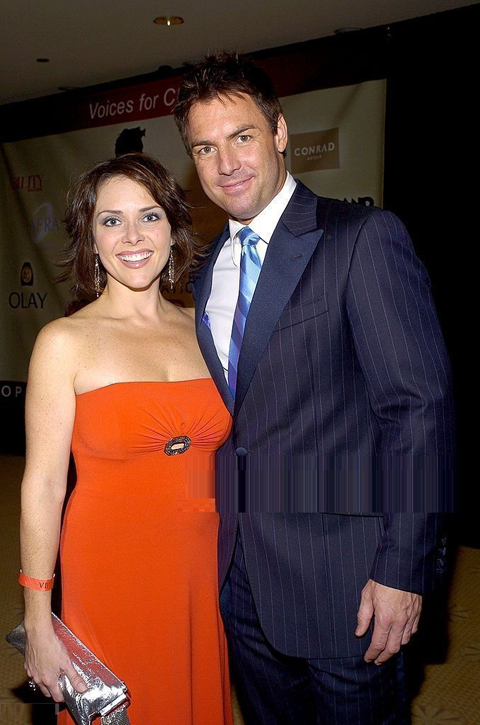 The couple is apparently trying to keep things as upbeat and positive as possible for their Kids. They have two kids out of their seventeen-year marriage, both sons – Kai Harper who has just turned 15 this year and his younger brother Avery James who turned 13. The couples are working hand in hand so that their kids aren’t pressured by the transition that is happening in their lives.

Mark has been spending as much time as he can with his kids, taking them to work, to the movies and lunches to theme parks. Steines does everything possible so the kids can get through his transition in their life as effortlessly as possible. He has said he wants his children to get through their parent separation “unscathed”. 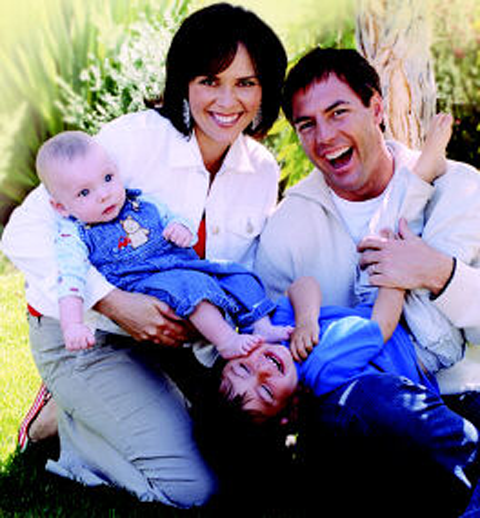 Leanza Cornett and Mark Steines with their children   Source: elisaall

The couple has promised to bring their son’s interest above all during this transition phase. The couple has expressed concerns over privacy and upcoming child custody negotiations. They have not yet revealed as to whether they will be seeking joint custody, though they have expressed by their behavior that it will most probably be co-parenting.

It is also not clear whether they will be seeking a litigation-based divorce or medication-based approach to their divorce. Mark has expressed concerns over the proceedings while Leanza continues to not comment on the matter.

The divorce, which seems to be dragging longer than usual, has left both couples to wander about without their rings. They have confirmed that while the divorce last they will be directing all of their attention to their children and not anywhere else.

After separating from 17 years long marital life with Leanza Cornett, he has moved on. Now, he is spending his marital life with children's book author Julie Freyermuth. The couple tied the knot on August 20, 2016. You can check out their wedding photos, HERE.

And guess what? The couple will be receiving a bundle of happiness this August. They are all set to welcome their first child, a baby girl together. 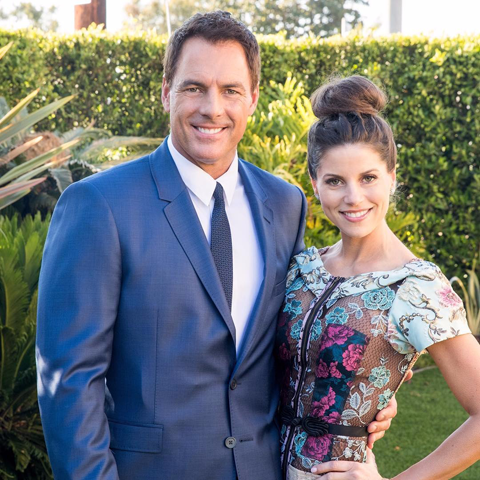 Mark, apart from his personal life, has been fairly successful in his profession. He was the host of the syndicated celebrity gossip program Entertainment Tonight from 2004 to 2012. He is currently working as the host of The Home and Family Show on the Hallmark channel. 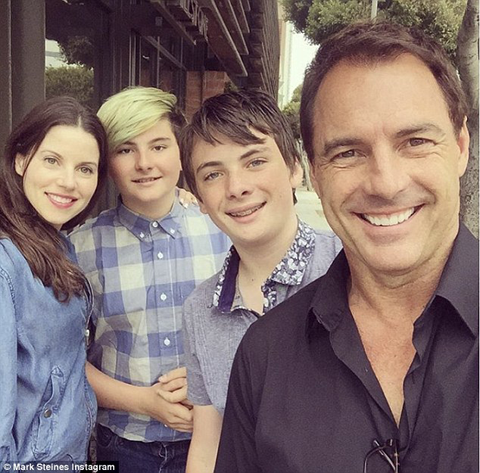 Mark Steines and Julie Freyermuth with his children  Source: dailymail

Apart from hosting, Mark has had several cameo appearances in both TV Shows and Hollywood Big Budget Movies. He has mentioned he likes to host shows more than making appearances in movies. He even hosted the hit TV Show Gold Rush, which is shown on the National Geographic Channel.

Mark Stein has a height of 1.83 meters (6ft). Mark’s salary has always been undisclosed. However, his net worth is reportedly over $20 Million. Mark is an active personality on social networking platforms like Twitter and can be followed under the username @MarkSteines.