Former first daughter spotted in a day out with Rory Farquharson, a former head boy of London Rugby School. The pair were found having a fun time in New York's SoHo Neighborhood.

Rory Farquharson is the son of a titan executive & director of an investment group in the United Kingdom. Malia and Rory are both 19 who attended freshman year at Harvard University. Mali enrolled Harvard in fall 2017-2018 after spending a year traveling & interning company titled Weinstein film corporation. 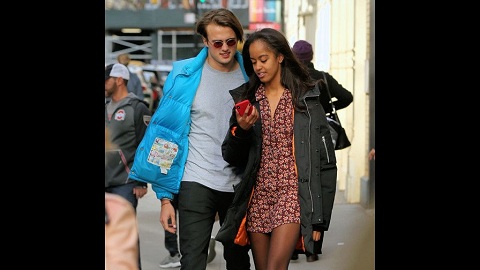 The duo ignored the crowd and enjoyed each other company having a chit-chat and sharing mobile. Rory dressed sky color jacket in matching pants showing eager expression while staring at Malia red covered phone.

If you are in the hunt for similar floral tea dress worn by Malia click here....... 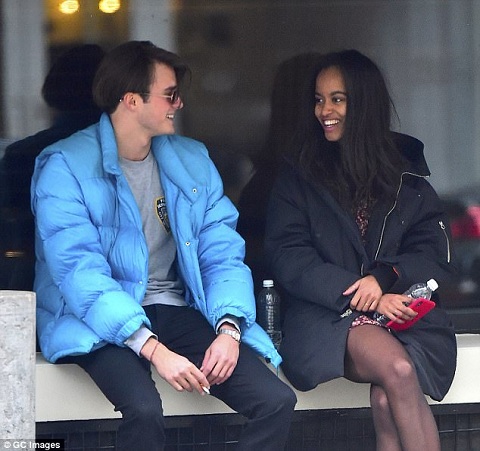 Malia boyfriend enjoys a cigarette while having chat with the girlfriend and both seem happy for each other. Malia really seems to enjoy the company of her posh where she was snapped with bright expression and a sweet smile.

Malia's boyfriend hit the first spotlight when he kissed Malia in a Harvard Yala football game in November 2017.

The below snap reveals the ongoing love looks really caring and strong. The way they stare in one another eyes with comfortable gesture and million dollar smile. 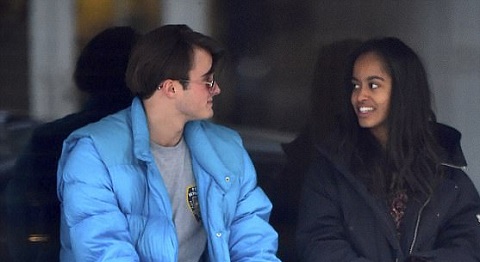 Earlier Malia extracurricular activity went viral when she was captured in a video blowing smoke. Ivanka, Chelsea Clinton, and other celebrity spoke on to give some privacy.