One of the recognizable faces in the TV, Lucy Watson is the leading TV personalities and fastest rising model in the UK. The brunette reality debut on Made in Chelsea triggered her skyrocketing modeling career. Apart from her TV career, she makes gossips with her love affairs.

The talented Watson is now a public face and lots of her fans are interested in her personal life. Recently Watson is dating a guy and she is having a wonderful moment with him. So who is this lucky guy? Let's find out.

Lucy Watson and her boyfriend enjoying the sea of Mexico

Lucy who has appeared in the in some of the UK's hottest fashion magazines Grazia, Wonderful, and Fabulous, HELLO took no time to make millions of fans in short period of time. A day passed by Watson love affairs caught lots of eyes in the past and recently she got attention when she and her hunky boyfriend James Dunmore was spotted a romantic gateway in Mexico.

With the fantastic shape and showing the gorgeous body, Watson spent some wonderful time as both of them were snapped splashing about in the sea in Tulum in this month.

Lucy Watson shows her hot body on the sea of mexico,Source: CelebMafia

Lucy was in her sexy bikini and James was in bright blue shorts as they continued enjoying the moment.

Made in Chelsea's Lucy Watson showed her stunning figure as James and she got cozy and couldn't keep their hands off each other.

Lucy was showing off her amazing body in a crimson bikini, source: mirror

Lucy 26 and James 28 looked more loved than ever in the glistening water of Mexico. During a sun-soaked break in Mexico, this love bird shared their moments with their fans via their social media.

Former Made in Chelsea star quit the show after four years to focus her relationship with James Dunmore who she has been dating since 2015.

This isn't the first time, they are out in the romantic vacation. In 2016, they shared a sweet smooch after they returned from a romantic gateway to Crete.

If you look at the dating history of this beauty, she dated a couple of guys and many of them were just a rumors. On the list, rugby player Jordan Turner Hall name was linked with Watson in 2013. 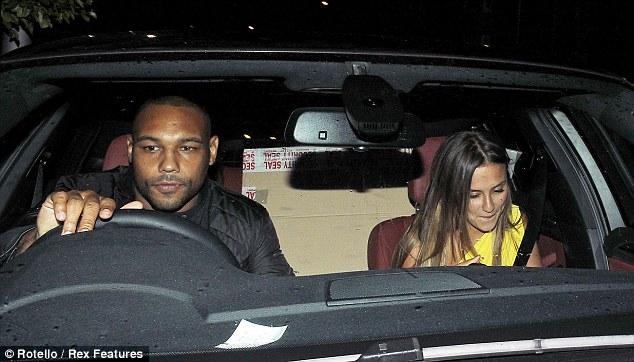 The 26-year-old  babe was spotted with Jordan at swish Chelsea restaurant in 2013 having a dinner. Before dating Jordan, Lucy was with  Spencer Matthews in the same year, Lucy and   Spencer broke up after Matthews admitted that he cheated on his ex-girlfriend, Lucy Watson. The love chemistry between Jamie Liang and Lucy Watson also made some new when the ex-couple started dating back in 2013. But their romance was to be short-lived. In the interview, Lucy reveals the reason of split with her c0-star. She called it quit afters seeing random pictures of Jamie looking rather close to a bevy of beauties while holidaying in Miami. In the same show Made in Chelsea,  Lucy dated another of her c0-star Oliver Proudlock in 2014. But like her previous relationship, this didn't have a happy ending. In the same year,  Lucy finds out that Oliver has been seeing other women which resulted in the ending of their relationship.

We hope to hear good news from Lucy and James in near future.