The hot talk for today is the relationship status of the LGBT activist, Ellen DeGeneres. How is her marital life with Portia de Rossi going? Also, know about the divorce rumors that flaked up on the internet a few months ago.

Ellen DeGeneres is in a happy relationship with Portia de Rossi

Ellen DeGeneres and Portia de Rossi is in a happily married relationship with Ellen being the wife and the latter one being a husband.

Also see: Portia De Rossi's Ex-Husband Mel Metcalfe is still single or is he Dating Someone?

How it all started!

The American comedian Ellen DeGeneres started going out with the Ally McBeal actress, Portia de Rossi since December 2004 as they were seen together for the first time backstage at VH1s Award show. But, their first public appearance as a couple was when they held hands at the 57th Emmy Awards in L.A. 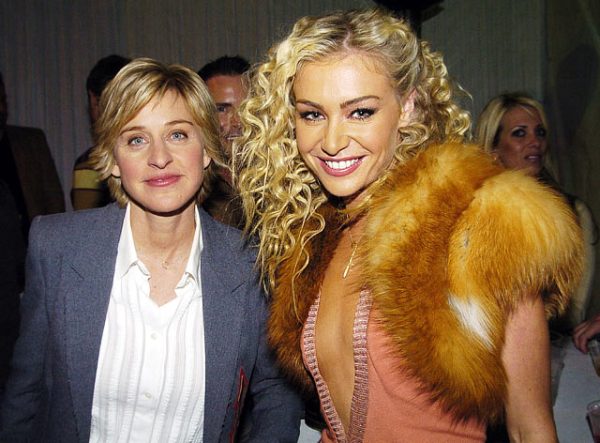 During an interview with De Rossi in 2006, she told the media that it was love at first sight. When she first met Ellen at the backstage photoshoot, she fell for her, and her knees went weak.

Portia de Rossi had a great proposal as Ellen asked for her hand with a 3-carat diamond ring on June 20, 2008. After the proposal in June, the couple got married on the 16th of August, 2008. 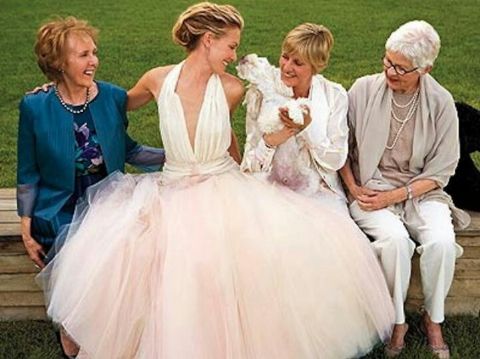 The couple got married after the ban of the sex-same marriage was lifted in California. Ellen and Portia walked down the aisle at their Beverly Hills home in front of 19 friends and family. According to a source, the couple exchanged their vows from a handwritten note.

After that, the couple has been living their life to the fullest as they are still living together in a happily wed relationship with no extramarital affairs. The pair is always seen together in every party and award shows with their hands always together. 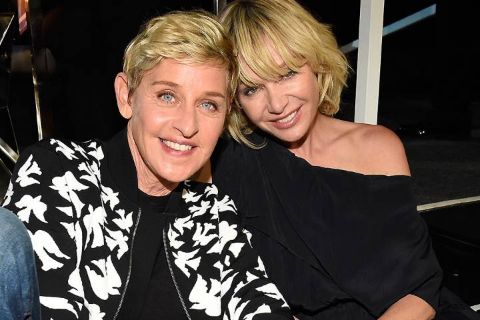 During an interview in 2011, De Rossi told the media that she respects Ellen so much and to be able to hold hands and walk down the red carpet together was exciting to her. Recently in 2018, De Rossi surprised Ellen on her birthday by appearing on her famed TV show The Ellen DeGeneres show.

What about their children?

Well, to talk about the children of Ellen DeGeneres and Portia de Rossi, then they do not have one.

In an interview in 2009, Ellen told the reporters that they love kids after they had been bathed and fed. So, the couple decided that they didn't want any children of their own. She also joked that there was far too much glass in their house.

In another interview about the rumors of De Rossi's pregnancy, she stated that she and her love Ellen had no plans to make children. They were happy as is.

There was a divorce rumor of Ellen DeGeneres and Portia de Rossi in the market as some tabloids claimed. As per the tabloid, she was spotted with no wedding ring. It was heard that Portia wanted the breakup but, Ellen wanted to hold the relationship together. 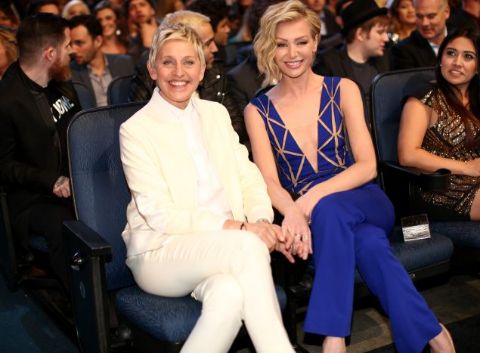 Even if there is huge news of the couple getting divorced, the news seems untrue as just some months after the rumor; De Rossi posted a photo of Ellen relaxing on a couch with their pet dogs. And, recently, De Rossi also surprised Ellen by appearing on her show. 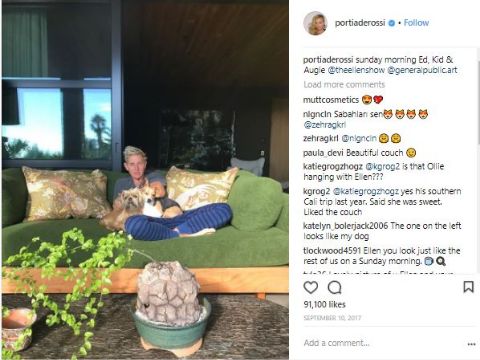 It seems as if the star couple; Ellen and Portia are still strong since they met in 2004.