Home Gossip Kurt Busch getting married to girlfriend Ashley Van Metre, whom he has been dating since 2014

Kurt Busch getting married to girlfriend Ashley Van Metre, whom he has been dating since 2014 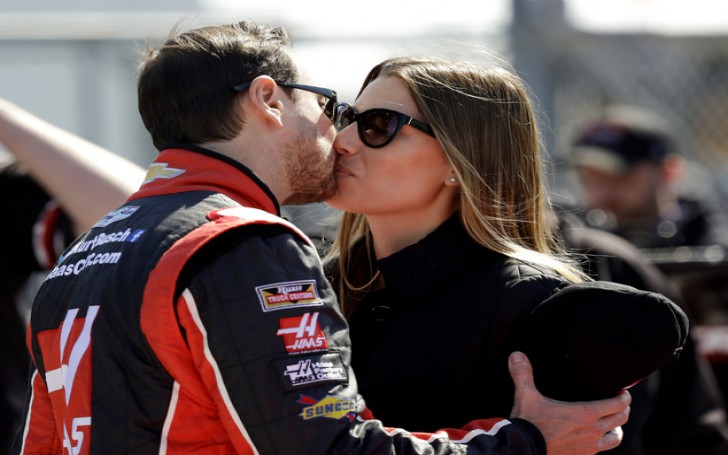 NASCAR champion Kurt Busch, who was engaged to his girlfriend Ashley Van Metre in the month of August this year, has announced his plans on getting married in late spring of 2016.

Kurt is very excited about marrying his girlfriend, whom he has time and again called the love of his life, despite having been married and divorced once before. Kurt plans to get married in Las Vegas, Nevada, which also happens to be his home town.

Sources claim that Kurt has chosen the world famous Caesars Palace in Las Vegas to hold the ceremony.  Kurt also intends to gift a ranch with a stable to his girlfriend Ashley, who is a professional polo player. Taking advantage of the break in the NASCAR season, Kurt has been busy planning for the wedding.

Kurt, known for his competitiveness, wants the wedding to be near perfect for him and his soon to be wife. He has hired the best in the business to take care of the function.

Ashley has also been seen preparing for the wedding. Inside sources claim that she has already finalized her wedding gown and it is a beautiful traditional white dress designed specifically for her.

Kurt and Ashley are once again heading to the Greek islands for their honeymoon this time. Earlier, after their engagement, they travelled there to celebrate. Greece is reportedly the couple’s favorite holiday destination.

Kurt first met Ashley after he was introduced to her by his sister. They were also known to be friends back then. However, Kurt and Ashley began dating in November 2014. However, they announced their relationship to the public only in the month of February this year.

Friends of the couple have said that the pair instantly fell in love with each other and have been inseparable ever since.  Kurt has also called Ashley his lucky charm as, after Ashley walked into his life, his performance in races has skyrocketed.

His stats for the year; in just 21 races he has been able to double his wins, reaching three extra poles. Last season, he finished twelve in the driver’s standings. But this season, with twelve more races to take place, he is already eighth in the standings.

Kurt has been married once before. His ex-wife Eva Bryan and he sought a divorce after being married for five years. Eva also filed a case against Kurt for domestic violence, which was said to be the reason why she was seeking a divorce from him.

Kurt comes from a family of professional racers. He is the second generation of car racers in his family. His father was a distinguished NASCAR driver who won several events in his career. His older brother is the current NASCAR champion Kyle Busch.

His net worth is estimated to be $25 million.

Pippa Middleton’s wedding Details and Rumors; Know about her Affairs and Relationship

Bachelor in Paradise’s Carly Waddell And Boyfriend Evan Bass To Get Married, Know The Wedding Detail