Home Gossip Know how Sanmay Ved owned Google. Is Google worth $6006.13 for a minute? 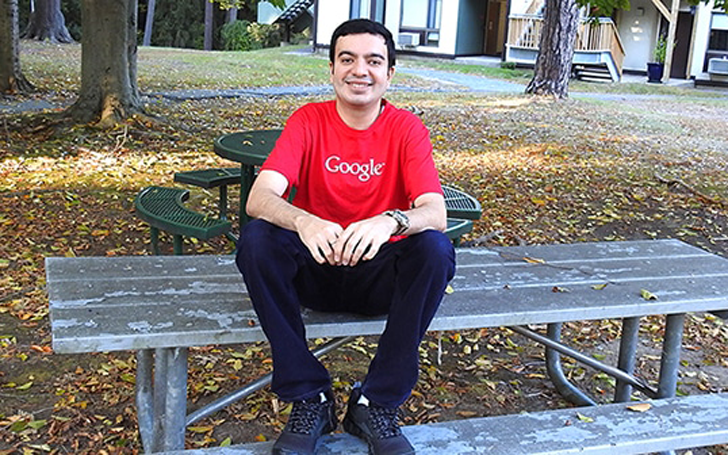 Owning a domain name is a simple thing, but owning domain name of a popular business is a big achievement in itself. Domain name is the name of your website. Simply using it as an example- www.google.com is a domain name. Now just imagine if this domain which is so popular worldwide was bought in a span of some minutes.yes, that's right Google’s official domain once was owned by former Googler for a minute on 29 September 2015.

Google, as top used search engine hosts security bounty program similar to Facebook’s bounty hunter program. Such programs can be profitable for those who discern problems or bugs within the system. Named Google Security Rewards, the company already paid more than $2 million to 300 people or more. But among all Sanmay Ved is the most interesting recipient. He is the guy who managed to buy Google’s official domain. Google fixed the issue later rewarding Ved for the domain.

If you are wondering about reward figures, let me tell you Google paid $6006.13 in total to Sanmay Ved. Quite strange, the GOOGLE domain snatcher was rewarded with mere $6000.

Ved posted on LinkedIn about what happened to him and the transaction but didn’t reveal how much Google paid him. However, Google spells out figures in Security Blog about the reward. When Ved chose an option to donate his reward to charity ‘The Art of Living India’, Google doubled the reward.

Who is Sanmay Ved?

Sanmay Ved is a Googler with an experience in e-commerce and entrepreneurship over 10 years and over 6 years of experience at Google. Sanmay is the first person to establish first online video game business along with online Philips Lightning Store in India.

Sanmay Ved left Google in November 2012 and returned to the position of a founder in his 'Ved Group' business. Later he joined Amazon as an intern in May 2015. He now works as Agency Development Manager at Google Marketing Solutions.

Sanmay Ved acquired this domain on 29 September 2015 midnight. When he was learning Google Domains interface, he searched for the domain. He was expecting error message, but the domain was available.

Ved then bought the domain name paying through his credit card. Soon after the purchase, he received access to webmasters tools of Google. The search console was updated, and he got access as a verified owner of Google.

Within few minutes, Google sent an order cancellation email. As Google Domains is the subsidiary of Google; the domain purchase was cancelled. This incident is quite similar to what happened to Microsoft in the year 2003. The company forgot to renew the ‘hotmail.co.uk’ which was open in a market for pickup.However, no one bought it and further actions were not processed.

Google lost its ownership for few minutes and got it back from the temporary user. How is that even possible? Isn’t Google the most powerful business entity till date? It is yet unknown!

Google is quite conscious about domain names. The company already bought several domains including goggle.com, gogle.com, googlr.com, googl.com and more just in case if the user mistypes the word. Not just that, Google also purchased a numeric domain, 466453.com. Yet Google could not save its core domain name.

Employees Motivation: Benefits that Employees Get in Google

As seen in Forbes, Google’s worth is $82.5 billion. Why would the company re-own the domain just for mere six thousand dollars? The figure is quite small before a giant elephant. Actually, it might be the Google metrics policy they are experimenting.

If the figurative numbers are to be examined, you would discover the truth. The figures $6006.13 refer to GOOGLE when scrambled up and down. It is similar to what Google did in the stocks buyback. The amount figure was $5,099,019,513.59 which exactly is a square root of 26 times a billion.

What would anyone do when the top entity domain is open in a market? Of course, you buy. Sanmay did the same. He bought Google.com and became owner even if it lasted few minutes.

Sanmay Ved, as former Google employee was not in a position to deal with the Google. Yet he had a choice to do that. Soon after the deal of reward, Ved well established his own company back in India. Does this mean he had a secret deal with Google to get his job back? He returned to Google as Agency Development Manager in May 2016.