Ella Anderson was introduced to Nickelodeon in the role of Piper, for Nick's new series Henry Danger as Henry Hart's younger sister. After her role gained popularity fans are pretty much interested in knowing her personal life and family life.

Being the youngest cast member of the hit series, its impossible for her to have any boyfriend or to have an affair, so let's take a look at her day to day life and know our little princess up close.

Ella before joining the crew of Henry Danger was featured in more than a dozen projects including television shows and commercials. Do you all remember the little Football Girl in a popular FiOS commercial? If not then here is the commercial that our lovely girl Ella appeared in.

Looking at her fame and current projects, she should probably earn around $50 thousands from the Nickelodeon project. Further, the child actress should hold an estimated net worth of around $300 thousand (the estimation is based on observation of her crewmember's earning).

Born on March 26, 2005, Ella Anderson is from Ypsilanti, Michigan, USA. She grew up along with her two elder brothers Gabriel Anderson and Julian Anderson. Moreover, she is the youngest yet most talented child in the family. So far she is living happily with her parents and brothers. Moreover, her current show is also pretty popular among kids which further has given her the celebrity status that she deserves.

You won't believe her level of IQ, here is a video where she guesses 90's hits and she gets most of it right, does that mean she is going to follow past child celebs and join the music industry? Who knows, but let's check out the video

Ella Anderson started her acting career at the tender age of five debuting in 2011 playing the role of Hazel in an American teen sitcom A.N.T. Farm. The following year, she appeared in one episode of Raising Hope. Anderson made further appearances on Disney shows in 2013 which got hee directly into the limelight. Her fame is better defined by her Instagram, as of March 2018, she has around 1.5 million followers on her Instagram account.

Ella again appeared in Dog with a Blog as Darcy Stewart and in Liv and Maddie as Jenny Peeke. She really enjoys having dogs around and has two pet dogs of her own as well. Currently, she is playing the character of Piper Hart since 2014 in Henry Danger.

Her big screen debut was in 2016, in the movie called The Boss where she portrayed the role of Rachel Rawlings. Anderson was seen having fun in the Nickelodeon Kids Choice Awards. She has been attending these awards since 2015. She at 2017's award had some fun with Hollywood superstar Cris Patt Let's take a look at the 2017's kids choice awards with Cris Patt. 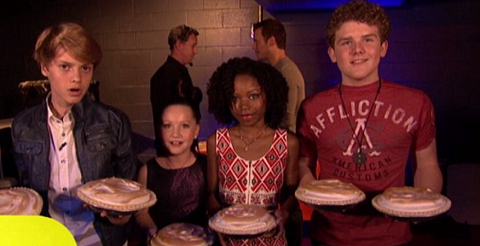 Also Read: How much is actor Jace Norman's Net Worth, get to know his Career and Award 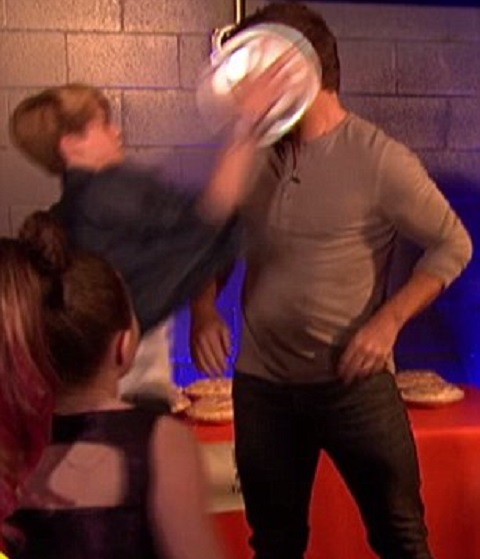 Actors like Jace Norman, 15, Ella Anderson, 10, Riele Downs, 13, and Sean Ryan Fox, 13. ' We're giving him a classic Kids' Choice Awards welcome as per Norman and they actually did gave him one.