Home Gossip Kim Zolciak Biermann ended her relationship with Tracy Young; who is she married to now? Know her Past Relationships and Children

Kim Zolciak Biermann ended her relationship with Tracy Young; who is she married to now? Know her Past Relationships and Children 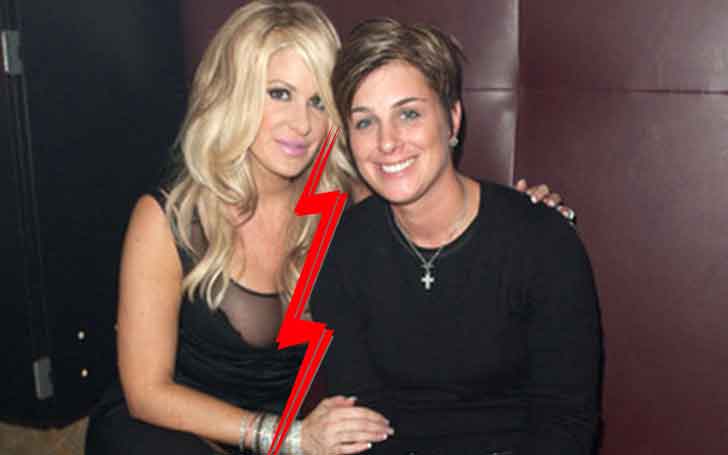 39 years old American television personality Kim Zolciak Biermann well known as one of the original housewives of reality television series The Real Housewives Of Atlanta ended up her romantic relationship with Tracy Young.

Kim Zolciak is now together with an American football outside linebacker Kroy Biermann. In March 2010 Kim revealed that she was a bisexual and has a romantic relationship with Tracy Young. Being in a relationship for eight months Kim and Tracy got dispatched with lots of controversies. Let us know more about Kim Zolciak Biermann's past relationships and current affairs.

Kim and Kroy got married on 11 November 2011. She looked beautiful in a white gown as a wedding dress costing $58,000. The couple dated for a long time before they tied the knot which has helped to make their relationship successful. 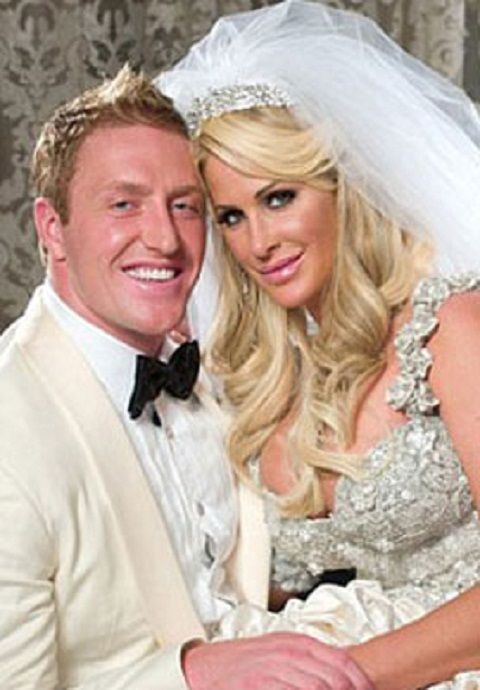 Spending six years together after as a married couple, they got an idea of making their love more stronger and decided to renew the vows. And the romantic couple celebrated the vow renewal ceremony for the second time.

It seems that the couple is very happy spending their romantic married life together as they look very concerned about keeping their relationship better.

The couple celebrated the vow renewal ceremony along with their six children and some other near ones. They have shown their true relationships with no negative rumors and controversies in the media. Kim often shows her love towards her spouse Kroy Biermann by sharing the pictures together via Instagram.

Also Read: How Much Money Did Kroy Biermann Estimate for his Salary and Net Worth? Career and Awards 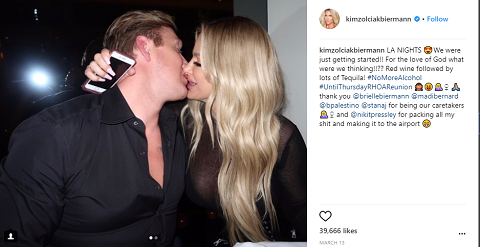 Kim and Kroy are living their romantic married life happily with their six children. Both Kim and Kroy look very dedicated to their relationship as a couple and as parents.

Kim got married to Danial Toce in 2001, but the ex-couple could not make their married life successful for a long period and got divorced after being together for two years in 2003. Both Kim and Danial did not talk much about their relationship in front of the social media, so the personal relationship between the ex-couple is quite a secret. 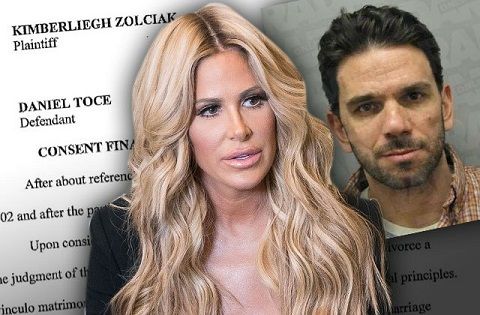 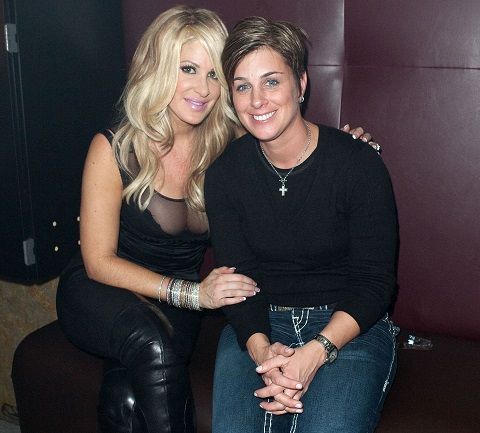 CAPTION: Kim Zolciak Biermann and Tracy Young together in the picture together. SOURCE: people.com

After spending the romantic time together, the couple had a dispute with each other and Tracy claimed that Kim was a liar and a homophobic. She expressed her anger towards Kim tweeting these nasty tweets.

She's HOMOPHOBIC! It's about time! https://t.co/SLPYXi0cef

Young said Kim was a liar because she denied what went on and the reunion brought it all back. Back then Young also revealed that Kim wanted to marry her and asked to have a baby with her. Though, the ex-couple is not together yet, the anger in Young is still on fire.