Keisha Castle-Hughes and her boyfriend, Bradley Hull, already have a daughter together but divorced? Know about her current relationship and affairs.

Actress Keisha Castle Hughes is rumored to be expecting the arrival of a new family member with her husband Jonathan Morrison.

Actress Keisha Castle Hughes is already a mother to 10-year-old daughter, Felicity-Amore Hull. She welcomed her first child with her boyfriend Bradley Hull on 25th April 2007, with whom started dating since 2003. Unfortunately, the duo broke up after seven years of relationship in 2010. 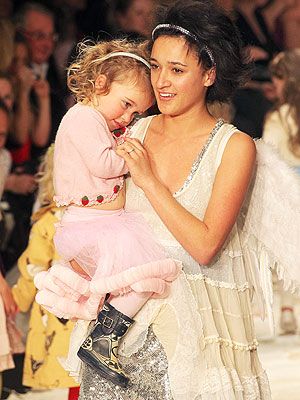 Her teenage pregnancy at the age of 16, when filming of The Nativity Story (2006) playing the role of history’s most famous teenage mother, made some news. She mentions, at home, she couldn't put out the trash without being swamped with paparazzi who was trying to get the first shot of her baby bump.

She had to use a surgical mask, hats, and alias to go to the hospital to deliver her daughter, Felicity-Amore Hull. However, she claims that birth of her daughter turned out to be the thing she needed to give some meaning and purpose to her life.

Furthermore, Keisha also added, her life then was not heading towards the right direction with alcohol problem due to the pressure to do was expected from her as a breadwinner of the family rather than what she wanted. Her daughter is currently living with her father, Bradley Hull.

Actress Keisha Castle Hughes is the youngest academy awards nominee for the role of the best actress, form her debut movie "Whale Rider". While her husband, Jonathan, is a writer and musician. Their relationship moved a lot faster than expected. After exchanging a lot of tweets the couple finally met at the opening nights of London Olympics and only after 5 weeks long dating, Jonathan proposed to her.

As soon as they started dating, they announced their engagement in August 2012 and eventually tied the knot. The couple got married in the year 2013 and is rumored to be expecting their first child together but none of the rumors came true yet.

This pregnancy unlike her last pregnancy (when she was only 16) was announced out of blue and is rather an awaited one. However, any details regarding this pregnancy have not been provided. Unfortunately, the couple finalized their divorce in December 2016.

Currently, it is rumored that she might be dating James Uddo. She shared a picture of her with him but hasn't confirmed yet. As per other sources, it is found out that the couple might be dating from late 2017. 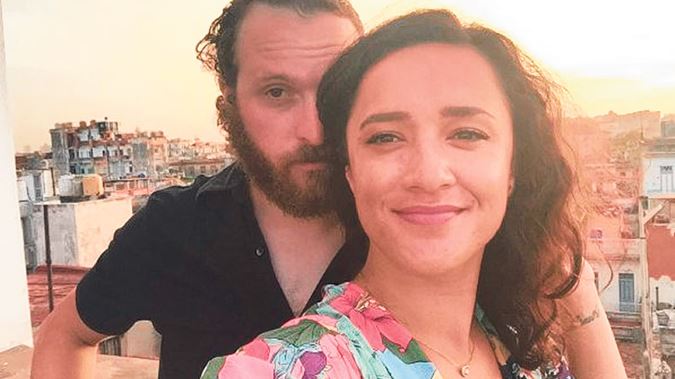 While questioning her current relationship status, she told,

"I’d prefer to not comment on my personal life at this time but thank you for the opportunity".

Keisha has entered the acting field with the movie Whale Rider which was critically acclaimed and she won awards for the role. The movie was even successful at making her former husband Mr. Morrison. She has acted in many more movies like the very famous Star Wars: Episode III- Revenge of the Sith, Hey Hey It’s Esther Blueburger.

She has played the main role of the Virgin Mary in 2006 film The Nativity Story. Recently she joined the most famous HBO TV shows of the recent time Game of Thrones as Obara Sand in season 5. This beauty has a height of 5 feet 6 inch and net worth of $2 million.