Home Gossip Karl Stefanovic and Jasmine Yarbrough are Finally Engaged; Know in Detail about their Relationship

Karl Stefanovic and Jasmine Yarbrough are Finally Engaged; Know in Detail about their Relationship 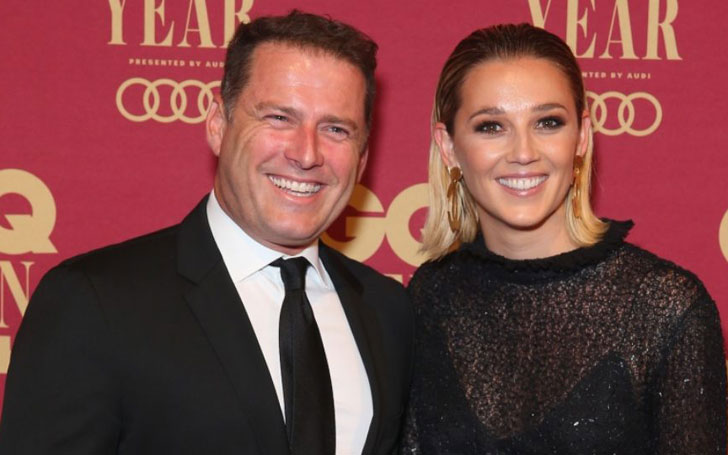 Australian television presenter Karl Stefanovic and Jasmine Yarbrough's relationship news was hitting the limelight for a long time, but in recent days the couple has officially exposed about their relationship of which we were waiting for a long time.

Karl Stefanovic and Jasmine Yarbrough are finally engaged and is set to get married. If you are surprised by this news then we have much other surprising news. Well, here we collected all the information regarding their relationship, engagement, and wedding plans. To know more keep scrolling.

As Karl Stefanovic and Jasmine Yarbrough were quite secretive about their relationship, the rumor was surfing for a long time.

Jasmine and Karl recently revealed their engagement at the David Jones Autumn/Winter 2018 Collections Launch in Sydney. The lovebirds have been dating for over a year and seem to flash the expensive diamond ring as she raised her glass for a toast during the gathering. 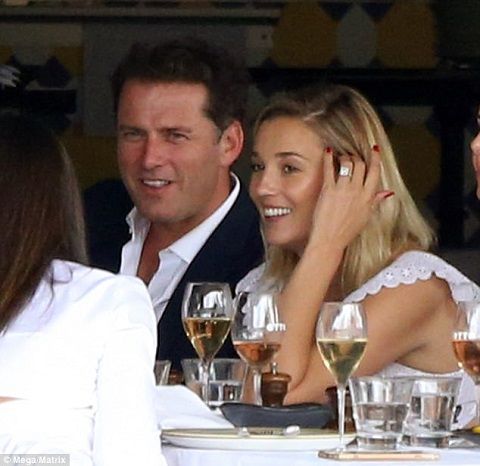 We can clearly see the engagement ring on her ring finger which is the proof of their engagement.The exact price of her ring is not revealed yet, but some of the leading jewelers claimed that the diamond ring worths around $120,000 or we can say that her massive engagement ring cost more than $100,000.

After their engagement news got flashed, the duo cleared out the rumors of the price of rings and even pregnancy. In an interview Karl said:

Jas isn’t pregnant. The ring was made by Nic Cerrone and didn’t cost $120,000. Those figures are ridiculous, 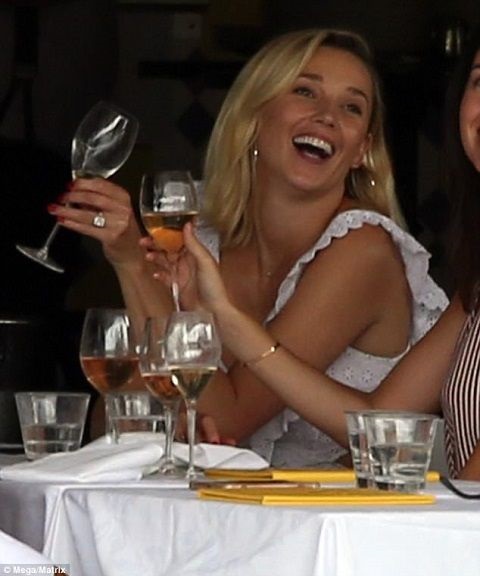 The rowdy lunch party was celebrated last week just days after Jasmine's 34th birthday. Well, the couple looks happy with each other. While talking about their wedding plan, in an interview with TheFIX the couple said that they are fed up with relationship rumor and controversy and are planning to get married later this year. 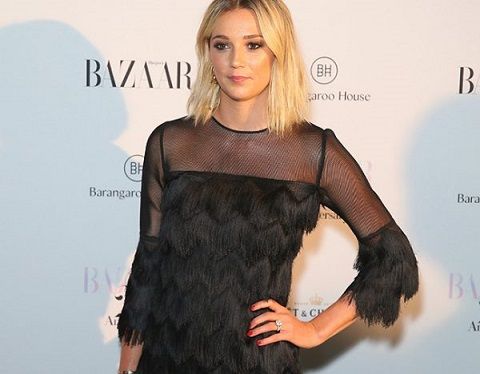 Talking about their wedding plan, he further added:

When Jasmine came into my life, I had no thoughts of new love or the future, but we are happy and grateful we found each other,

We are yet to work out when we will get married, but probably later this year. We are both very happy.

And there is no media deal. Don’t believe everything you read, unless it’s here. 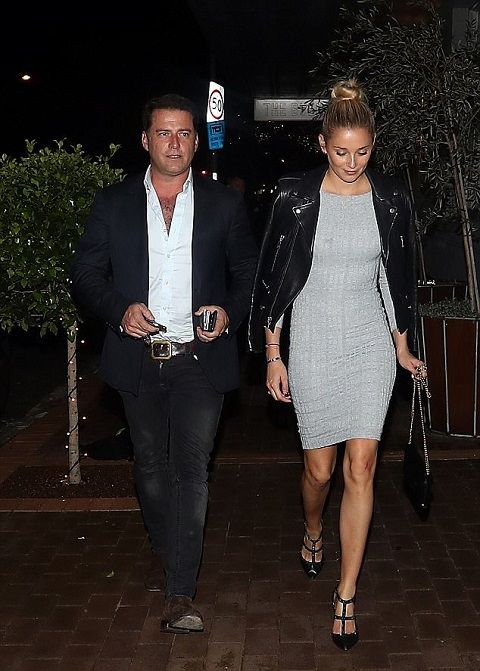 Claims Karl and Jasmine first met in a Fairfax report over the summer holidays, and after knowing each other, the pair fell in love.

At last, the publication claimed the couple's 'wide circle of friends' received loved-up text messages that confirmed the engagement.