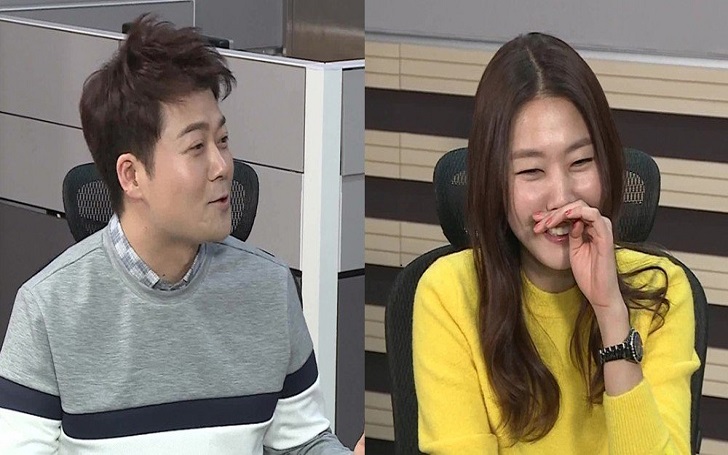 “We are officially addressing the reports made this morning about Jun Hyun Moo and Han Hye Jin dating."

The agency also apologized for their late official statement as they needed time to confirm from the couple.

Jun and his new girlfriend, Han Hye work together in is a South Korean television entertainment program, I Live Alone. During the Lunar Year holiday, they emceed a unique pilot program called "Romance Package" on SBS. The show is unscripted using documentary techniques with variety show elements also the program is similar to a reality show. The couple fell in love in the show while hosting together.

Jun Hyun Moo and Han Hye Jin act like a couple on 'I Live Alone'https://t.co/7EUPJCRvLP pic.twitter.com/6XJQQPMfkk

Before the agency confirmed the news officially, the rumors of their secret dating where out by other reporters. The couple often used to go on late-night dates, despite their busy schedules.

Han Hye has been on the covers many fashion magazines including NYW (2006-08) and May 2008 and June 2009 edition of the Korean Vogue. And on the other hand, Jun is a TV host and reality star who has worked in a dozen of shows and programs.