Julianne Hough and fiancee Brooks Laich look quite the pair as they go shopping in L.A.

They have been together over two years and look happier than ever.

Actress Julianne Hough and fiancé Brooks Laich were spotted enjoying themselves while shopping around in Los Angeles on Friday afternoon. 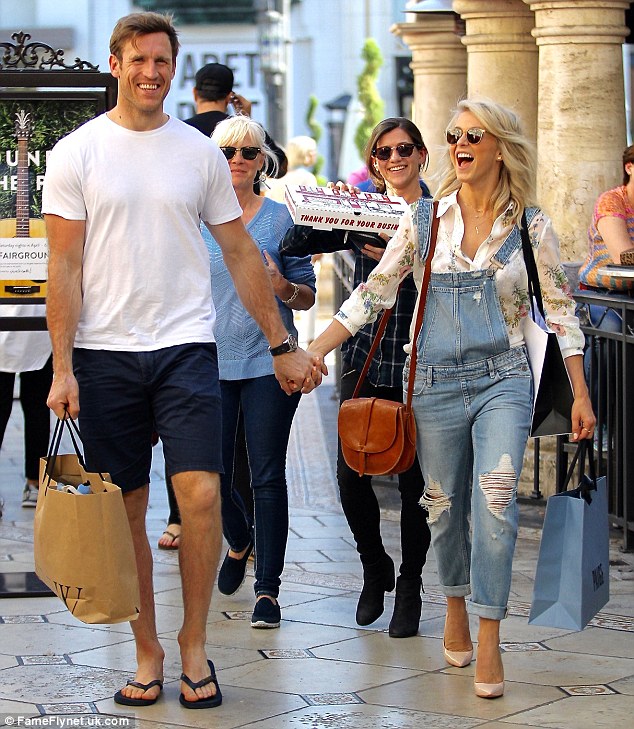 The Safe Haven actress and her hockey star future husband looked very much in love as they stopped by The Groove shopping mall in Los Angeles holding hands on Friday.

The Dancing with the Stars champion showed off her distinctive style for a day out in L.A. with her fiancé Brooks. Julianne kept things airy and casual for the day. She let her natural beauty shine and appeared to go makeup free for shopping.

She rocked a pair of denim overalls ripped at the knees as she paired with a floral pattern white blouse.

She opted for nude pointed-toe heels that added oomph to her entire look. She accessorized her effortlessly stylish ensemble with a pair of vintage sunglasses and a brown leather purse.

The Curve star chose to let her feathered blonde hair go airy that cascaded down to past her shoulders.

Meanwhile, Brooks opted for a very basic look. He looked cool and casual wearing a white t-shirt with a pair of navy shorts and black flip-flops.

It seemed their shopping went quite well as both Julianne and Brooks were carrying several bags of goods. 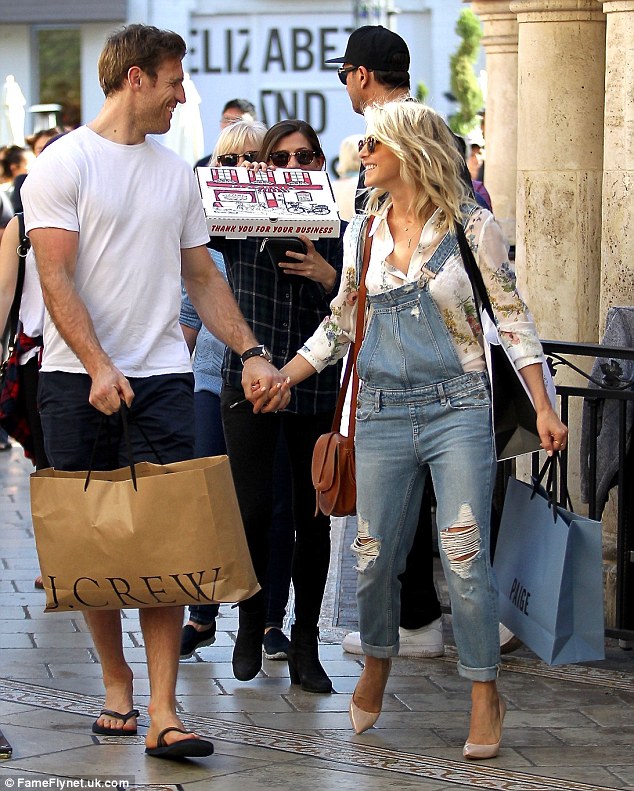 The couple definitely appeared having a lot of fun with one another. They couldn’t stop smiling or holding hands even when offered for pizza by one of their companions.

Julianne has been dating NHL professional hockey player Brooks Laich since February 2014 after being introduced by a mutual friend, Teddy Sears. The couple got engaged in August 2015 after dating for a year and a half. They are seen sharing their pictures on Instagram quite often.