Home Gossip John Ross Bowie, from the TV series Big Bang Theory, talks about what inspired him to start acting

John Ross Bowie, from the TV series Big Bang Theory, talks about what inspired him to start acting 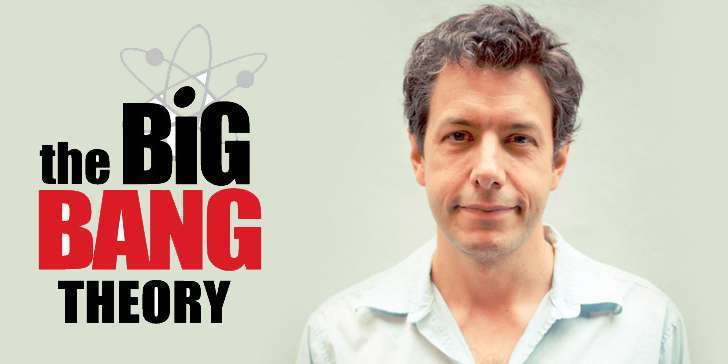 If you think great actors have acting injected in their bloodstreams by the creator himself, then the revelations from this actor is sure to shock you. The Big Bang Theory star John Ross Bowie has recently spoken about how he started his career as an actor. How he got inspired to get into acting will surely surprise you!

The actor plays the role of Barey Kripkey, a theoretical physicist with Speech Impediement in the series. His character has a recurring role as the arch nemesis of Sheldon Cooper. He sat in on an interview with our sources to talk about his inspiration for acting, what keeps him going and how he feels about his role in the popular TV series, The Big Bang Theory.

The writer says that his inspiration to get in acting came in his late twenties when he was working for a business corporation. He says that one of his friends suggested he get into improve, which hooked him into acting. He also expressed his gratitude towards his friend who suggested he should try improv.

“If he hadn’t suggested me to join Improv, I may have spent my life as English teacher.” Bowie said. He also expressed that him being speech impediment in real life has only helping his acting. “It has been an advantage rather than disadvantage”, he said.

When asked what keeps him going his answer was “Well, on a very practical level, my kids. They need to eat, and daddy’s gotta provide. But they also inspire me in other ways.” This goes to show how humble and truthful the actor is.

He also added that, besides being the means to provide for his family, acting is also his newfound passion. He says that this passion is what keeps him motivated to wake up early in the morning and go in to the shooting of the series.

“Fans are who made me the person that I am today, I am always thankful to them. I try to keep in touch with them whenever I can”, the actors said. The actor interacts with his fans through his Twitter and Instagram account. His Twitter account has over 27k followers and his Instagram is equally popular.

The actor has also thanked his wife for being so supportive about his career. He has been married to Jamie Denbo since 2004. He has two kids with his wife.  The actor is 44 years of age right now. He also hopes that his role in The Big Bang Theory takes more center stage in the episodes to come.

Even though the majority of his fans identify him from the TV series The Big Bang Theory, he has made appearance in several other movies, the most well-known of which are “Road Trip” and “The Heat”.