Jenny McCarthy's Net Worth In 2021; Her Lavish Mansion And Career Achievements!

Jennifer Ann McCarthy, who is professionally known as Jenny McCarthy, is a famous American actress, model, activist, author, and media personality. The 48 years old media personality has been actively working in the entertainment field for almost three decades, earning a high figure of money.

Jenny is a millionaire. So, how much is her net worth in 2021? What are her sources of income? Know everything below:

How Much Is Jenny McCarthy’s Net Worth In 2021?

It has been almost three decades since Jenny started her professional career. She has worked in dozens of movies and television series and has modeled for numerous brands and magazines. She definitely has collected a high figure of money.

It is reported that Jenny is a millionaire. As of 2021, many sources confirmed that she has a net worth of $20 million. Her involvement in the entertainment career is the main source of income, whereas she also earns hefty from book sales. 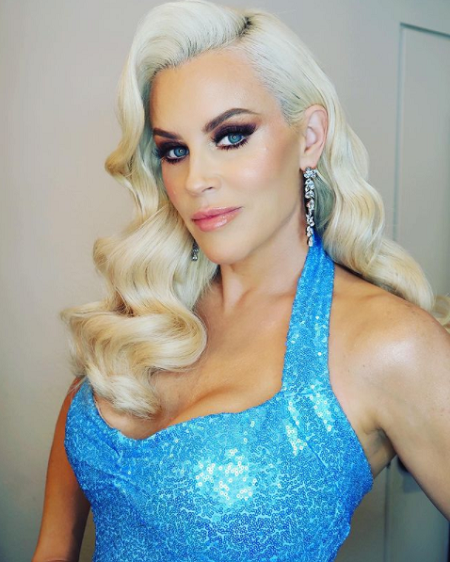 Where Does She Live?

The model currently lives in St. Charles. She bought a luxurious mansion worth $1.5 million. She lives in the mansion with her family.

Her villa expands with 8,384 square feet with a 56-foot backyard water slide. The house consists of five bedrooms, two fireplaces, an oversize aquarium, a large wet bar, a gaming area, a home theater, a big kitchen, an elevator, a four-car garage, and an oversize aquarium.

The actress started her acting career in 1993. However, he came into the spotlight the following year when she appeared in the television series Silk Stalkings. Since then, she has appeared in television series like Going to California, Wings, Baywatch, Singled Out, Bar Rescue, Donnie Loves Jenny, The View, Love in the Wild, Chuck, The View, Nashville, Wahlburgers, Wanda at Large, Fastlane, Charmed, Wild Card, Hope & Faith, All About the Andersons, One on One, Less Than Perfect, and many others.

Similarly, the actress has worked in movies like Python, Diamonds, The Stupids, Things to Do in Denver When You’re Dead, Scream 3, Tooken, Witless Protection, The Perfect You, Dirty Love, Santa Baby 2: Christmas Maybe, A Turtle’s Tale: Sammy’s Adventures, Live Girls, BASEktball, Thank Heaven, and others.

Besides this, she is also a model and author. She first released her book named Jen- X Jenny McCarthy’s Open Book, which is about the journey that she suffered from modeling Playboy.

Overall, she has released a total of nine books where she has explained her career experience.