Korean series and dramas are being much popular nowadays, and if you follow those dramas and series, then Yoon Eun-hye must be a recognized face. She is an actress in high demand in the Korean entertainment industry. Although she has an established professional life, her love life seems to be an empty one.

Don't know whether the successful lady is hiding her relationship behind a thick covering or she really does not have a spicy life in terms of love. Eun-hye, who seems to have more female fans than male fans, said that-

"I have a lot of female fans. When I host a fan meeting, out of 1,500 fans, there are only 10 men. I am getting closer and closer to the age that I need to get married, but I am worried because I am popular only among the women."

The reputed South Korean actress even admitted that- "To appear quiet and nice, I even stopped drinking."

The Korean beauty, who is an expert at keeping her love life at a low, cleared the above statement that she is not married yet. But being at the age of 37 years, she might have been romantically linked with someone, right?

On SBS's One Night of TV Entertainment, she was asked to choose her "Ideal Type World Cup" among many of her co-stars, and she ended up choosing Goong Yoo. The pair has already romanced onscreen in the drama The 1st shop of Coffee Prince, and through the movie, the onscreen couple earned much love from the audiences. They were likely to date in real life, but they never did.

When Goong Yoo attended a press-related premiere event for his upcoming movie, he was asked the same question "Who is your ideal type." And surprisingly, he replied that he would want a tomboy type. And if you have watched Coffee Prince, then you might know what he is trying to say, and if you don't know, let me tell you- Eun-hye played a tomboy in the movie, and he indirectly targeted Eun-hye as his ideal type. But he did not want people to think like that and said-

"What I just said is not directly targeted to Yoon Eun Hye, so please don't write otherwise."

Anyways, it seems somewhere in the corner of the heart, both of them share some kind of special feeling for each other.

Eun-hye said that she does have more female fans than male fans, but we see she is the one who is often chosen as the ideal type by her male co-stars. Not only Goong Yoo, but Kim Jong Kook even chose her as his ideal type of lady. He said-

"When we were recording, I would think of her as my woman. Within this, if a woman who was coupled up with me was being asked out by another man, I thought that I'd have to protect her." 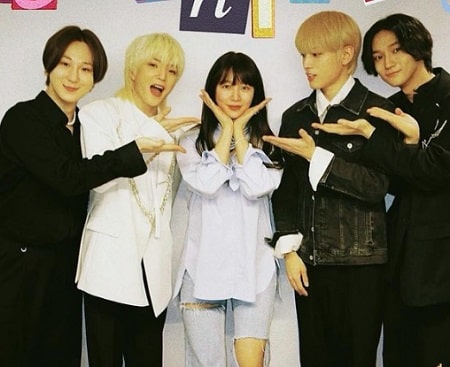 Playing on-screen couples on the past variety show "X-man," they are often linked together. And Kook's face is repeatedly noticed red when someone sights the name of Yoon Eu-hye.

"Yoon Eun Hye was the ideal type I liked."

The couple once appeared in the SBS- I Am Variety show, and they looked much more comfortable with each other with the matching outfits and were teased by the host in the program.

Although Eun hye has managed to keep her life a secret, she is directly linked with her co-stars.

On June 7, 2017, Yoon Eun Hye discovered herself as the point of dating rumors in China. Chinese entertainment news site Sina reportedly shared an image the star posted of herself on social media.

In the image, she was seen sitting next to an unidentified man, assumed to be her boyfriend, whose outline could be seen in the reflection of a window behind them.

However, she denied the rumors to TV Report, calling the claim "absurd and baseless."

"After church service, [the actress] met up with some acquaintances," the source continued. "The man reflected in the class is just an acquaintance that was sitting toward the middle of the group."

Starting the journey in the Korean entertainment field from the age of 15 years and then being a member of the girls' dance group Baby V.O.X, she had a breakthrough success with the drama Princess Hours, followed by other successful dramas Coffee Prince, My Fair Lady, etc. Seoul, a South Korea-born actress with an estimated net worth of millions of dollars, is wished to achieve more success in her career. 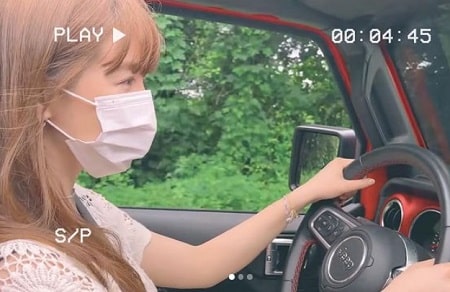 The 37 years old actress has won multiple awards for her outstanding works, including the Huading Award and the KBS Drama Award.