Is Victor Ortiz Dating or already Married? Know his relationship and children 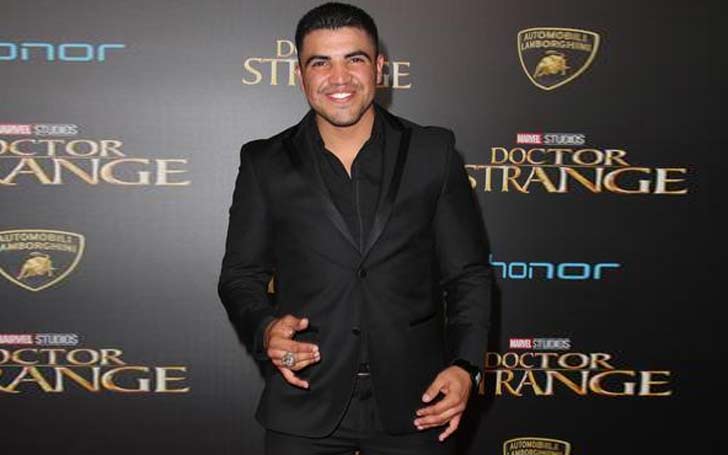 Victor Ortiz who is famous as American professional boxer is now extending his acting career as a film actor. You might be quite familiar with Ortiz’s professional life, but how many of you are aware of his personal life? Is the handsome hunk already married to his girlfriend or is still enjoying a long-time relationship?

After Ortiz appeared in the films like The Expendables and Southpaw, his millions of fans are now surfing around to know about his personal life including his dating life, girlfriend, relationship affairs, and more. Check down everything right below:

Who is Victor Ortiz Dating? Is he married?

Back off ladies! American professional boxer is already taken and is reserved. He is now enjoying a long time dating relationship with his girlfriend, Deborah Mather. Moreover, the duo welcomed their first child, a boy, Royal back in January 2017. 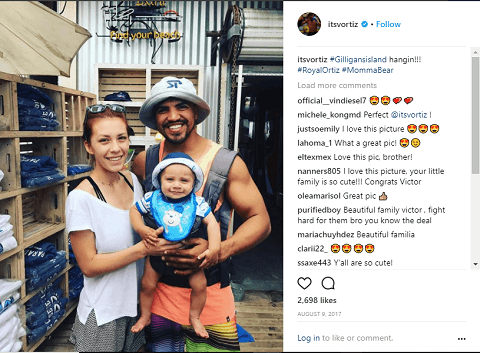 Ortiz and his girlfriend Mather has enjoyed keeping their personal life away from the limelight. Ortiz’s girlfriend has even kept her Instagram account private. It looks like Ortiz respects the privacy of his girlfriend and does not want to make any buzz in the headlines.

If you go across Ortiz’s Instagram, then you might come across a couple of their family photo together. The happy family was spotted on the red carpet back in December 2017.

SEE: Boxer Victor Ortiz's next fight announced for April 30. Will be a re-match of his 2011 fight with Andre Berto

Back in November 2016, Ortiz posted a picture with his girlfriend announcing that the duo is expecting their first child.

Overall, Ortiz was once linked with professional dancer, Lindsay Arnold during his participation in a reality show “Dancing with the Stars” back in 2013. But later things got confirmed after his dancer partner got married to her high-school sweetheart, Sam Cusick in the year 2015.

Whatever was the past, at the moment, Victor Ortiz is living happily with girlfriend Deborah Mather and son Royal Ortiz.