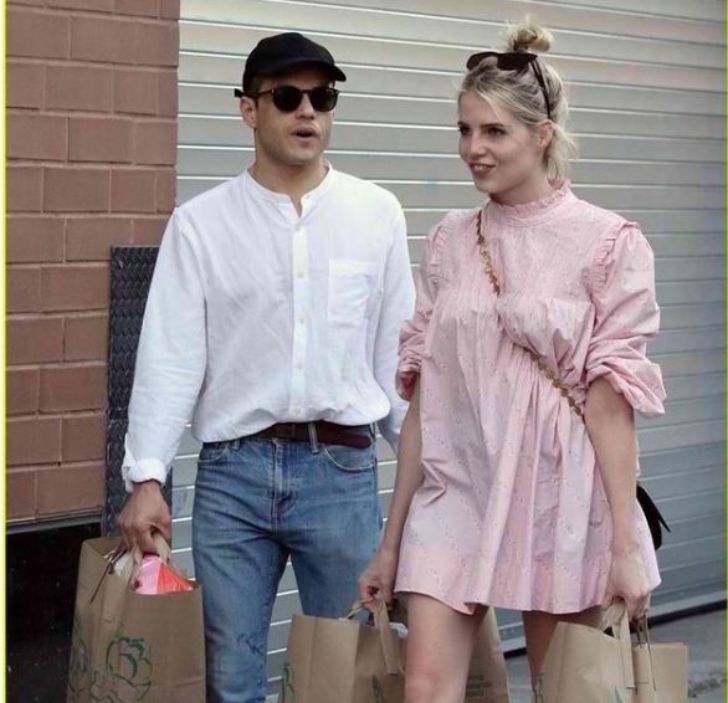 With the release of the biographical film Bohemian Rhapsody (2018), about 'Queen' frontman Freddie Mercury, Hollywood introduced a new couple in the scene- none other its casts Lucy Boynton and Rami Malek. Their romance began to spark while filming the biographical musical film. But despite many dating claims, it took a year for the Academy winner Malek to confirm their relationship in 2019.

Throughout 2020 fall, the Mr. Robot actor and The Politician actress made several appearances on the red carpet. However, after the COVID-19 pandemic halted the industry, the couple famous for their low-key romance went totally off the PDA and raised curiosity, if they still are dating? Let's know that.

The rollercoaster of relationships and break-ups among co-stars is surely not surprising if you are into Hollywood updates. Ever since the Torrance, California native actor portrayed Freddie Mercury in Bohemian Rhapsody, media eyes are barely off him as well as his love story.

Why? What's so special about Ramik Malek's relationship? Well, the Primetime Emmy winner confessed that he was dating his Bohemian Rhapsody co-star Lucy Boynton during a speech at an award ceremony 2 years ago. But after a year without any PDAs, fans are curious to know if the down-low couple is still together in 2021.

And it's a "Yes." The couple is still dating, and it seems their relationship is going concrete. In April 2021, the 40-year-old actor traveled to Croatia to meet Locked Down (2021) actress Boynton. She was there to film her upcoming mini-series, The Ipcress File. 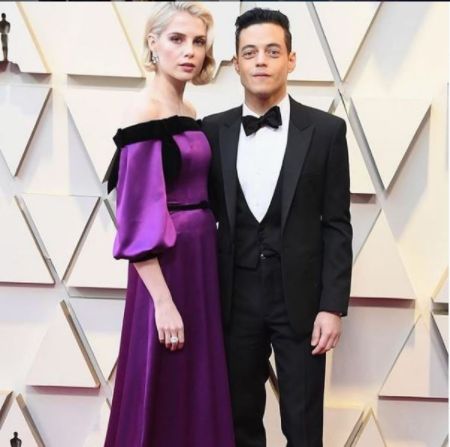 CAPTION: Actor couple Rami Malek and Lucy Boynton are confirmed dating in 2019 and still together in 2021 SOURCE: [email protected]

The lovers were photographed together at the Hotel Esplanade in Zagreb, Croatia, subtly confirming their ongoing relationship.  It's the latest public appearance of the duo since they were spotted in London, enjoying dinner at Brasserie of Light in August 2020.

As the actor couple tries to defend relationships from interference, it explains why Boynton's Instagram (@lucyboynton1) with over 952K followers never featured any romantic connection with Rami Malek. On the other, the American actor does not have an Instagram or Twitter account.

Both of them are yet to confirm if they are willing to get married anytime soon. Moreover, no news of their engagement has surfaced throughout their 3-year long dating journey. Despite their age difference of 13 years (Lucy is 27, while Rami is 40), it barely stops the lovers from adoring each other.

Hopes of wedding bells grow among fans. Let's wish the couple the best!

All Began With A Film- Relationship Timeline Of The Couple (Malek-Boynton)!!

The dating scene began to set after Rami Said Malek met the Gypsy actress on the set of Bohemian Rhapsody in 2017. As the filming progressed, the bond between the two began to flourish- indeed, their on-screen affection in the aforementioned movie contributed a lot.

Fans and media began to speculate if they are in a relationship, following their appearances at ALEXACHUNG Fantastic collection party (in January 2018), Super Bowl party (in February 2018), and  Paris Fashion Week (in March 2018). 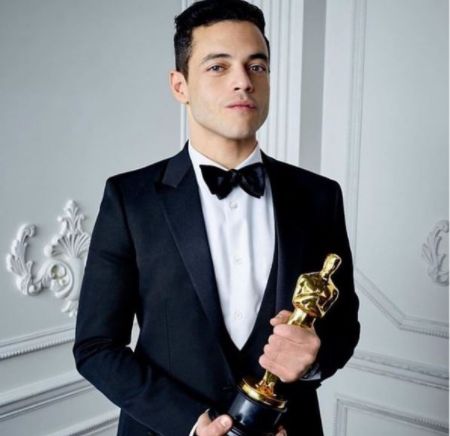 While the couple neither denied nor embraced the allegations of dating, US Weekly confirmed that they were in a relationship in April 2018. Probably, it opened them a way to be a bit open about their bond; Rami wrapped his arms around Lucy while attending the Louis Vuitton and Virgil Abloh London pop-up in October 2018.

The critically acclaimed biographical musical film released in November that year also became a box-office success with a collection of $904.4 million.

Did you know? Before Lucy, Rami was in a relationship with 'Mr. Robot' co-actor Portia Doubleday; broke up after 2 years of dating in 2017. The actor's rumored connection with fellow Twilight star Angela Sarafyan never got a confirmation.

"Thank you, Lucy Boynton. You have been my ally, my confidant, my love. Thank you so much."

Within a few days, the duo went on a date night in Los Angeles, after attending the Golden Globes red carpet, to celebrate Malek's first Golden Globe victory. In late February 2019, they walked the red carpet together and sat next to each other during the 91st Academy Awards.

As Rami Malek won his first Academy Award for Bohemian Rhapsody, he kissed his girlfriend, and after accepting the accolade, gave a shoutout:

"Lucy Boynton, you're the heart of this film. You are beyond immensely talented. You have capture my heart. Thank you so much."

The whole of the year 2019 was PDA for the couple with appearances from Met Gala to Venice Film Festival to basketball games. Moreover, the London-raised actress joined Malek on the New York City Premiere of Season 4 (the final season) of Mr. Robot.

The co-stars plus lovers started their 2020 more confidently about their relationship attending Golden Globes in January, followed by Oscars and Vanity Fair. In July and August of 2020, amid the coronavirus pandemic, the duo was spotted on dinner dates in London.

And later, in April 2021, they were photographed together in public after an 8-month long absence of PDA.