Is Lindsey Vonn Still Single After Divorce from Thomas Vonn? Who is she Dating Currently? Detail Here

We all know that American World Cup alpine ski racer Lindsey Vonn has achieved a huge success in her professional career but is her personal life equally successful? We are afraid cause you know her divorce story with ex-husband Thomas Vonn. So after divorcing Thomas Vonn, is she dating anyone?

So, after divorcing Thomas Vonn and dating a couple of men, what is her current relationship status? Get to know everything regarding Lindsey Vonn's relationship here:

Who is Lindsey Vonn dating after her divorce?

After her divorce, she dated a couple of men, but none of them lasted more than a year. Vonn started dating Kenan Smith back in 2016. The duo was spotted hanging out in several places together. Moreover, they never feared of sharing their relationship with the people. Sadly, just after a year, the couple broke up. 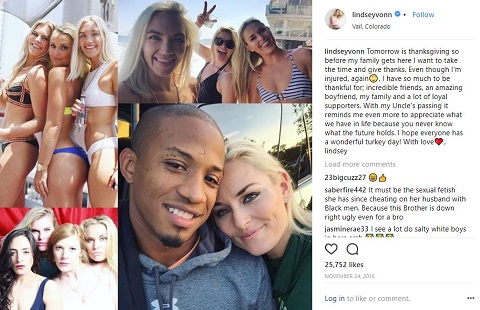 She also casually dated Vikings’ Alexander Ludwig in 2016, before she dated Kenan Smith. They denied their affair at the beginning but later, their actions proved that they were dating. But again, they broke up after few months.

After breaking up with Kenan Smith, for now, Lindsey Vonn is currently single and not dating anyone. Recently, Vonn confirmed that she is single and asks Twitter to find her Valentine during Winter Olympics.

So apparently it’s Valentine’s Day....I forgot all about it because I’m at the #Olympics and I’m single. Anyone else out there single and want to be my valentine? #worthashot

Back in 2012, Lindsey Vonn explained how hard it was for her to move on from her divorce. After she got separated with Thomas Vonn, she revealed that she was totally depressed and took anti-depressants and also struggled to get out of bed every morning. 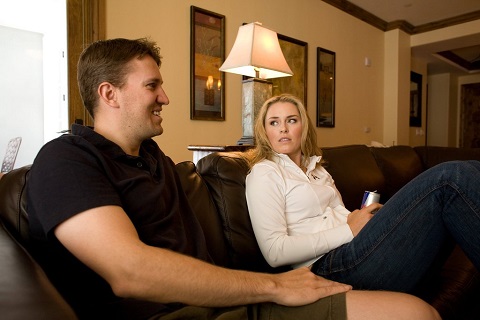 Lindsey Vonn and Thomas Vonn were compatible with each other, which might be because both of them were interested in the same field, skiing. They met each other in Park City, Utah when she was just 16 years of age. The couple got married in November 2007 and after four years got officially divorced in 2011. 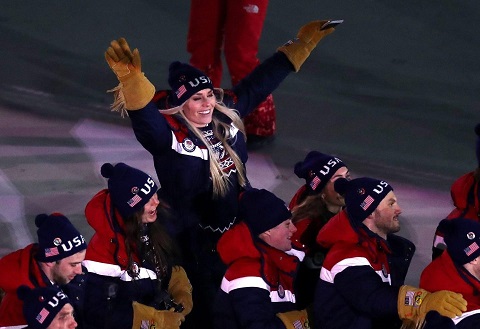 The skiers didn’t reveal the reason behind their divorce, but it was obvious that Lindsey was very much unhappy with the situation. In an interview, she said,

Nothing bad happened. But there was just unhappiness. That’s the only way I can even describe it.

Well, overcoming the pain and depression, it looks like Vonn is completely OKAY now. She asked a Norwegian men’s ski team to find a boyfriend for her.

We hope to hear more about Lindsey Vonn soon!