Home Gossip Is Julia Michaels Dating Justin Tranter? Know about her Past Affairs, Ex-Boyfriend, and Relationships

Is Julia Michaels Dating Justin Tranter? Know about her Past Affairs, Ex-Boyfriend, and Relationships 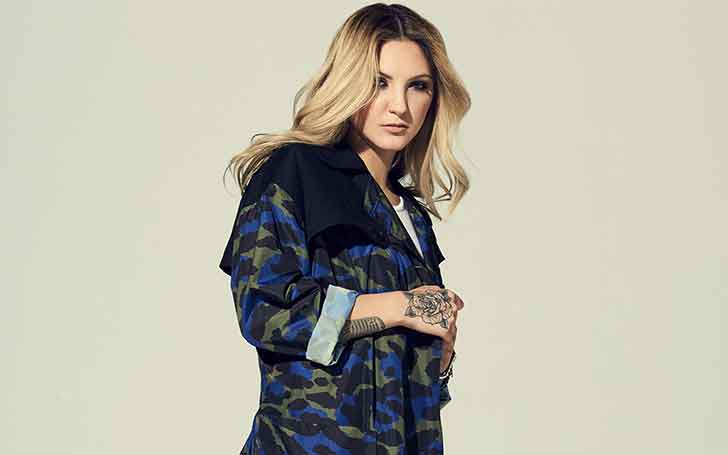 An American songwriter Julia Michaels has written songs for many artists like Gwen Stefani, Demi Lovato, Fifth Harmony, and much more. Currently, she is famous for her first solo single Issue. Her relationship with her ex-boyfriend inspired the song.

Now, you might be curious to know about the one who inspired her to write the song, right? Well, right below, we will be talking about Julia Michaels's dating relationship, past affairs, and more. Check it out:

Julia was actually dealing with several arguments with her then-boyfriend that eventually inspired her to write down her feelings into words. You know that the song is totally about an argument that she had with her lover. In an interview, Julia said that he used to get mad at her over something really, really stupid. It just took her about an hour to write down her words in "Issue."

It was the first time I kept a song for myself and I had never done that before in my life. That was kind of the transition for me from songwriter to artist.

Julia’s co-workers like Justin Tranter, Stargate, and Benny Blanco also assist her while writing the song. Julia revealed that she quickly completed the son when she thought about the argument she had with her ex-beau.

Issue is the first song that Julia has written which felt so personal to her because of the way it came from. Julia explained that it was the first time she kept a song for herself and had never done before in her life which was her transition from a songwriter to an artist.

Though Julia has always tried her best to keep her personal information hidden behind the curtains. As Julia was seen spotted numerous time with Justin Tranter, people are surfing around whether the couple is dating or just friends.

Julia and Justin also became the hottest songwriters in Pop Music. On September 24, 2017, Julia posted a picture with Justin expressing the love and care. 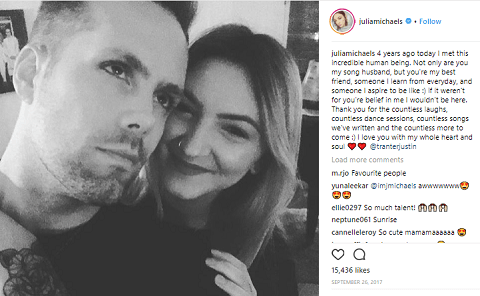 Julia revealed that she met her incredible human being four years ago. Since then he has not only won her hearts, instead has been her best friend, song husband. And he is the one with whom she gets chance to learn a new thing every day.

Their fans thought that they are dating each other, but neither of them accepted nor has replied the queries regarding their relationship. Let’s wait for their positive response.