Is actor, age 42, Sasha Roiz dating his co-star from Grimm? 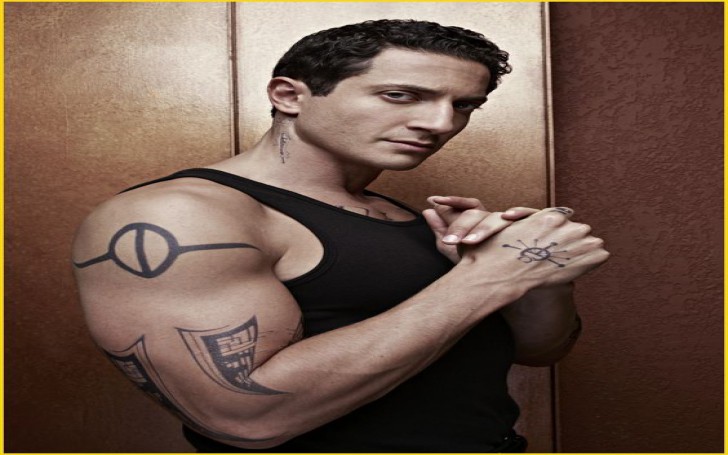 Actor Sasha Roiz, aged 42 is an extremely talented and handsome man. But, for some reason, he is still single, though his current single status might be happy news for several of his die-hard female fans.

Despite appearing single publicly, it has been rumored that Roiz is dating one of his co-stars from Grimm. How much truth is there to this tittle-tattle? Let’s find out!!

He has never ever been seen with any woman publicly. He loves to keep his personal life quite private from the prying eyes of media. This tall and dashing man is of Russian Jewish descent and is currently busy with his hit TV show Grimm, which has prevented him from seeing women in his real life.

The only ladies he meets are the ones who work with him in NBC’s police procedural fantasy television drama series. And this is the main reason behind the rumor that Roiz is actually in love with one of his co-stars from Grimm.

Bitsie Tulloch, Bree Turner and Claire Coffee are the three leading ladies of the TV series Grimm. Tulloch, who played the role of Juliette in Grimm, as we have already mentioned in one of our previous articles, is currently dating her onscreen boyfriend and the lead actor for the show, David Giuntoli. They are happy with each other, meaning Roiz has zero chance of hooking up with her.

As for Bree Turner, who portrays the role of Rosalee Calvert, a fox-like creature called Fuchsbau who takes over her brother's Wesen spice shop after he is murdered, is a married woman.

She is married to an orthopaedic surgeon Justin Saliman, with whom she has a daughter, Stella Jean and a son, Dean. And Turner does not seem to be a woman who would happily have an extramarital affair.

You might think then that Roiz has romantic feeling for his next co-star, Claire Coffee. Not so fast!! These two don’t have any chance of hooking up.

Claire, who plays the popular role of Adalind Schade on Grimm, is actually married to musician Chris Thile. She recently announced on Instagram that she gave birth to son Calvin Eugene Thile.

So the rumor that the Caprica star is dating his co-star is really nothing more than a baseless rumor. He can’t possibly date somebody else’s wife, can he? So we guess Roiz is currently single. And if you are ready to mingle with this dashing actor, then hurry up and follow him on Twitter.