Supermodel Iman who tragically lost her husband and mother earlier this year was spotted on the streets of Soho on Sunday. The grief-struck philanthropist looked somber. Last week, after few days of her mother’s passing away she was spotted in NYC with a grief-stricken face. 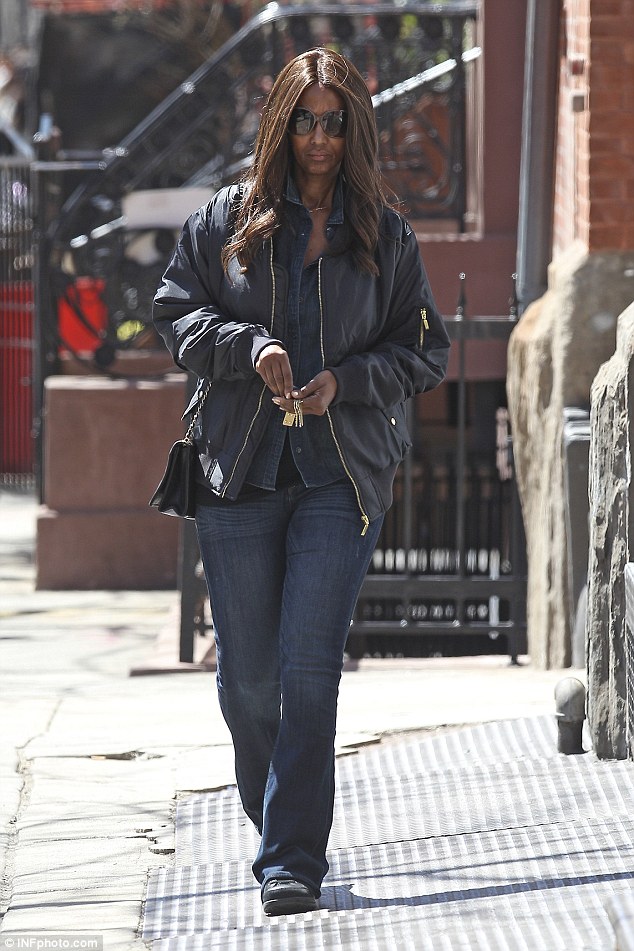 The 60-year-old philanthropist was seen strolling around all by herself with a rather lost expression on her face. She was seen sporting a black bomber, plain jeans and dark sunnies that covered her eyes.

Iman who lost her husband David Bowie in January 2016, had to go through the same sorrow of loss this early April when her mother Marian Abdulmajid passed away. She posted a picture of her wedding to Bowie on Instagram reminiscing the sweet memories of her mother and husband.

Saddened by death of my mom Maryan Baadi.  May Allah grant her the highest jennah. I beg that you respect my family's privacy during our time of grief #ripmaryanbaadi

“Saddened by death of my mom Maryan Baadi. May Allah grant her the highest jennah. I beg that you respect my family's privacy during our time of grief #ripmaryanbaadi”

Iman lost her husband of 24 years on January 10, 2016, from liver cancer. Moments before his death, Iman had spoken with Oprah about her marriage to David,

She said, “I think the secret to a lasting marriage is timing, first of all.

'You have to be at the right time in your life that you’re ready for an ever-lasting relationship, that it becomes first, a priority in your life.”

She also revealed what it was like living with such an iconic star as she said: “We both understand the difference between the person and the persona. When we are home, we are just Iman and David. We’re not anybody else.”

With the loss of two people very close to our hearts, Iman has been having a hard time. Her struggle to maintain a normal life can often be reflected in her Instagram posts.