Home Gossip Howie Long and wife, whose sons are also Football players, helping out the next generation of athletes

Howie Long and wife, whose sons are also Football players, helping out the next generation of athletes 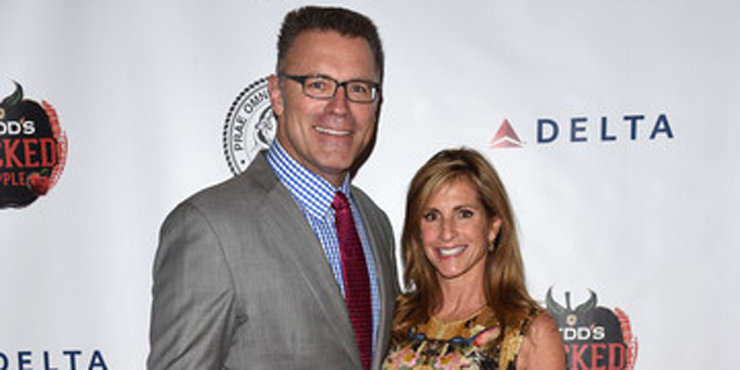 Howie Long and his wife Diane are helping their alma mater with a sizable donation of a million dollar. Villanova University recently announced that the Longs were giving $1 million to the school's capital campaign.

With the donation, the university is planning to build a new weight room for the school's teams at Villanova Stadium, which will be known as the Howie Long  Strength Traning Center. They are also planning to update the football team's facilities where the team will have a new locker room and coaches' offices.

That's not all. From now on, the Villanova defensive player of the year will be awarded the Howie Long Defensive Player of the Year award – a touching tribute to the NFL Hall of Famer.

Speaking of these developments, the Longs released a statement saying, "We are proud members of the Villanova community and are grateful for all the ways Villanova positively impacted our lives."

They added, "It is important to us to express our gratitude with our gift and join others who strive to enrich the experiences of future generations of Villanova Football players, Villanova athletes and the Villanova family overall."

The Villanova football coach Andy Talley discussed the whole project and its implementation. In an interview, he said, "We talked to Howie and his wife Diane - we visited with them in Los Angeles - and you know, let them know what the building was about. We thought this would be a great game-changer for the whole athletic department but really be a home base for Villanova football."

Long is an NFL Hall of Famer who played for Villanova from 1977-1980. His number 75 was retired by the school in 1995 to pay a tribute to their legend, who had an impressive tally of 313 tackles playing for the school.

He later was drafted by the Oakland Raiders where he played through till 1993. He played 13 seasons in the NFL. His achievements were recognized as he was inducted into the Pro Football Hall of Fame in 2000.

Long is currently a broadcaster for Fox. He won the Emmy Award in 1997 for the Outstanding Sports Personality - Analyst/Commentary and was nominated for the same award 10 years straight until 2007.

Villanova University is the place that, not only gave Howie a career, but is also where he met his wife, Diane Long. Long graduated in law from Villanova in 1982. The couple have three children and, unsurprisingly, two of them are currently NFL players. His elder son Chris is a defensive lineman for the St. Louis Rams while Kyle is an offensive lineman for the Chicago Bears.

So making a contribution for the upbringing of next generation of atheletes in not new for Long. Hence, his huge donation to the Nova Training Centre is not a surprise. As for the team, Villanova currently competes in the Football Championship Subdivision.