Home Gossip How Rich Is Sportscaster Joe Buck? Who Is He Married To? Details Down Below

How Rich Is Sportscaster Joe Buck? Who Is He Married To? Details Down Below 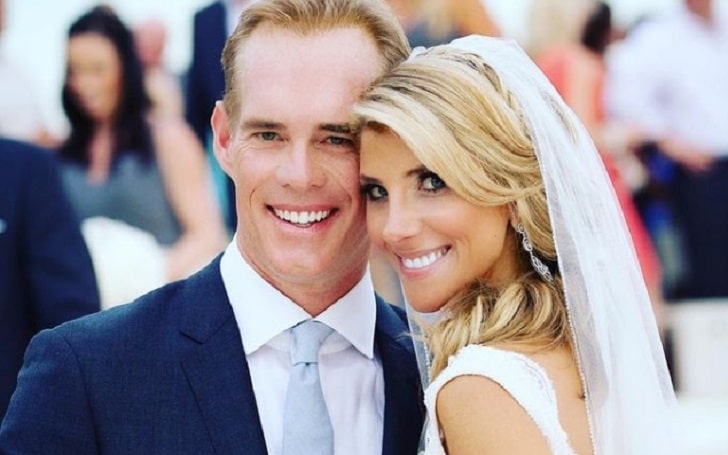 If you're a sports fanatic, then you surely know precisely who Joe Buck is and have a strong opinion when it comes to what you think of him. The 52 years old sportscaster is the son of the late sportscaster Jack Buck who followed in his father's footsteps by embarking on a career in broadcasting.

And as we all know Buck has been working as a sportscaster for a long time, and with his experiences, he has gained not only fame but also a massive chunk of money. So, do you wanna know more about his earnings? Here we've got every answer to your questions.

Sportscaster Joe Buck's Net Worth Is In Millions

Buck's career officially took off in 1989 while he was an undergraduate at Indiana University Bloomington. Being active in the broadcasting field for over two decades, he has undoubtedly amassed an enormous sum of money.

You may not know that sportscasters and coaches are some of the highest-paid people in sports today, apart from athletes.

As for Joe, Celebrity Net Worth has estimated his net worth $25 million, but Wealthy Persons says it is around $15 million in 2022. No doubt, Buck has earned most of his gains from his broadcasting career. Likewise, Buck makes about $300,000 for calling NFL games, along with an annual salary of $6 million. 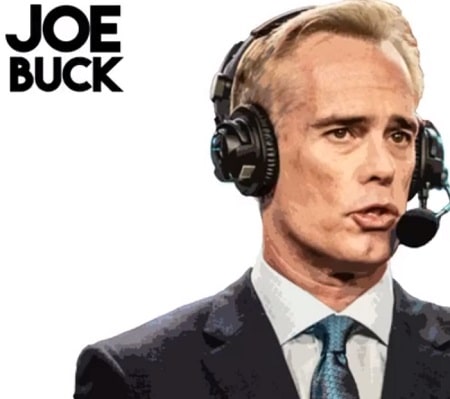 Apart from that, he has supplemented his income with several brand endorsements over the years. Similarly, he has also appeared in commercials for brands like Holiday Inn and Budweiser beer. So, we can say that Buck lives a lavish life with his massive income.

Let's Take A Look At His Marital Life

Coming into his personal life, Buck is a married man and is leading a happy married life with his beloved wife, Michelle Beisner-Buck. She is a former National Football League (NFL) cheerleader, dancer, actress, and currently a reporter for ESPN.

Besides, they were introduced in 2012 through her then-NFL Network colleague Rich Eisen. After less than a year of dating, the sportscaster proposed to Michelle in August 2013.

The following year, on April 12, 2014, they walked down the wedding aisle at a seaside ceremony near Cabo San Lucas, Mexico.

Since then, the husband and wife are leading a blissful life together with twins Wyatt Joseph and Blake Andrew. 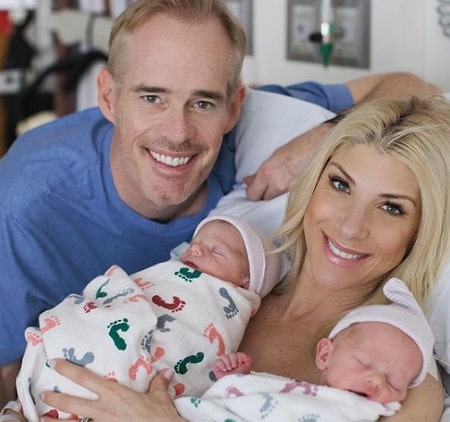 Besides that, Buck was formerly in a marital relationship with Ann Archambault. The ex-couple led their marital life together from 1993 to 2011. They are also the parents of two daughters named Natalie and Trudy.

The celebrated Fox Sports reporter was born Joseph Francis Buck in St. Petersburg, Florida, the U.S, on April 25, 1969. He was raised by his parents, Jack and Carole, together with his siblings, Beverly, Christine, Julie, Betsy, Dan and Jack Jr.

As mentioned earlier, Buck followed the path of his father, Jack, who was an American sportscaster, best known for his work announcing Major League Baseball games of the St. Louis Cardinals. Sadly, he passed away on June 18, 2002, from a combination of illnesses.