How Much Is RHOBH Star Erika Jayne's Net Worth? Assets, Earnings, And Sources

Best known as the cast member of the reality television series The Real Housewives of Beverly Hills, Erika Jayne shocked fans and family with the divorce news from her husband of 20 years, Tom Girardi.

The TV personality has been a huge focus of this season in RHOBH due to her divorce from then-husband Tom Girardi. They got married in January 2000 and filed for divorce after 20 years in November 2020.

How much is Erika Jayne worth after the divorce? Did She get any divorce settlements? Find out here.

Who Is Erika Jayne? Details Of Her Career & Earning Details

Erika Chahoy is an American singer-actress and television personality who was born on 10th July 1971 in Atlanta, Georgia, the USA to Renee Chahoy. She is 50 years old as of 2021.

Following her graduation from North Atlanta High School, she moved to New York City to pursue her career. She made her acting debut in a non-speaking role as Suzanne Morton in NBC's legal drama Law & Order.

During that time, she also appeared in independent films like Alchemy (1995) and Lowball (1996). 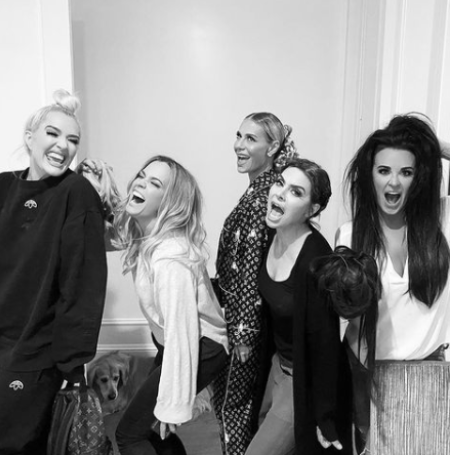 Jayne joined the cast of an American reality television series The Real Housewives of Beverly Hills for the shows' sixth season in 2015. Since then, she has been series regular and appears alongside Kyle Richards, Lisa Rinna, Dorit Kemsley, and Garcelle Beauvais.

As a singer, Erika released her first single titled Roller Coaster on 1st January 2007 with RM Records. The song reached #30 in Billboard Global Dance Songs chart, #1 in Billboard US Dance Club Songs, and #21 on the US Dance/Mix Show Airplay.

To date, Jayne has released several hit songs including XXPEN$IVE, Pretty Mess, Painkillr, Get It Tonight, One Hot Pleasure, Party People, and many more.

How Much Is Her Net Worth?

The actress-singer is worth around $5 million as of Aug 2021. The 50-year-old beauty makes her fortune as one of the cast members in RHOBH.

According to various online sources, Jayne reportedly makes between $500,000-$450,000 per season in RHOBH. Since 2015, she has appeared in the show for six seasons and could have earned as much as $3 million from the show alone. 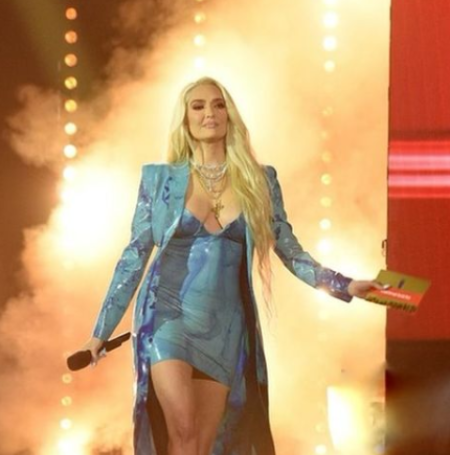 While still married, Jayne lived in a 10,000 square-foot Pasadena, Ca mansion along with her then-husband Tom Girardi. The house was put up for sale in May 2021 for $13 million amid divorce and bankruptcy claims.

Party People singer met Thomas "Tom" Girardi in 1998 at the age of 27 while working as a cocktail waitress at Chasen's restaurant. They began dating and got married in January 2000 in the presence of family and friends. 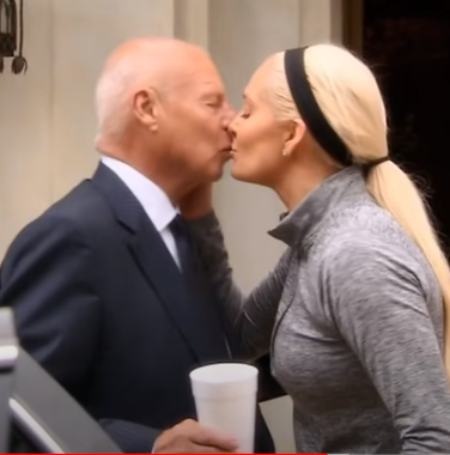 CAPTION: RHOBH star Erika Jayne and Tom Girardi got married in 2000 and filed for divorce in 2020 SOURCE: YouTube @IntrovertQueen

Sadly after two decades of marriage, Jayne announced her separation from Girardi in November 2020. Only a month after their divorce announcement, they were named in a lawsuit for allegedly embezzling funds that were meant for families of the victims of the 2018 Lion Air plane crash.

Likewise, on 17th December 2020, the Los Angeles Times published an article titled "The legal titan and the 'Real Housewife": regarding the couple's legal issues.