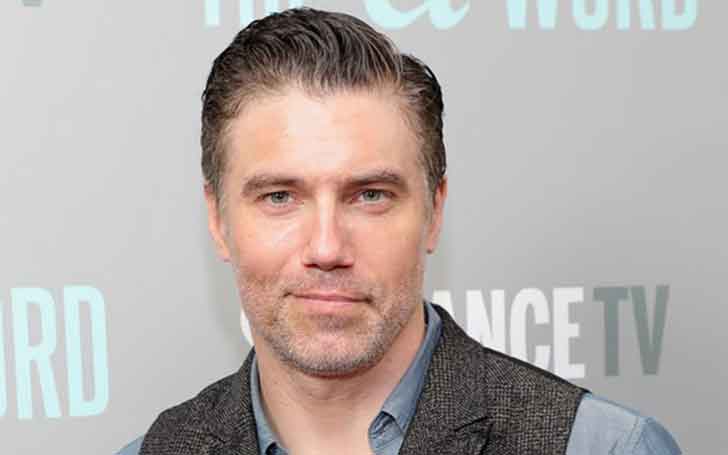 Ever watched the AMC show named Hell on Wheels? If you have ever watched even a single episode of Hell on Wheels, then you must be very familiar with the fictional character Cullen Bohannon. The role is played by American actor Anson Adams Mount IV. Also, he has appeared in short-lived NBC series named Conviction.

Anson has always been a role model for many guys out there, and he is a heartthrob for every girl. Well, sorry to burst your bubble but the actor is currently married to the love of his life, Darah Trang. Scroll down below to know more about his personal life.

49-year-old Mount is officially off the market. It was back in September 2011, when Anson Mount and Darah Trang started dating. As per reports, Darah is a photographer by profession. 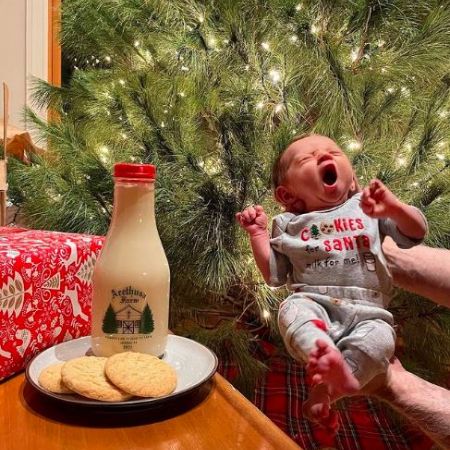 After dating for around five years and ten months, the pair got engaged on 8th Jul 2017. And after seven months of engagement, Anson married Darah Trang on 20th Feb 2018.

The couple is now living a blissful married life with no rumors of divorce and separation issues. The pair are now living in  Brooklyn, New York with their three dogs; Jax, Mac, and Betty Lou. The lovely couple welcomed their first child, a daughter, in December 2021.

The very handsome and talented Anson has always been reminding himself as a single cool dude for a long time before he dated Darah. He is a very secretive person hiding all his personal life information behind the curtains.

Going through the internet, he has shared a picture with a mysterious woman. Even though the media has always denied his dating rumors or any girlfriend rumors, he somehow seems to be dating someone. The couple's picture has made us wonder who the girl is. 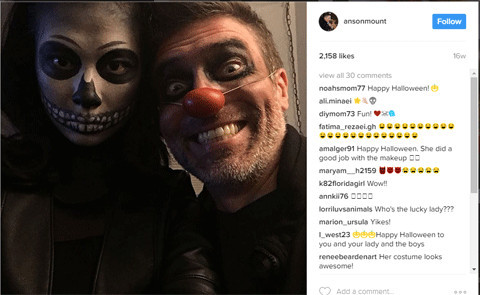 Caption: Mount with the mysterious girl during Halloween Source: Instagram

While observing the pictures carefully, it seems that they are just enjoying each other's company. They also appear to be extremely happy. Anson has always been quite active on his social sites. As of April 2022, he has over 115k followers on IG and over 143.8k followers on Twitter.

Anson Mount's Past Affairs- Who Was He Dating Before His Now-wife?

Speaking up about Mount's past affairs, he is believed to share multiple relationships. Remember the time when Anson and Britney Spears shared an on-screen relationship in 2002.

During that period, their fan wished that the couple to date, and there were some rumors regarding their real-life relationship. But the rumors were never addressed by both parties.

According to some sources, Anson once dated a woman named Famke Janssen. As a secretive person, he always tried to keep his relationship away from the media and the spotlight.

Moreover, he was also rumored to be secretly dating actress Wen Yi. But the couple never confirmed their dating rumors. Also, they were never seen hanging out in the public as well.