Does Automatic car exist? Find out about Google's Automatic or Autonomous Car 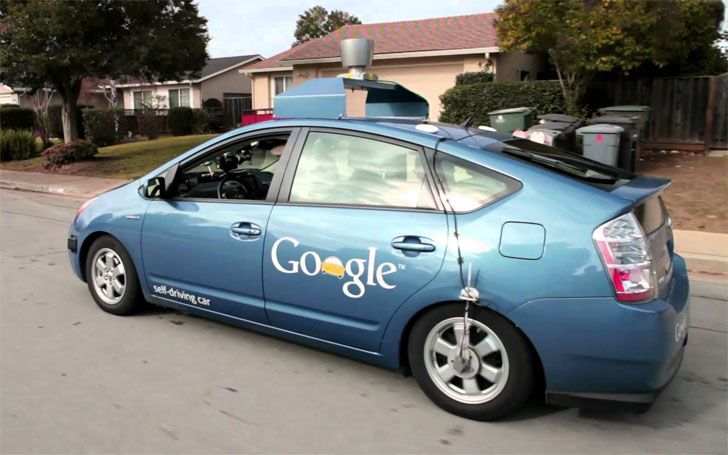 Google, is a leading organization in the field of technology, mostly famous for its search engine www.google.com. Besides that, it has several popular applications such as Gmail, Youtube, Google Drive, Google Map and Google Earth, Android OS, Google Docs, Google Hangouts, Google+ etc.

Presently the term Waymo is being very popular, a project related to an autonomous car registered under the company Alphabet Inc. it began in 2009 as a project under Google.

Previously known as Google self-driving car project transitioned as Waymo in December 2016, it was launched under Google’s leading company Alphabet. It explains Waymo as “a self-driving tech company with a mission to make it easy and safe for people and things to move around.”

The company Waymo is now control over by the automotive executive John Krafcik, which has been planning on making self-driving cars available to the public till 2020.

Firstly, the project was under the surveillance of Sebastian Thrun (former director of the Stanford Artificial Intelligence Laboratory) as well as the co-inventor of Google Street View.

In 2005, the Thrun’s team won the DARPA Grand Challenge and handed over $2 million prize money from the United States Department of Defense for making the robotic vehicle (Stanley).

Later in October 2010 the legal representative for the California Department of Motor Vehicles raised concerned relating to the overtaking of law by technology in past years. The attorney stated that “all presume to have a human being operating the vehicle”.

As per the article published by The New York Times in May 2011, Regulators and the policy makers have argued for new laws which will be required if the autonomous vehicles are to going to be a reality due to “the technology today is taking up rapidly so it is in danger of overtaking prevail existing laws.

In June 2011, Nevada passed a law concerning the continuing operations on autonomous cars in Nevada which came to action on 1st March 2012.

A Toyota Prius modified with Google’s techniques for an autonomous vehicle was first to issued license in the United States for a self-driven (autonomous) car by Nevada Department of Motor Vehicles (DMV) in May 2012.

In late May 2014, Google revealed a new prototype its autonomous car, which was steering less, brake pedal, or gas pedal, being fully autonomous. And revealed a fully operating prototype in December of the same year, further they planned to test on San Francisco Bay Area road in 2015.

Former CEO of Santa Clara Valley Blind Center, Mr. Steve Mohan, he was the first person granted with the first autonomous ride on public roads in Austin, Texas in 2015. In December 2016, the team was given a new name Waymo.

The team furnishes a various type of cars with the autonomous apparatus, involving Lexus RX45oh and the Toyota Prius, Audi TT, Google has invented its own custom vehicle, i.e. gathered by Roush Enterprises which uses equipment from ZF Lenksysteme, LG, Bosch, and Continental.

In May 2016, Google and Fiat Chrysler revealed an order hundred Pacifica hybrid minivans to experiment the technology accordingly.

Google’s robotic cars have about $70000 LIDAR system and about $150000 in equipment. The distance tracker mounted at the top is a 64-beam laser (Teledyne). It allows the vehicle to create a detailed 3D map of its environment. Later, a car takes the generated maps and assembles them with the high-resolution maps of the world, generating various types of modules which allow it to self-drive.

According to Google’s own analysis, test cars have been involved in 14 crashes, in which other drivers were at gone bad 13 times.

In July 2015, Google’s 23 autonomous cars have been involved 14 minor crashes as of that date.On the same date, three of the Google’s employees went through slight injuries while the self-driving system failed to brake at a traffic light.

Additionally, in 2012 founder of Google, Sergey Brin announced that Google Self-Driving car will be publically available in 2017, which was later updated by a project director, Chrish Urmson and dated from 2017 to 2020.

Later in December 2016, CEO John Krafcik revealed that their technology is being useful in private vehicles, logistics, ridesharing, or solving last mile difficulty to the public transportation.

You Might Want to See This As Well: Amazing or Unknown Facts about Mobile or Cell phones