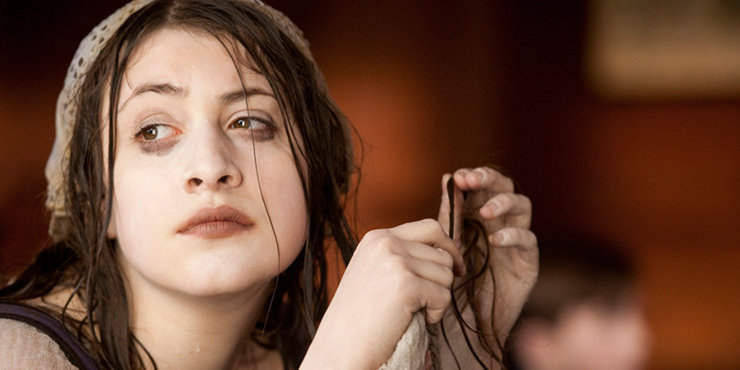 It’s Georgia Groome. Yes, the beautiful English actress Georgia Groome who rose to fame portraying a 14 year old ‘Georgia Nicolson’ in the acclaimed teenage rom-com Angus, Thongs and Perfect Snogging.  The actress who is also appreciated for her performance London to Brighton lately was seen playing a snobby fashion victim Katie in the movie Papadopoulous & Sons alongside Stephen Dillane.

Well, reports have it the actress is currently single and yet to find her Mr. Right. Just like her onscreen character from the movie Angus, Thongs and Perfect Snogging, may be Georgia is searching a boyfriend for herself in her real life too.

The 23 year old Brit reportedly dated Actors Aaron Taylor-Johnson and Rupert Grint in the past.

The lead pair of Angus, Thongs and Perfect Snogging Groome and Johnson apparently got close to each other while doing the movie in 2008. The co-stars were spotted together multiple times and gave several interviews together during the movie promotions. The great chemistry they shared both onscreen and off-screen fuelled the buzz of them being in a relationship. However, they never accepted the reports of their love affair. Her alleged ex Aaron has now found his love in director Sam Taylor-Johnson, 23 years his senior. The 25 year old Aaron and his director wife Sam had tied the knot in 2012. Sam who had directed Aaron in her directorial debut, Nowhere Boy is also director of commercially-successful erotic drama ‘Fifty Shades of Grey’.

Georgia later was rumored to be in a relationship Rupert Grint, Ron Weasely of Harry Potter series during 2011. The alleged couple were spotted together on several occasions. During one of their dates, Rupert and Georgia were seen holding hands and even spent the evening together at The Wheelbarrow pub in Camden, North London.

Though the relationship is said to be a brief one, most of the insiders and fans were aware about their affair. However, the two never admitted being in love though they looked great together!!

The British actress was born in Derby, England to a publican and chef Father and a drama and vocal coach Mother. Her father, Paul Groome passed away in 2009. As per reports, her childhood was full of tough experiences however she grew up as a regular teenager. Her sisters are associated with acting field. She likes to call herself a normal girl who loves her family and fights with her sister often, like regular siblings. Groome has completed her degree in English from King’s College London. She trained at her mother's drama school, Nottingham Television Workshop and Derby Youth Theatre.