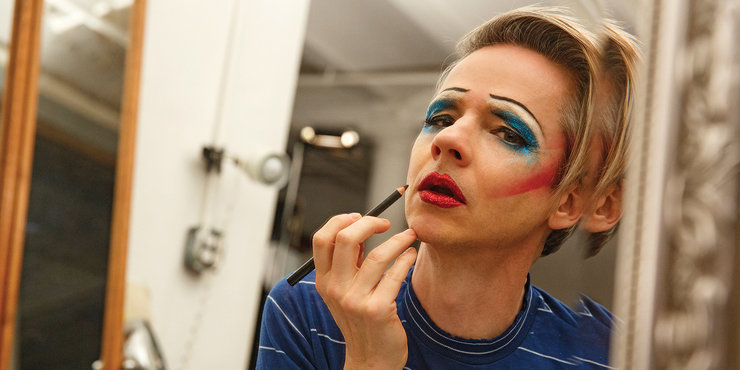 John Cameron Mitchell is a front runner for all gay artists in Hollywood. He recently talked about how he got over the death of his ex-boyfriend Jack Steeb, who died ten years ago after succumbing to addiction.

In his most recent interview, John said that Jack Steeb was the best man he ever knew. John said so, not in relation to the relationship he was having with Jack, but regarding Jack as a person. He, till date, considers Jack to be a benevolent man who lived for others.

He has also said that the loss of Jack changed him completely and motivated him towards becoming a better person.  He said that he forever draws inspiration from Jack and most of his work has been directly or indirectly influenced by his late partner.

He added that the individuality and courage resonating from Jack while they were together was contagious and outwardly. John believes he contracted most of his rebellious personality from his partner, which in turn has helped him shape audacious and thought-provoking characters in his numerous works over the years.

He has also said that the intensity of the love he shared with Jack left a mark on his conscious, which enabled him pursue his dream of shaping a transgender character for Broadway. Recently, when John was awarded the prestigious Tony award, he said the award was especially dedicated to his former partner, Jack Steeb.

John has also said that after his partner passed away ten years back, he had a lot of difficulty dating people. However, he overcame those obstacles and began dating again. He has said that although he might date other people, he is never going to maintain anything serious with another person again.

John has never been married and has said many times in the past that as a child he never dreamed of having a wife or kids. He also clarifies that while he did not a girlfriend growing up, he had numerous boyfriends.

As a gay man, John has said ”People expect us not have children. But I, for one, plan on having at least two by any of the different means possible in today’s world”.

As a professional, John considers himself a theater artist. His play “Hedwig and the Angry Inch” has been regarded as one of the best contemporary plays in the world today.  Nevertheless John, as a film maker, has had substantial success and has managed to win the Best Director Award in the Sundance Film Festival.

His movies “Rabbit Hole “,” Shortbus” and “Hedwig and the Angry Inch” all have gone on to win many awards at various film festivals and award ceremonies around the globe.

John is also a very popular figure in the LGBT community around the world. He is most followed on Instagram. His net worth remains undisclosed.