Five Facts you need to know about Morgane Stapleton

Well, we all know who Morgane is but if in case you don’t know her then she is an American singer and songwriter and is globally recognized as a musician. Without any delay let’s know five facts in detail about Morgane Stapleton.

Morgane Stapleton is a twofold degree holder in major in human science and management. She got married to Chris in 2008 after a very long affair. The couple have two children a son and a daughter

It’s true that Chris and Morgane are expecting twins as they shared the news on Instagram on 2017 October 30 with a caption of- 14 years two babies and two more on the way. Happy 10-year anniversary babe- You Make my whole world go round on their ten years marriage anniversary.

Well, we might be quite clear about the facts that Morgane and Chris been married for more than ten years. And they are one of the most romantic couples.

Morgane played an important role after the death of Chris’s father as it badly affected Chris’s life. But Morgan was there and supported him. She knows that something needs to distract Chris.

And in 1997 Jeep Cherokee took him across the country with Morgane to inspire Chris and at that time Traveller was created but they ended it along the way.

Youtube: Five facts you need to know about Morgane Stapleton

Both Morgane and Chris have the same profession, and they met each other at the legendary Sea Gayle Music while publishing company in Nashville as their first date started by writing a song. During an interview, Morgane said that she has a crush on Chris. But more for his talent. 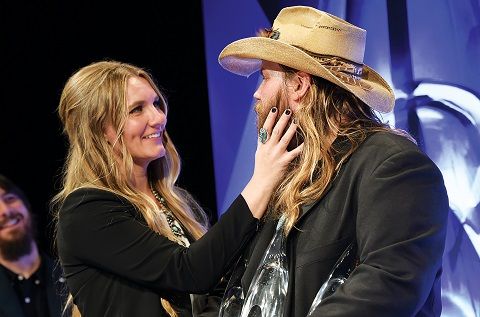 It's true that Morgan is a free-spirited but not only Morgan, Chris also seems the same as his beard, hat, dress identify he is free-spirited stylish. 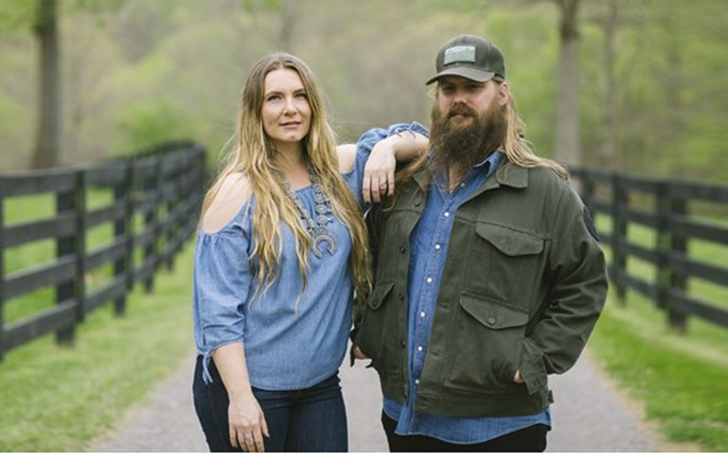 Morgane is also a talented songwriter in her own right as she built a name for herself in the world of music. As she has written Don’t Forget to Remember Me by Carrie Underwood, for which she provided vocals. She also has written You Ain’t Right for LeAnn Rimes. 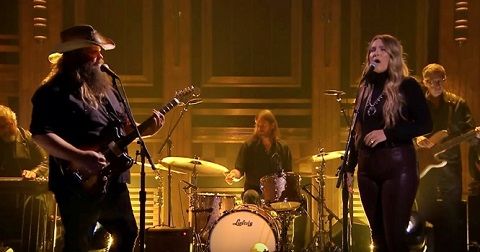 Well, this is not an end as we have some more interesting short facts about Morgane Stapleton. Check out here is it: