A Canadian actor, Finn Wolfhard is best known for his role in the Netflix original series, Stranger Things. So let’s know the five interesting facts about Finn Wolfhard that will blow your mind.

Well if you love the series Stranger Things, then without any doubt we can say that you also love Finn Wolfhard. As he has risen gradually to the glory since he started his career as an actor. So without any delay let’s know some of the five facts about Finn Wolfhard.

Five facts you need to know about Finn Wolfhard

Finn Wolfhard was born on 23 December 2002 in Vancouver, Canada. Wolfhard started his acting career in acting Craigslist. And at the age of 15, he is able to make an impact in the film industry that not many actors are willing to do.

In the year 2018, Finn joined the cast of The Goldfinch. John Crowley directed the adaptation of the Donna Tartt’s novel. Finn is portraying as Young Boris Pavlikovsky; this character is said to be a Ukrainian troublemaker and also a student. The film is scheduled to be released on 11th October 2019. 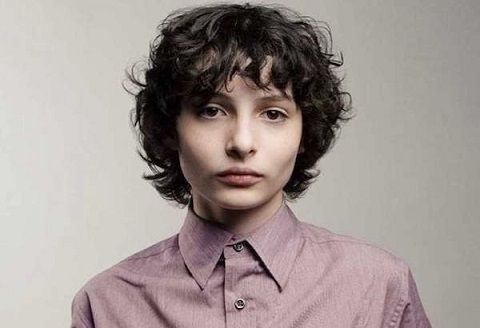 4. Finn Wolfhard- Was sick during an audition for Stranger Things

It’s a quite unrevealed fact about Finn that he also a talented Guitarist. We all know him as an actor of the Stanger Things, but beside his acting, he’s also a talented guitarist. He showed his guitar skill through the social media (twitter) in a 20-second clip. You can check out that clip just here:

He even started a Toronto based band with his three friends, and during an interview, they revealed that their biggest influence is Mac DeMarco, Billy Joel, and Twin Peaks.

We all know that Finn was born in Canadian, but he said that he has weird blood. Well, this might be because he is also of French, Jewish, and German heritage. As per the report of IMDB, Finn said: “It’s really strange as I have weird blood.” 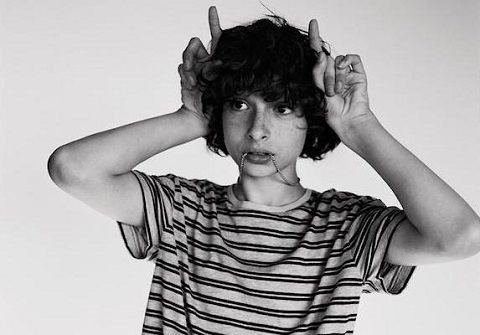 AS per the 1st and 2nd season of the Netflix series Stranger Things, Finn along with co-actor like Gaten Matarazzo, Caleb McLaughlin, Millie Bobby Brown, made quite an impressive amount of money and their net worth is somehow more than other stars in Hollywood.

Well, the 1st season had total eight episodes and 2nd season has total nine episodes which made a totaling of more than ½ million dollars ($30,000) in salary only form the series for Finn. 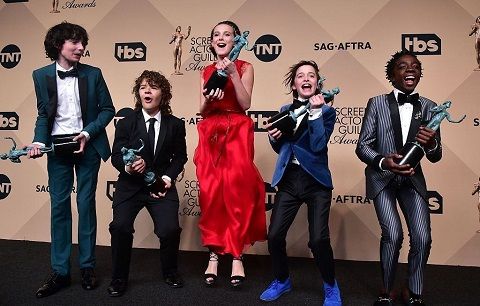 1. Finn thinks that Pennywise is scarier than the Demogorgon form Stranger Things.

2. Finn also appears in the music video for Sonora by spending time Magic. He plays another sneaky but well-meant teen with a crush.

3. Finn loves some of the bands like Guns’N’Roses, A-ha, Tears for Fear. He also loves horror movies of Steven Spielberg.

4. Well talking about his best friends, they are the other remained cast of the Stranger Things.

5. Besides his own band, Finn also has appeared in other four music video for indie bands like PUP and Facts.