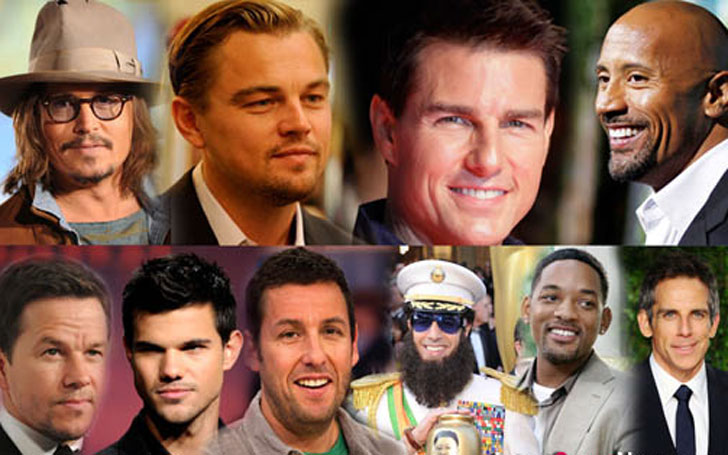 We can only begin to imagine what it’s like for insanely rich actors as they sit in their Hollywood mansion while laughing at us. And earning a hell amount of money, ofc. Today, we are counting down our picks for the top 10 highest paid actors in the world. Some of the names might surprise you. Stay tuned.

1.Dwayne Johnson (The Rock) Highest Paid Actors in the World

Well, we all do know that he is a wrestler too, right! And he has been able to collect a huge amount from his wrestling career too. But Hollywood made even bigger, hotter and the richest among all actors. As indicated by ‘The Forbes’, Johnson demands $64.5 million per movie since 2016, if you don’t know it. He earns a big paycheck to go with his big muscles.

The 2nd highest paid actor, Jackie Chan, he earns around $61 million per movie. And he doesn’t just appear as an actor, he is a producer and an investor as well. Chan is also known as ‘King of China’s Burgeoning box office’.

Starring in Martian, Bourne series and more, this guy has overrun top actors in Hollywood. Matt demands $55 million per movie and he has been earning pretty much of an amount in Hollywood. However, he is on 3rd spot as of 2016.

Do you know, the 5th series of the Mission Impossible grossed over $2.8 billion globally. And this guy demands $53 million per movie, insane number, huh! Even when he is 53 now, Cruise still gets action movies for him and he nails it every single time and he gets a hell amount of money.

Though he hasn’t been able to win an Oscar for all the epic characters he played in his whole career, he still demands pretty big amount for the role, maybe around $48 million. From ‘Edward Scissor hands’ to ‘Black Mass’ and all the movies, if you think about it, he is freaking rich, I must say.

‘The Hunger Games’ franchise made Lawrence quite popular, and since then, she has been demanding freaking amount of money. As Forbes indicates, she gets around $46 million per movie. And ofc, she is the first woman to get on the ‘Top Highest Paid Actors’ list in 2016.

Ben Affleck demands around $43 million per movie as of 2016. Playing superhero movies and being ridiculously good looking, the guy is ahead amongst some of the greatest actors. His recent movie ‘Batman Vs Superman: Dawn of Justice’ grossed over $870 million worldwide and it helped him grasp highest annual paycheck yet.

Vin Diesel has been active with movies and stuff since the very beginning, but the ‘Fast and Furious’ franchise made him one of the highest-paid actors in Hollywood. He demands about $35 million per movie. And like always, hell of a guy.

For the Ghostbusters remake, McCarthy demanded a hell amount of money for the role, we might not be aware of the exact amount, but 8 figures it is. And as of 2016, she gets around $33 million per movie. And yea, she is the second woman to hit the list. Pretty chic, right!

To let you people know, Khan is the first Indian actor to hit the top 10 list in the world, which is pretty cool. Well, we are not talking about Hollywood for a while here, Khan is all over Bollywood and he demands about $33 million per movie. I know, insane.

So, these are the top 10 highest paid actors in the world, it talks about both Hollywood and Bollywood. And to let you guys know, they not only earn from movies, endorsements deals help them generate their net worth pretty much as movies. Lucky and hardworking people, I must say.