After a person become popular, his or her personal life gets more prioritized by the people than their professional life. In the same context, we are here to discuss the married life of Felipe Esparza with his wife, Lesa O'Daniela and also their children.

Esparza is a Mexican stand-up comedian and actor better known for his stand-up special They're Not Gonna Laugh at You. Similarly, at last, we will further discuss his professional career too. So, get to know everything about Felipe Esparza's professional as well as personal life.

41 years old versatile actor Felipe Esparza is married to wife Lesa O'Daniel. Along with his successful professional career, Esparza too has a blissful married life. Esparza and Lesa tied the knot back in December 2014. 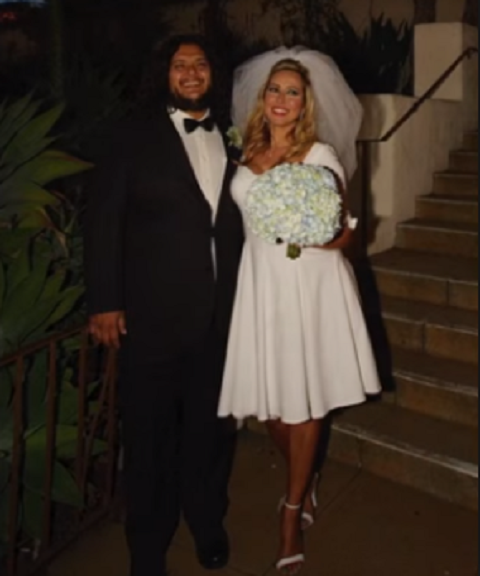 Lesa is a producer of his HBO show, Translate This. At the time of their marriage, Lesa already had a son from her previous relationship. Their wedding moments were photographed by a comedian Felicia Michaels. All the photos of their wedding were uploaded on YouTube in the form of a video later in 2015 by Felicia. 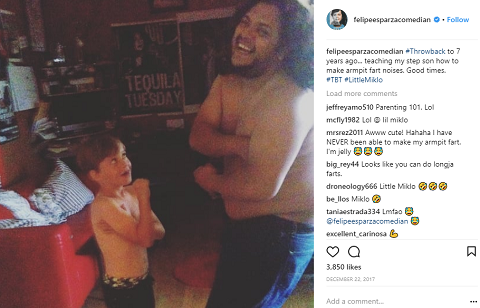 Along with their profession, Esparza and Leza are successfully maintaining their family. In an interview, Esparza mentioned his wise as his business partner and also a manager. They have saved up some money, got crew together, and further did the whole thing together.

The couple is living happily and enjoying their married life. And till the date, the couple hasn't been any part of controversy regarding their divorce and other affairs. 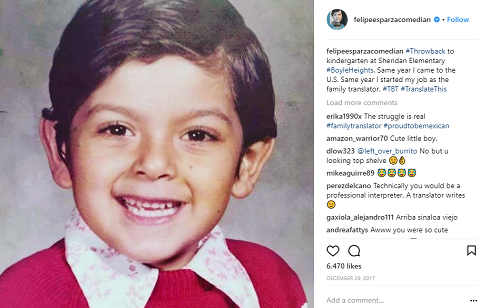 Before starting his comedy career, Esparza was a gang member at the early 20s and started selling drugs. He was also badly addicted to the drugs but was sent to rehibition center by his mother after she knew about Esparza's addiction to drugs.

In 1994, Esparza started his comedy career, and at that time he was still at rehab. Well, he first came to spotlight after he appeared in the Last Comic Standing in 2010. After that Esparza TV series Latino 101 from 2010 to 2011. 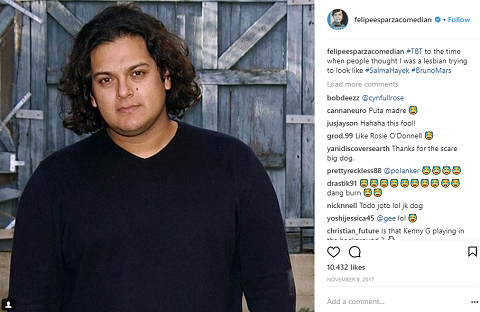 Later in 2012, Esparza even started his own show They're Not Gonna Laugh at You. Furthermore, he also launched another program What's up Fool? And has also appeared in several TV serials including 'The Tonight Show,' 'BET's Comicview,' Unleashed,' 'Lopez Tonight' etc. In 2017, he appeared in the comedy show Translate This which premiered on September 30, 2017, in HBO.