When you are a child of a celebrity then you already are a celebrity. However, Stella McCartney, daughter of the legendary musician Paul McCartney and wife of Alasdhair Willis is a self-made woman, having made her name in the fashion industry on her own.

Stella is an accomplished fashion designer, that does not need to be proved, but here we present you an interesting story about how she is a good wife and protective mother. Make sure you stay until the end.

Stella and Husband, Willis Happily Married For More Than 14 Years

The love story of Stella McCartney and her hubby, Alasdhair Willis is different, one you might not have heard before. Willis was, in fact, her business counselor.  So they were connected through a business meeting. In their words,

"[It was] love across a breakfast table[at Brown's]." 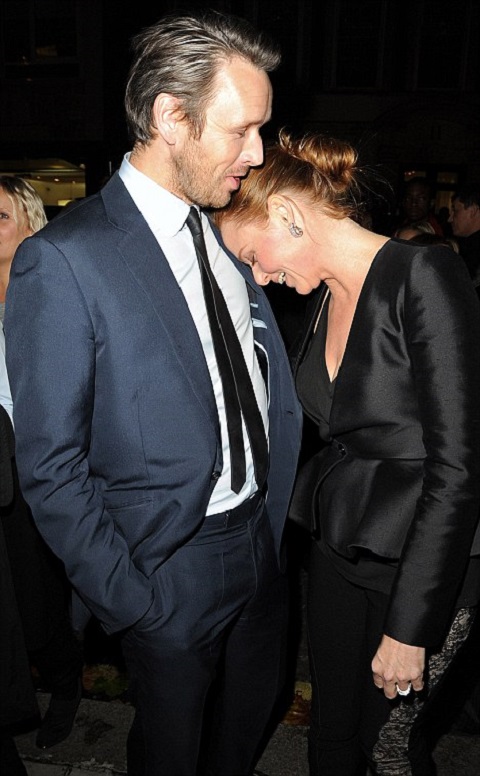 The couple then tied the knot back on August 30, 2003. Since then they have never looked back. Now it has been more than 14 years, and the couple is sailing smoothly so far so good and hope they will to the end of life. On the other hand, Stella's career is also cruising at full speed.

As her wife, Willis is also a dedicated husband. The creative director of shoewear brand Hunters has never missed Stella's show. Likewise, Stella also made sure she returned her husband's favor.

She along with her dad, Paul also attended the Hunter Spring/Summer 2015 show lead by her husband, Willis in London. 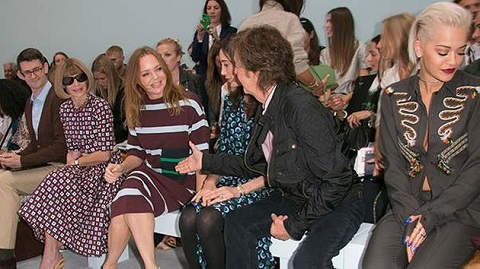 Despite being parents of four, they always seem to find time for each other. It looks like spending time with each other is very important for them. It should be for every couple. This must also be one of the reasons they have survived more than 14 years together into their marriage. 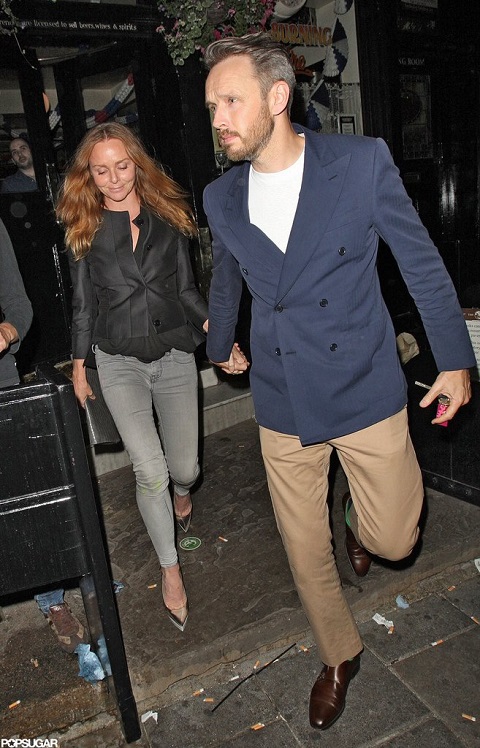 [ CAPTION: Stella McCartney and her husband Alasdhair Willis in a pub in London ][ SOURCE: popsugar ]

They are also seen in several events together, even sometimes to games too. And with both of their busy schedules, they do need vacations. The couple was spotted vacating on the Caribbean Islands in St Barts in January 2017. 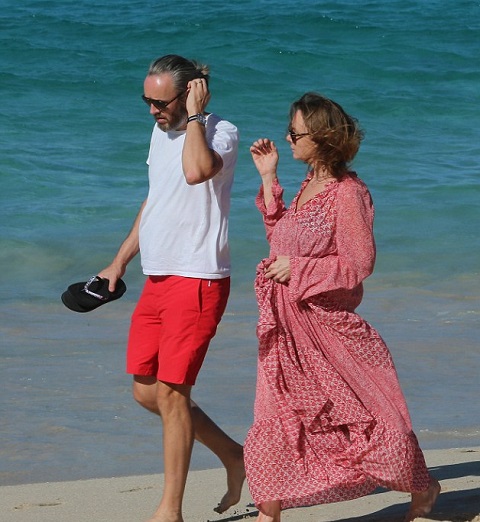 [ CAPTION: Stella and her husband on vacation on the Caribbean Islands ][ SOURCE: dailymail ]

For Stella and her husband, Family Always Comes First

Hey did you know? Stella McCartney received OBE from the Queen of England, herself. Yes, she is not a common fashion designer. Here's a video.

For Stella and her hubby, family always comes first. The couple has demonstrated this on many occasions. Like after the Spring/Summer 2017 couture collection at Paris Fashion Week, she preferred to return to her family to celebrate. 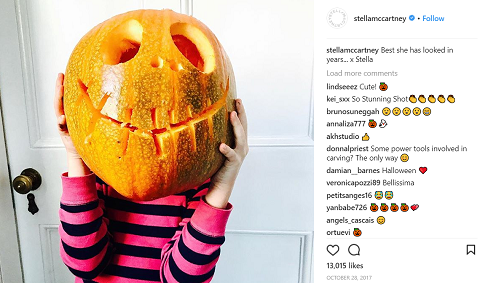 Now moving on to their children. The duo shares an immense love for babies else why would they have four children?

Whenever Stella launches new products or a collection, they can be found all over the media including her social accounts but when it comes to her family, especially her children the 46-year-old designer mom is overly protective. She wants to keep her family out of reach from the hands of media. 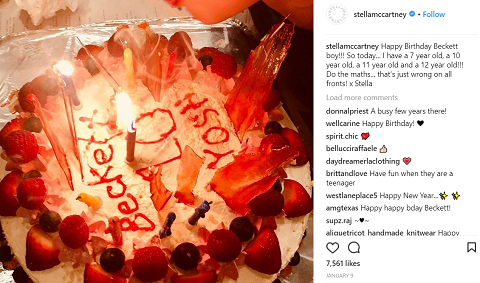 But recently she posted pictures of a cake of her son, Becket's 10th birthday on Instagram. Sure she did not post pictures of her son but cake! That makes sense.

However, that does not mean others can post pictures of her children. Stella proved that she would not forgive anyone who interferes with her children's security, even when it comes to celebrities. 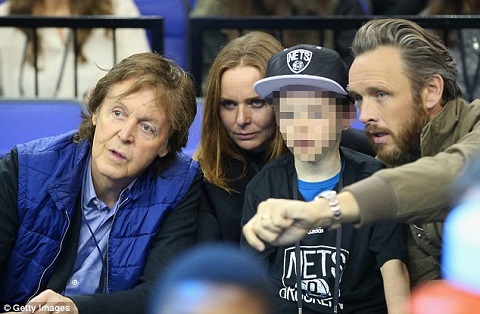 Recently the Beckhams crossed the line concerning one of her daughters. Last year in July, Riley had been invited to Beckham's daughter, Harper's birthday party at Buckingham Palace. So what possibly had they done? They made the mistake of posting pictures of Harper with her friends including Riley. 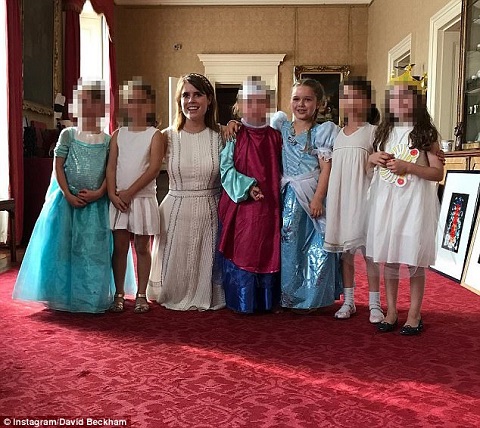 [ CAPTION: The picture which made Stella furious at the Beckhams ][ SOURCE: Dailymail ]

The problem was Stella wants her children hidden from the media and no wonder why she has never put pictures of her children on her social accounts. 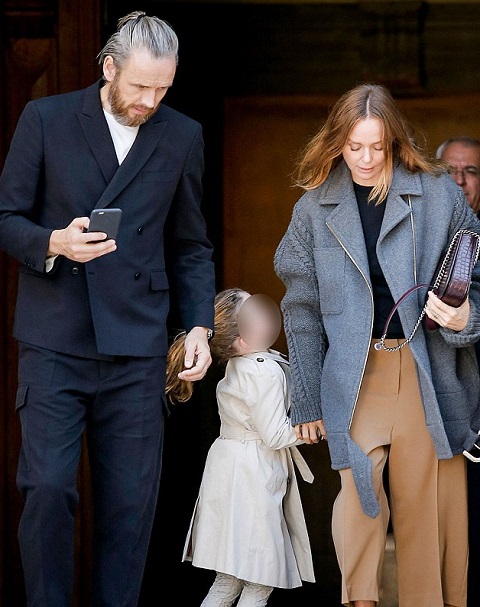 [ CAPTION: Stella McCartney with her husband and daughter ][ SOURCE: Dailymail ]

So you think the former creative director of Chloé would go soft on them? Nope. She was furious at them, and the rage could be clearly seen on her face when Stella arrived at Wimbledon with her husband. She was still not ready to forgive them yet.

Now time will only tell when she will allow the Beckham's in, given the couples are very close to each other. The McCartney couple became close with the Beckham couple after the stunningly handsome footballer, David Beckham hired Willis as a style consultant in 2010. 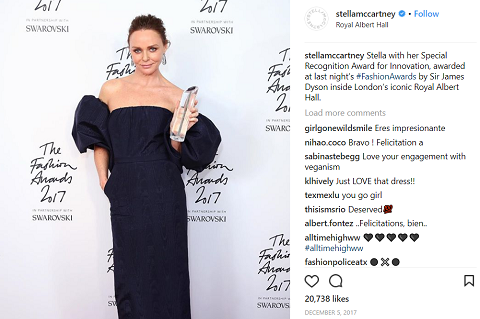 Her name, Stella itself has now become a popular fashion brand. Her designs are spread over 50 countries with 600 wholesale sellers. Just in December, she was honored with Special Recognition Award for Innovation at the Fashion Awards held at  London’s iconic Royal Albert Hall.