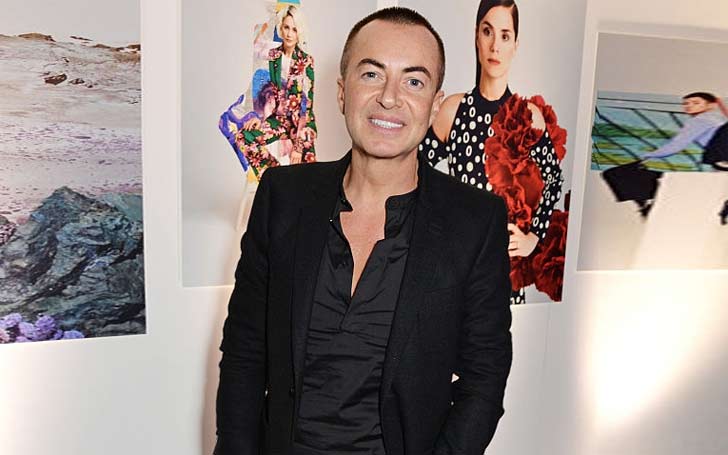 Fashion designer Julien Macdonald is all set to launch his new collection of dresses with Mother care. The Welsh fashion designer who has appeared as a judge on the television programme, Britain & Ireland's Next Top Model recently surprised everybody after he made an announcement at his London Fashion Week show.

With this announcement, the international fashion designer has ventured out into the kids’ wear arena.
Macdonald, who was named "British Fashion Designer of the Year" is often known for his slashed-to-the-thigh red-carpet glamour and his collaborations with high profile stars like Kylie Minogue, Cheryl Cole, Heidi Klum and Kim Kardashian.

Macdonald and Mothercare will be launching ‘Smile’ in association with Select Licensing. Smile is a newborn collection that will be designing dresses for babies aged not more than two. The project will be launched on April 20 and the debut collection will feature 31 pieces of ready-to-wear jersey casuals and limited edition occasion wear for little girls and boys.

“I have such a passion for the design of children’s clothes so to collaborate with Mothercare is very exciting,” said Macdonald. “My fabulous designs combine both luxurious fabrics with delicate detailing as well as some gorgeous characters to make children smile.” And this must be the reason why the brand is being called “smile” because that’s what children’s love to do and a sight of them make us smile.

Macdonald further added: “The collection features classic new-born pieces, sprinkled with unique touches and playful attention to detail. The entire Smile collection has been lovingly put together for Mothercare’s customers.”

“For the boys, casual, bright, jersey pieces in all over prints sit alongside a cheeky tiger motif, and include playful details such as 3D tiger ears, textured paw prints and tails on the reverse of selected pieces.

“And for little girls, shades of pastel and bubble gum pink are mixed with a baby-friendly leopard print.  Animated prints of Honey, a character based on Julien’s very own god-daughter, and her furry friends decorate baby grows, bodysuits and top and legging sets,” the online magazine Style Nest described the range of clothing for girls and boys.

Besides this,  Smile will also feature ‘an eight piece limited edition occasion wear collection featuring a blush pink dress with tutu netting and an intricate silver embroidered floral pattern’ for little girls and ‘fashion forward faux leather trim blazer, t-shirt and trouser set featuring a 3D bowtie with eyes and a sassy slogan saying, “This is what dapper looks like”’ for young hunks.

We can’t wait for his new collection to hit the market.

Macdonald is currently single and is not dating anyone. Rumors are high that this fashion designer is gay but it is yet to be confirmed. But his single status and lack of girlfriend or wife has been strengthening the rumors even more. But we can’t determine his sexuality based on her relationship status.
His net worth is estimated to be £6 million.