Eric McCormack has been happily married to his beautiful wife, Janet Leigh Holden for almost two decades. He met her on the set of Lonesome Dove and started dating.

The couple has been together since 1997 and they even have a son named Finnigan Holden McCormack who was born on 1st  July 2002.

But even though the Emmy winning actor is all set to complete two decades of his marriage with Holden, he is still plagued by gay rumors. The talented actor played the role of a Manhattan-based gay lawyer in one of the television’s most successful sitcom "Will and Grace".

And now almost ten years after the end of the show, McCormack is still haunted by the gay image of his character in his real life as well.

The good looking and gifted actor has been tagged as a gay and there are many people who do not want to even consider the fact that he might be straight. Wake up, people! Just because someone plays gay in a movie or a TV show, does not mean that person is a gay in real life. 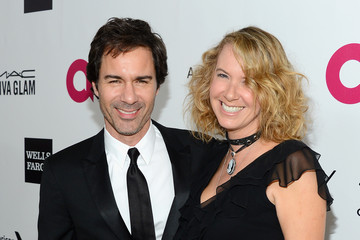 There are many such straight stars, who play LGBT character on-screen and there are countless gay actors who portrayed heterosexual characters on-screen.

He has a son and a wife of 18 years. So, if he was actually a gay then we’re 100 percent sure that a confident person like McCormack would have never hidden his sexuality.

Moreover, now that homosexuality is pretty much accepted in North America and same-sex marriage is legal in both Canada and the USA, there is no reason for him to stay in the hypothetical closet.

McCormack has been rumored to be gay for a very long time and such silly and baseless rumors have created a lot of annoyance in his married life. It has been reported that the actor and his life partner are not happy with all the nasty talks that go behind the couple’s back.

The tittle-tattle about his sexuality has hurt his marriage and the husband and wife duo is extremely upset with those who still believe that McCormack is gay. 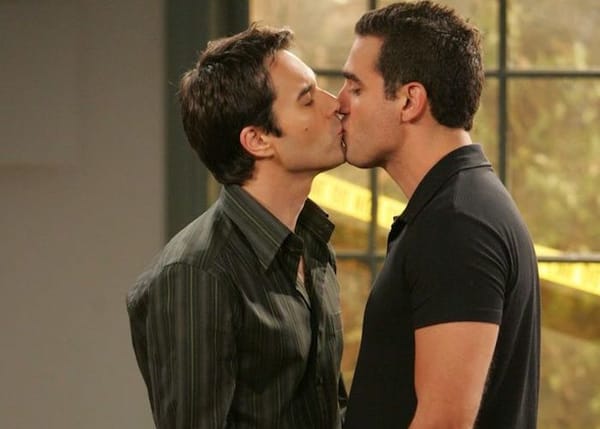 [ CAPTION: Eric McCormack in Will and Grace ][ SOURCE: instinctmagazine.com ]

It’s not just his fans who claim that he is not straight. After over a decade of playing a gay character, the handsome man has hardly gotten the opportunity to show off his true potential. He wants to move from TV to movies but his image has held him back.

'I have this big pink cross to bear,' he once said while attending the International Television Festival in Edinburgh. 'I absolutely loved playing Will. There was nothing hard about it. It was wonderful. But the only downside is the aftermath.

'I meet all these film executives who tell me how much they loved Will and Grace and say they never missed an episode. Then they say, "So what can we do for you?" What they could do for me is hire me to play someone else.'

The actor, who is a supporter of same-sex marriage, also attended a march in Fresno, California, on 30th May 2009 against the Supreme Court of California’s decision to ban same-sex marriage which was approved by voters in November by ballot Proposition 8. He openly supports LGBT community on Twitter.

So what we think is, gay or straight, everyone is equal and just because he played gay does not mean McCormack is incapable of working on movies and one should not judge people by their sexual orientation because gay people are no lesser than straight people.